OPINIONS New Delhi in danger of being led astray

New Delhi in danger of being led astray 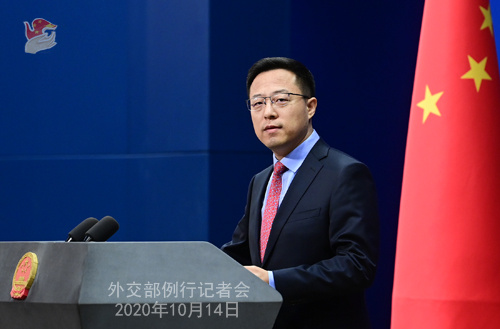 Although both India and China say the seventh round of corps commander-level talks on Monday were "positive and constructive", it will take actions on India's part to show that is not just diplomatic sweet talk.

Such phrases were heard after the very first round of meetings, and what India has done betrays its feigned sincerity to ease tensions.

While Beijing said both sides are of the view that the meeting was positive and constructive, and agreed to jointly safeguard peace and tranquility in the border areas, India inaugurated 44 newly built bridges in those very areas on Monday, 16 of them providing all-weather access along the disputed border with China.

That Indian Minister of External Affairs Subrahmanyam Jaishankar said late last month the government has doubled its budget for infrastructure construction in its border area with China means more roads, bridges and facilities will be built in the sparsely populated regions, with the aim of making the deployment of troops and the transportation of military supplies easier.

As Zhao Lijian, a spokesman for the Chinese Foreign Ministry, said, such moves will undoubtedly complicate the border situations and must be shunned to prevent the two sides' previous efforts to ease the tensions from being in vain.

However, India seems to be content with its scheme of talking peace while preparing for war. Its continuous construction of infrastructure in the disputed border areas and its undisturbed reinforcement of military forces in the region are the root cause of the rising tensions between the two neighbors.

Also on Monday, the obsequious hospitality New Delhi demonstrated in its reception of visiting US Deputy Secretary of State Stephen Beigun ran counter to the heartfelt sincerity it has professed for friendly relations with China.

The US guest felt no qualms about turning the India-US Forum opened upon his arrival into a rostrum from which he lectured India to be tough on China, toward which, he said, both India and the US have been "too cautious".

Ironically, although Beigun said the US respects India's proud tradition of strategic autonomy and does not seek to change it, he made clear that the US wants India to join its efforts to contain China.

India's participation in the security meeting hosted by the US with Japan and Australia in Tokyo on Oct 6, and the scheduled parallel meetings between US and Indian defense and foreign secretaries later this month reveal how far New Delhi is being misled by the US scheme of reaping the spoils from the border frictions between India and China.

Although both New Delhi and Washington are speculating on each other's tensions with Beijing to meet their respective narrow ends, it will be India that finds itself being used as an expendable pawn in the end.