A total US ban on the purchases of Iranian crude oil took effect on May 2, according to the Voice of America. Last month, US Secretary of State Mike Pompeo announced the US would not extend sanctions waivers for Iranian oil importers including China, India, Japan, South Korea and Turkey. The countries were told to stop buying Iranian oil by May 2, or face sanctions. 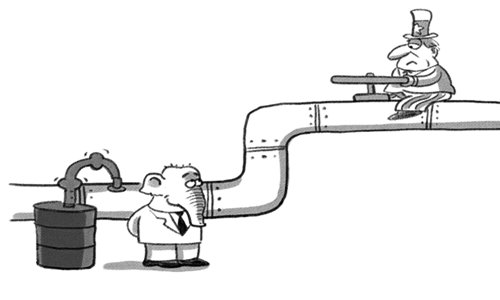 Indian authorities indicated that since the US announced this unilateral policy, it had been working with other countries to guarantee India's energy supply. This is a compliant attitude toward the US unilateral policy. As the general election is ongoing in India, such an action by Narendra Modi's government has been condemned by the opposition Congress Party.

For the 2018-19 fiscal year, India imported about 23.5 million tons of oil from Iran. US unilateral policy would see India pay more on energy. Sanctioned by the US, Iran is giving India many favorable treatments, such as 60 days of credit for oil purchases, Indian rupee payment, bartering trade for oil, while India imports oil from Iran with relatively low transportation and insurance costs. It is difficult for India to find alternative countries that offer such favorable terms. India has serious foreign trade deficit, mainly because its imported energy costs too much in foreign exchange reserve. Meanwhile, India's oil refining companies specialize in processing medium and heavy Iranian crude oil. From low-sulfur heavy crude oil with lower processing costs to higher-priced light oil, it not only costs more for raw materials but also requires changes in the process flow and techniques to open new markets.

According to previous experiences, the rise in international oil prices will affect India's domestic energy prices and influence industrial and agricultural production costs, leading to higher food prices and eventually higher inflation. The reason why Modi's government has maintained a high level of economic development in the past five years is closely related to the low energy price of international market.

The US unilateral policy would place India under geopolitical and domestic pressure. In fact, since the US introduced the new sanctions last year, India's procurement of oil from Iran dropped 50 percent.

Indian refiners have also been trying to mix heavy crude oil produced in Iran with light petroleum produced in the US. But the country's Iranian oil imports are not only for energy consumption but also for geostrategic purposes.

Iran and India have close political and cultural ties, with Pakistan in between the two. India is building the Chabahar Port and the International North-South Transport Corridor in Iran which enters Afghanistan and Central Asia bypassing Pakistan, competing with China-Pakistan Economic Corridor and the Gwadar Port to hedge the influence of China's Belt and Road Initiative.

In addition, India also hopes to maintain a balance between Sunni Muslims of Saudi Arabia and Iranian Shiite Muslims to show its unbiased position in domestic politics. If India completely abandons Iranian oil imports, it would suffer geostrategic and domestic political pressure.

India believes China will not accept the US policy, and that some EU countries will not necessarily accept it as well. Thus, India can get a free ride from these countries. India could reduce Iranian oil imports but would hold its line to maintain the geostrategic relationship with Iran and ensure certain oil imports in rupees. India will strive to maintain its relationship with Iran for political reasons or acquiesce and encourage Indian companies to import Iranian oil through private tankers owned by private companies to evade the US sanctions.