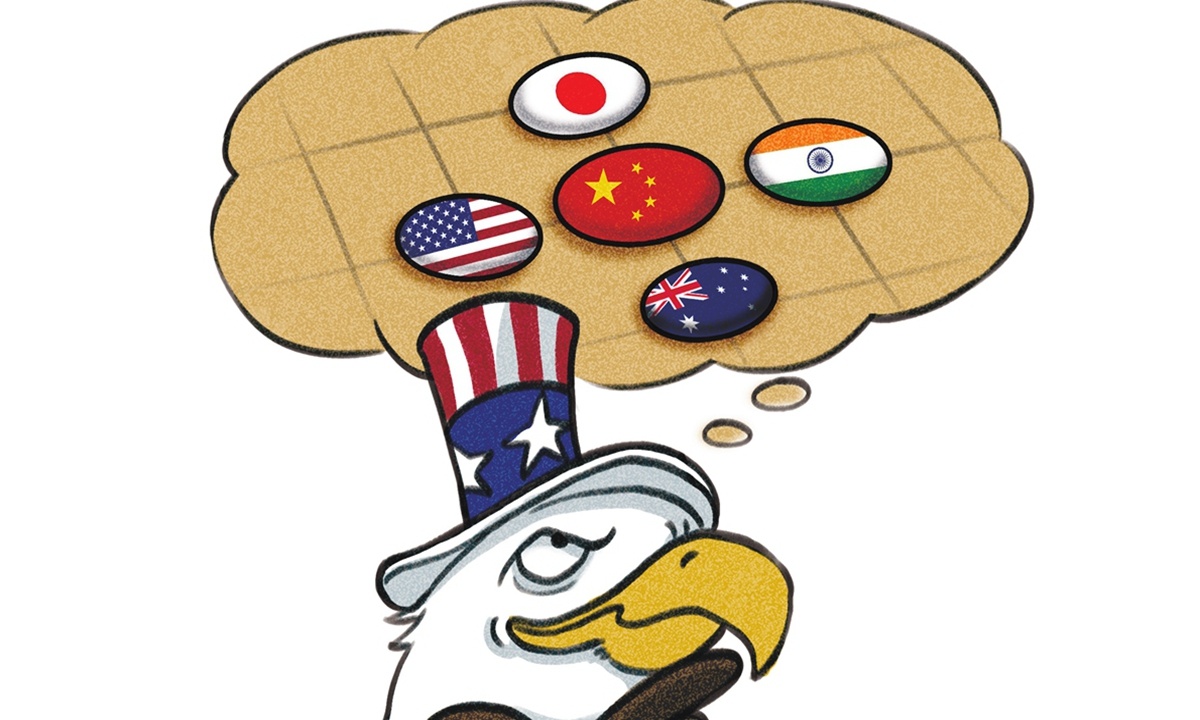 The Narendra Modi administration said on Monday it had invited Australia for the annual Exercise Malabar to be held next month with the US and Japan. The move is believed to further lay the foundations for the eventual formalization of the Quadrilateral Security Dialogue (QUAD) grouping, according to The Hindustan Times.

In July, Indian media outlets reported that New Delhi would invite Canberra to join the high-level naval exercises. This official announcement now is not only a reaction to the escalating tensions between China and India with regards to the border issues, but also the scheduled itinerary to promote the QUAD.

This is in lockstep with policies India has undertaken over the past two years. India upgraded its participation with the QUAD mechanism in September 2019 - raising the dialogue from lower bureaucrats to the ministerial level.

The foreign ministers of the QUAD met then on the sidelines of the UN general assembly in New York on September 26, 2019.

The pandemic this year has accelerated the evolution of the international landscape and the formation of the QUAD military alliance.

Using the border conflicts with China as a pretext, India is actively promoting the materialization of the QUAD. This is a marked rupture from the past with its non-aligned movement posture. However, the Indian government is using the Galwan border conflict as an excuse to eliminate domestic opposition. New Delhi wants to dance closely with Washington's war waltz.

Australia's participation in the Malabar naval exercise will help shape the maritime QUAD military alliance. It is well known that the US has been pushing for military interoperability among its so-called Indo-Pacific allies and partners. The 2020 Malabar naval exercise will hence become a platform to promote greater military interoperability among the four countries. This is an obvious step toward the establishment of a mini-version of NATO in Asia.

Australia participated in the Malabar naval exercise in 2007 as a non-permanent member. Far from assuaging its longstanding geopolitical anxieties, Australia's current shift in position is fueled by geopolitical rivalries in the Indo-Pacific region.

If indeed Australia participates in this year's Malabar naval exercise, this will have a negative impact on peace and stability in the Indian Ocean region. The formation of the military alliance in the Indian Ocean will inevitably stimulate other countries to take countermeasures. Chances for military confrontations will intensify. In addition, the close relations of the four countries will also affect the relationship between New Delhi and Moscow. If the four countries carry out joint patrols in the Indian Ocean region in the future, the contradictions between India and Russia will become more pronounced. After all, more than 55 percent of India's defense imports since 2014 have been from Russia. Moscow will not be amused by such a close Washington alliance.

India and Australia have long been at odds over the eastern Indian Ocean. This is where India in particular wants to take a leading strategic role. It is now evident to all that India has put aside its conflicts with Australia to contain China and pursue the so-called Indo-Pacific proposition. It hopes that this alliance will be stable in a military framework. It also hopes that it can move the global industrial chain away from China and replace it by promoting "de-Sinicization."

For the US, the new naval drills are a breakthrough in its Indo-Pacific Strategy. As the US presidential election approaches, these maritime maneuvers might be construed as a win for Trump - and as an electoral tactic to attract more voters. In Australian and Japan, the need to woo the US while containing China at the same time is the main purpose of their participation.

The QUAD's desire to create a "democratic security diamond" against China merits vigilance. The four countries have already formed an initial military alliance. They might be able to achieve further unity on certain issues based on common interests. For example, India is likely to ink the Basic Exchange and Cooperation Agreement for Geo-Spatial Cooperation with the US during the 2+2 foreign and defense ministerial meeting next week.

Such military cooperation is far from becoming the new NATO. But China needs to be prepared for any emergencies it might now have to face in the Indian Ocean.