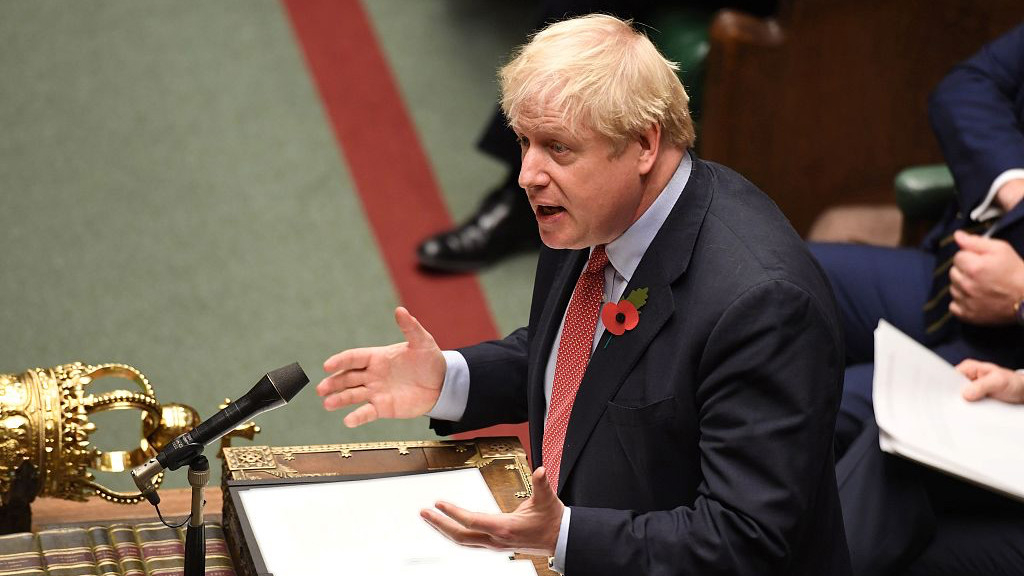 British Prime Minister Boris Johnson has finally won one of his few votes in parliament: to dissolve parliament and hold an election that could see him thrown out of 10 Downing Street.

Parliament has been deadlocked over Brexit largely because the government has not held a working majority. Despite a lead of about 20 points in the polls when calling the last snap election, Theresa May saw her lead vanish. Since then, both her and Johnson's governments have been ineffective and weak, unable to win support for virtually any part of their legislative agendas.

The big question is whether a new general election will break the deadlock over Brexit. I doubt it. There are many advantages in focusing first on a public vote here to support Johnson's deal or remain in the European Union now that there is a deal for voters to accept or reject. This would put the full focus on that specific issue and help draw a line under it one way or the other.

Perhaps the strongest motive for MPs backing a general election isn't Brexit but parliamentary advantage. All the major parties fancy their chances – and the aphrodisiac of gaining or increasing power can be irresistible for many a politician. This has almost certainly been the deciding factor here.

The Tories will pit the election as the people versus parliament blaming everyone and every institution except their own sheer incompetence to win opponents over to their widely unpopular deal that will cost the country dearly. One hundred pages of the complex legal argument is an unlikely vote winner, and there are huge risks for Johnson, given that he promised "do or die" to see the UK leave the EU on October 31, and he has broken that pledge.

Labour will focus on everything but Brexit much like last time. This has the appeal of speaking to the issues that matter. Most of the country is fatigued by Brexit talk and instead more concerned about public services like education, health care and transport as well as issues like housing. Labour also pledges, if they win, to negotiate a new deal and let the public decide to remain in or leave the EU based on that deal. Like the Tories, they fancy their chances of securing power.

The Liberal Democrats have returned to some of their best positioning in polls and, if these are to be believed, stand a strong chance of increasing the number of their MPs. The same can be said of the SNP in Scotland. Neither would lead a government, but each fancies their chances of being part of a governing coalition. And I suspect some coalition pact is the most likely outcome right now – and with Labour given massive opposition to Johnson in particular.

But then what does this mean for Brexit? If the Tories win, Johnson will have enough MPs to support a Brexit deal. However, given how damaging it is for the UK, he may seek to renegotiate further using his new mandate – and so keep kicking the can of delivering Brexit further down the road. And even if successful with the current deal or a new one, this is only about the terms of withdrawal. Trade talks with the EU or any other country haven't started yet. To support Johnson's withdrawal deal is to do anything but "get Brexit done". Instead, such work will only have begun. This is unlikely to appeal to voters too.

And whoever wins, the shadow of Brexit is likely to remain strong unless some public vote is held. But, for now, such a tense campaign lacks the attractiveness for political leaders as the opportunity to acquire more power – and so to the polls we go.

Expect a campaign that will feature heavy negative advertising and record resources spent on social media. With problems around campaign financing still unresolved, these seem likely to remain – and with it continuing to sow seeds of bigger problems to come.