The 12th round of trade consultations between China and the US will be held in Shanghai on July 30-31, Ministry of Commerce (MOFCOM) spokesman Gao Feng said on Thursday. 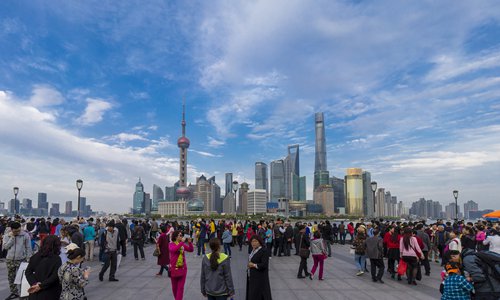 The new round of trade talks will be the first since negotiations between the two sides to resolve a year-long trade war stalled in May and the US government increased tariffs on $200 billion worth of Chinese goods.

These will also be the first such talks after the top leaders of the world's two largest economies reached a new "truce" preventing the trade war from further escalation in a meeting at the G20 summit in Osaka, Japan.

Notably, the 12th round of talks will not be held in the Chinese capital but in Shanghai, the country's largest city, which will hold the 2nd China International Import Exposition in November. The city saw its foreign direct investment surge 13.9 percent year-on-year in the first half against the backdrop of the trade war.

"Shanghai is as good as Beijing as a venue for China-US trade consultations," said Gao.

Chinese analysts following the developments of the trade war said a new venue will inject a new vigor into the trade talks and noted that time is on the Chinese side.

Zhang Yansheng, chief research fellow with the China Center for International Economic Exchanges, said that on the surface, the 12th round of talks represent a continuation of the previous discussions. But in reality it is a new round of talks and "new talks in a new location bear new significance."

"Shanghai is the commercial center of China. In that sense, negotiators from the two sides must hope that the venue could allow the talks to be focused on trade and economic issues, rather than becoming a vehicle of political wrestling between the countries," Zhang told the Global Times.

There was some suspension after the truce in Osaka, with the details of the next round of trade talks uncertain.

The US is reportedly counting on China's resumption of the purchase of US agricultural goods, which reached $22 billion in 2017 before the trade war erupted in 2018.

China seems to be waiting for concrete US action to allow its technology companies to resume supplies to Chinese telecommunication leader Huawei, which the US has put on a "blacklist."

Gao urged on Thursday the US to stop abusing its national power to suppress Chinese companies including Huawei.

"After more than one year, it has become manifest that a trade war could not save failing US industries and China can live with the damage caused by the trade war," Liang Haiming, dean of the Belt and Road Institute at Hainan University, who follows the China-US trade talks closely, said.

In the steel sector, among the first industries that were shielded by US tariffs at 25 percent, US Steel said it will shut down furnaces in Gary Indiana and another near Detroit.

"Furnaces are costly to kindle. Once it is extinguished, it is unlikely to be brought back to life," Liang noted.

"Globally, Russia, India, Japan and the EU are on the same side as China, not the US, when it comes to the trade issue," Liang said,  noting that the US is entering presidential election cycle.

Commerce Minister Zhong Shan will attend the trade consultations, for the first time, as a member of the negotiation team.

China is not backing down from its stated bottom lines, he added.

However, Gao said "this is normal market behavior and should not be directly linked to the resumption of trade talks."

The resumption of agricultural imports touched many nerves of members of the Trump administration. US President Donald Trump tweeted about it. Top US trade negotiators touched on the issue in the past week.

It remains to be seen how long the exemption process may take. But Zhang said the issue will resolve itself.

But Zhang said the issue will resolve itself. "If the US lifts all its tariffs on Chinese imports, a basis on which China agreed to resume talks in the first place, China will cancel its retaliatory tariffs automatically on US agricultural goods," Zhang said.