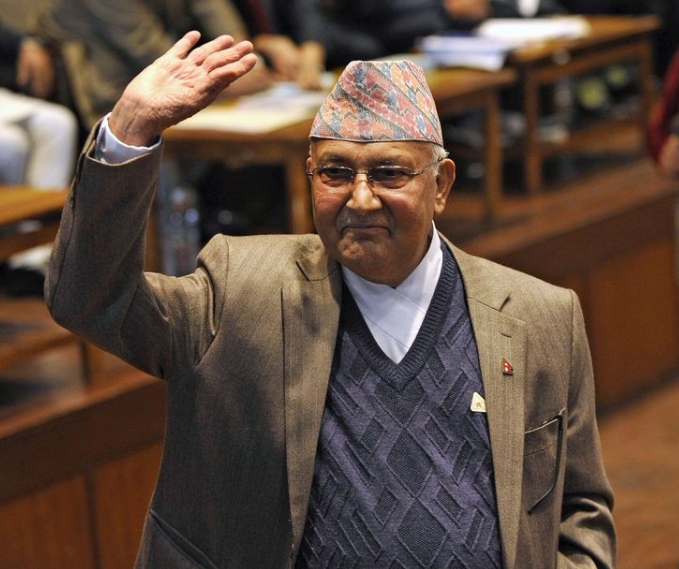 The Communist Party of Nepal has enjoyed enormous advantages in the country's politics over the years. The CPN-UML and CPN-MC together have over 60 percent of seats in the 275-member House of Representatives. However, political infighting and numerous factions pose a serious conundrum and almost every party or factional leader has his own sphere of influence. Both Oli and Prachanda will serve as chairman of the new party. The formation of the new party will consolidate the ruling foundation of the government and pave the way for sustainable development of Nepal's politics, economy and society. However, it takes time to achieve unity in the party. As Nepal borders China and India, maintaining ties with two neighbors is a pressing challenge for the new government. For a long time, China and India have been carrying out fundamentally different policies toward Nepal. India treats Nepal as its own sphere of influence and repeatedly underscores how special its ties with the Himalayan nation are. New Delhi bears a grudge against Kathmandu's endeavor to develop friendly relations with Beijing and tries to control Nepal's politics, military, economy, society and culture. However, China respects Nepal's development path and supports the latter to achieve political stability, economic development and national independence. China-Nepal relations are growing well. The Nepal-China Optical Fibre Link Project has been operational since January. Nepal's connectivity with Chinese bandwidth has broken India's monopoly in the Himalayan country's Internet infrastructure. After his appointment as prime minister, Oli promised to prioritize infrastructure connectivity with China and revive the Budhi Gandaki hydropower project constructed by China's Gezhouba Group. He will "update" relations with India "in keeping with the times" and review all special provisions of Indo-Nepal relations, including the long-established practice of Nepalese soldiers serving India's armed forces.Oli has sent an important signal to the global community that the new Nepali government will strive to free the country from India's control to enhance its independent status and develop ties with China to shake off backwardness.After going through the civil war from 1996 to 2006 and national turmoil over 10 years, Nepal faces a long way ahead to rebuild the country. Despite changing to a republic from a monarchy and establishing the Communist party-led government, Nepal's socio-economic growth is still impeded by a fragmented society, external forces mainly from Western states and southern neighbors, and heavy reliance on financial assistance from foreign countries. As complicated party relations have led to a lack of consensus and hurdles have been put up by external forces, the Oli administration faces serious challenges to draw up new domestic and foreign policies.