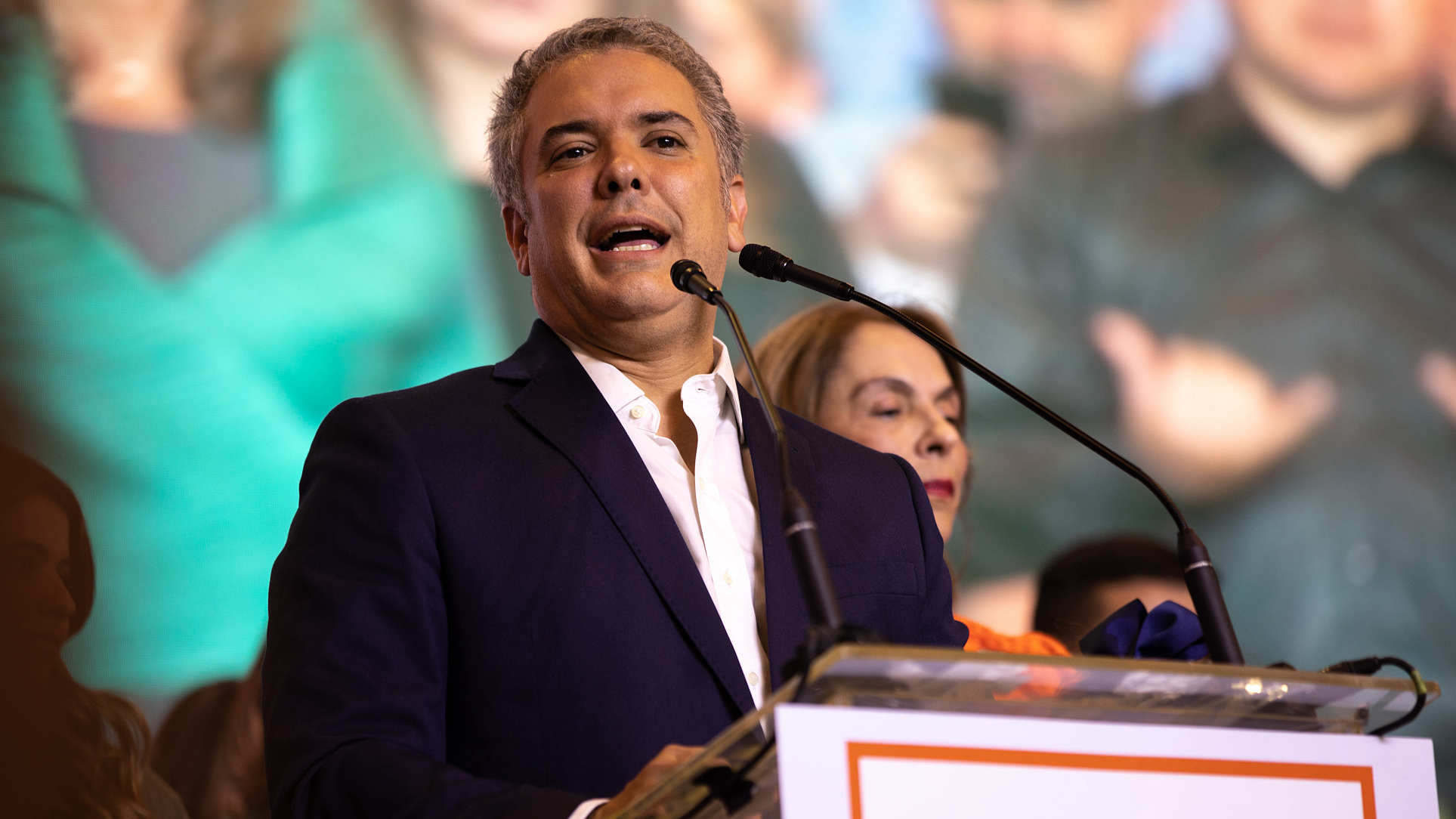 On June 17, 2018, the new leader of Colombia, Iván Duque, beat its left-wing competitor Gustavo Petro by 12 percentage points in the run-off election.

As a president-elect backed by former leader Álvaro Uribe and a long-time critic of the peace deal, concerns have been raised that the peace process in Colombia might be disrupted. To some extent, they are not unjustified.

The story goes back to 2002, when Uribe was elected President of Colombia. The country was torn by 38 years of internal conflicts and in constant alert: government and police buildings were surrounded by iron fences, with sandbags and loopholes, in defense against the guerrillas and armed forces; fear of robbery and kidnapping spread along the provincial roads. For people in Bogota and other cities, it was almost like living under house arrest.

Uribe responded to the situation with a zero-tolerance policy. He sent tanks and soldiers to some of the most dangerous roads to secure the safety of the passersby, and fought with the guerrillas and pushed them to the border region with Venezuela.

By the end of Uribe’s presidency, the number of Revolutionary Armed Forces of Colombia – People's Army (FARC) had declined from 20,000 to 8,000 and the National Liberation Army’s numbers had halved from 3,500 to 1,500. Social stability directly incited domestic economic development.

Due to this success in promoting stability, Uribe still holds a special place in Colombian society, even though there have been corruption scandals and criticism from human rights groups.

When the incumbent President Santos took power in 2010, he chose a different path with Uribe to peace and started secret peace negotiations with the FARC.

In 2016, Santos announced that his government had reached a peace deal with the FARC which would bring “a long-lasting peace” to the country. In a controversial referendum, the deal was narrowly rejected, with 50.2 percent “No” votes. Many argued that the deal was too soft on the rebels.

Although the Nobel Peace Prize committee still appreciated Santos’ efforts in gaining peace, the referendum did witness a polarizing Colombia like never before. What kind of peace do Colombians want and how do they achieve it? It’s a question that will haunt the new president.

A puppet of Uribe?

Duque has publicly admitted that Uribe served as his “mentor.” It is also with the backing of Uribe that Duque became the presidential candidate of the Democratic Center. In a way, Colombian people’s memories of Uribe earned Duque some good support.

But it is in the same reason that some worry that the youngest leader in Colombian history would become a “puppet” of Uribe and bring back his tough measures, thus ruining all peace negotiation efforts by Santos.

He was indeed the only candidate that openly criticized the deal, but in his speech after winning, he reiterated his position on the campaign trial: that he would not overthrow the deal but bring a more workable and justified one.

"I am not a puppet and he [Uribe] is not the puppeteer," he told Colombia's Blu Radio in May.

It is still too early to judge Duque’s governing policy as we have yet to see his cabinet list. But it is most likely he would get tougher with the guerrillas. The fate of the peace deal is now in Santos' hands before his term ends in August.

This election also witnesses Colombia swinging between left and right. Duque’s main left-wing rival, Gustavo Petro, has brought some appealing policy goals, including the reform of the medical system and a fight against crime. Voters are also getting tired of the long-time corruption from the right-wing politicians and power consolidation. This may explain the over 40 percent of votes.

But as an ex-guerrilla, even though he tried to draw a line with his past history during the campaign, there is still the concern that he would follow their neighboring country, Venezuela’s lead, to winning support by abusing national resources.

All regions that are bordering Venezuela see a major win with Duque as they were directly affected by Venezuela's economic and refugee crisis.

When choices came down to the left and right, the fear of the Venezuela model finally won.

After watching their presidential debate, we can see that both parties have their sound suggestions and governing policies. If the newly-elected president  would stop swinging between extreme left and right, and choose a rather middle road like Chile, there indeed might be great new hope for peace in Colombia.