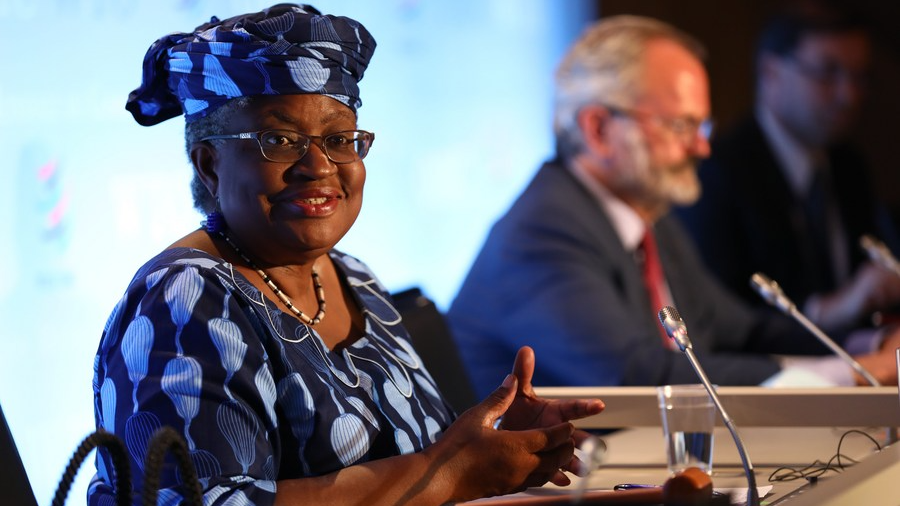 The election of Nigeria's Ngozi Okonjo-Iweala as the first African to hold the position of director-general of the World Trade Organization (WTO) has sent waves around the world's commerce and trade community. Further, the fact that Okonjo-Iweala is a woman is also an unprecedented feat for such a highly coveted and influential position.

Analysts hope that the new appointment will be a game changer for Africa, which has long decried unfairness in the global economic status quo. Okonjo-Iweala is not a stranger on the world stage, particularly in the global economics sector in which her docket is domiciled. This comprises over three decades working experience in both private and public international financial institutions, non-governmental and non-profit organizations, and serving as finance minister of Nigeria, her home country, among numerous other roles.

Okonjo-Iweala has been appointed at a time when world trade and the global economy as a whole have been severely dented by the daunting COVID-19 pandemic. It is not an enviable position to be in when global supply chains are reeling from the effects of the pandemic due to months-long air travel restrictions last year, which affected both industrial and consumer sectors worldwide.

At the onset, all eyes are on the new director-general due to her role as former board chair of Gavi, the vaccine alliance. The way she will use her former office to manage rising COVID-19 vaccine nationalism that disadvantages poor countries will speak volumes for her ability to bring equity in global trade.

The director-general-elect has some WTO baggage to deal with once she assumes office on March 1 in an organization currently at a low point in its credibility. This has to do largely with challenges facing the mandate of the global body on various issues, including resolution of long-running trade disputes, many of which border more on geopolitics rather than legalities, and the unfinished business of writing new global trade rules that reflect current realities.

It is also expected that Okonjo-Iweala will finally intervene and help resolve the U.S.-China trade war that was started by former President Donald Trump, even as she waits for the official statement by President Joe Biden on the matter. Trade between these two largest global economies acts as a health barometer of global trade.

The main challenge of reforming the WTO is aptly captured in a 2014 paper "What's Wrong with the WTO and How to Fix It" by British academic Rorden Wilkinson, who stated that "radical proposals that seek to fundamentally alter trade governance or reorient its purposes around more socially progressive and egalitarian goals are thin on the ground." It will definitely not be an easy task for Okonjo-Iweala, whose vast professional and diplomatic experience must count in the execution of her onerous new role.

Another item on her to-do list is making the African Continental Free Trade Area (AfCFTA), which was launched on January 1, a success. A brainchild of the African Union as part of Agenda 2063, AfCFTA is, among other objectives, aimed at creating a single continental market for goods and services with free movement of people and investment.

But observers are fearful that AfCFTA's pace might be derailed or hijacked altogether by some of AU's external agreements. Okonjo-Iweala's advisory role will help in unlocking the "chains" that restrict African countries from being more confident and innovative in the global marketplace and help the continent present a single vision of how it wants to relate with the rest of the world in trade matters.

There have been a few conflicts previously as some African countries compromise existing trade agreements by signing new ones. The director-general-elect will have to navigate the continent's often delicate regional politics to help Africa achieve equity in global trade.

The other challenge facing the new DG revolves around the tricky issue of inclusivity of marginalized groups in the world's trading system. After being hailed as the first woman WTO leader, Okonjo-Iweala is now in the saddle of pushing for women's agenda in the global arena. In addition, the WTO is expected to help in mainstreaming small- and medium-sized enterprises in the world's trading system to support the growth of developing economies.

Fortunately, Okonjo-Iweala has the goodwill required to perform her mandate with courage and fairness, having gained wide acceptance within the WTO'S 164-member fraternity. It means that the members are cognizant of the fact that the current global trading system is unbalanced and unsustainable, a situation that needs someone out of the big league countries to tackle. The new WTO lead represents the grievances of the poor and developing countries which have high expectations that she will create a level playing field during her tenure.