New York Times expose on what Trump knew is damning 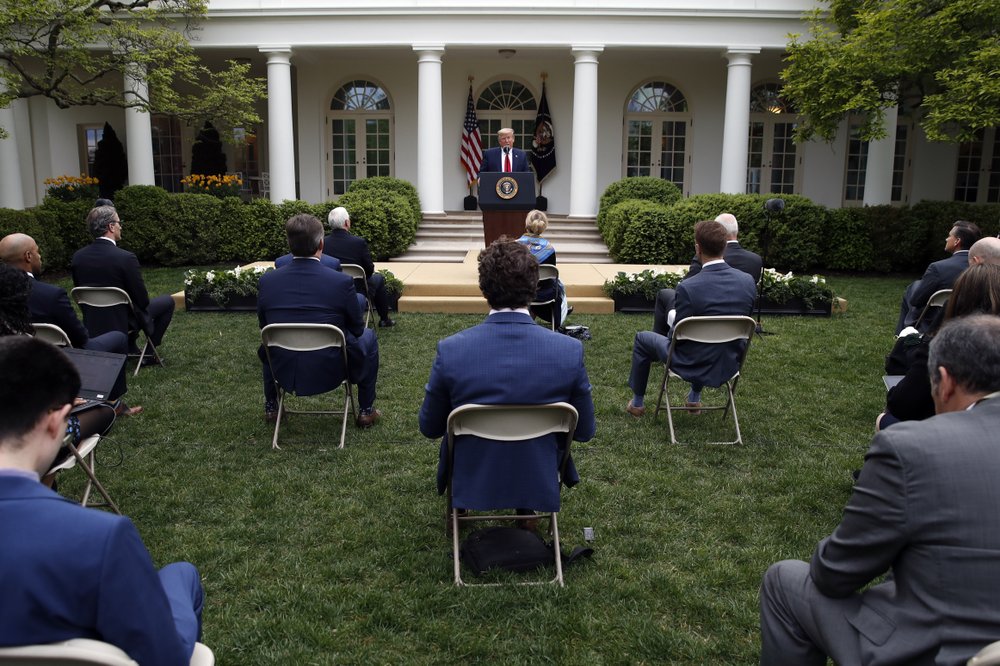 President Donald Trump speaks about the coronavirus in the Rose Garden of the White House, Tuesday, April 14, 2020, in Washington. (Photo: AP)

On April 11, the New York Times released a feature entitled: "Five Takeaways on What Trump Knew as the Virus Spread."

The article subheading proceeds to set out that "there were warnings from the intelligence community, national security aides and government health officials — even as the president played down the crisis," having undertook a sweeping series of interviews with various officials and a review of key documents.

With this information, the article sets out sufficient evidence to make the claim that the president effectively ignored repeated warnings around him from a very early stage, setting out an entire window of inaction whereby he could have curtailed the virus early.

With the United States now having over 553,000 cases of the COVID-19, the president and his supporters have sought to offload political responsibility to China, but this article illustrates that position is just untenable when the details are scrutinized.

First of all, the article reveals that the United States National Security Council warned the president as early as January of the COVID-19 outbreak, as well as the National Center for Medical Intelligence.

Both organizations examined closely what was happening in Wuhan at this time over in China, and according to the report started urging officials to think about what would be entailed in quarantining cities the size of Chicago and telling people to work at home.

However, the president chose to ignore these early warnings. The article details that the key factor in playing it down was his own focus on the economy.

Why so? Heavily focused on his own re-election, the president was obsessed with avoiding panic and in turn ensuring stability in the view to November. Securing gains from the U.S.-China trade deal was in fact one of these frustrations, but in doing so the report further sets out that he chose to ignore the long-term economic risks from a potential pandemic.

This leads to the next point that by February when experts were raising the alarm the president chose to actively ignore them and was apparently "irritated" by the fact that fears of the virus were now potentially disrupting markets.

This led to an active effort by the presidency to play down the COVID-19 with a resort to political denial, which lasted for a window of three weeks.

Evidence supporting this includes Trump's dismissing it as a "political hoax," the claim it was "contained" and as the report outlines a bureaucratic move to consolidate the messaging to optimism which played down health experts and put Mike Pence at the helm.

After this period, by early March, it became evident that things in the United States were getting serious and the president finally relented towards a tougher approach. However, problems still persisted.

First of all, the pace of testing was slow and insufficient, with the lack of preparation now being evident as the situation became increasingly dire.

Secondly, the administration reportedly did not agree with itself on what measures to pursue in terms of lockdowns and social distancing, with obsession over the economy continuing to take priority and create hesitation. Even now, officials are focused relentlessly on attempting to re-open the economy as soon as possible despite the country nearing the peak of the outbreak.

Given this all, the evidence against the president is damning. Although it is easy to try and offset blame to China, everything points towards the fact that the White House actively knew, with a great deal of information, for several months what could potentially happen yet decided instead to play it down with a view towards the economy.

The report thus illustrates a total absence of leadership and responsibility at the helm of the United States. A situation consisting of over half a million COVID-19 cases and over 20,000 deaths could have been avoided.

This was not an inevitability, they were not deceived and they were not caught off guard in any shape or form. This is a crisis of Trump's own making. The people of the United States should understand this and hold him into account for it accordingly.