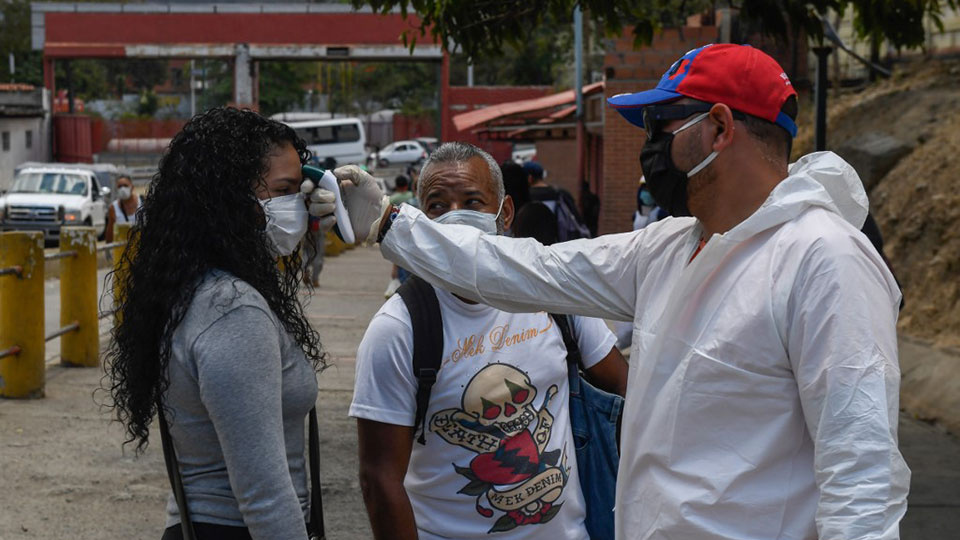 Latin America was the last to "receive" COVID-19 among six continents with permanent residents. It wasn't until February 26, when the virus raged across southern Europe, that people who frequently shuttled between the two places brought sporadic infections to Latin America.

This didn't seem to get attention in the first place. Only with the steep rise in the number of confirmed cases, especially after the virus made its way to community transmission in several countries did Latin American governments become alert.

From 2015 to 2016, Zika virus once raged there. Apart from waiting for international aid, all they could do was to sit and wait for the nightmare to pass. The basic public health infrastructures in these countries are indeed worrying. There is a shortage of hospital beds in various countries, and intensive care units often exist only in a few hospitals in capital cities. There are not enough ventilators, testing kits, protective gears and medical staff. No Latin American country has sufficient medical facilities and supplies to cope with the large scale spread of a deadly virus.

Having always been fond of "integration," Latin American countries tried to fight the virus with concerted efforts. On March 16, when the total number of confirmed cases in Latin America was around 1,000, the Forum for the Progress and Development of South America (PROSUR) held a video conference to try to take coordinated action.

At that time, leaders of different member states adopted different strategies. Some were extremely harsh from the beginning, as President Nayib Bukele who closed El Salvador's border, the first in the region to do so. Others had a wait-and-see attitude, as the Daniel Ortega government of Nicaragua. When the World Health Organization called for the suspension of the mass rally, he still organized a march under the theme "anti-coronavirus." Although the two initially adopted diametrically opposite strategies, it happened that on the same day, March 18, both countries had their first cases confirmed.

PROSUR did not produce too many substantive results, except that governments of all countries should maintain channels of communication, coordinate border control measures, and facilitate the return of nationals. The so-called "promoting joint procurement policies for medical supplies" is only a fairy tale, as all countries are quickly hoarding supplies for themselves when facing the lack of local production capacity and a severe shortage of goods in the international markets.

So what you see next is that the actions of Latin American countries vary greatly. The only coordination is to restrict people's mobility. As the saying goes, "there is no strictest, only stricter." Peru and Panama imposed national curfews; Ecuador entered a state of emergency for 60 days; Chile made a disaster declaration for 90 days, and the government adopted restrictions on gatherings and the movement of people and vehicles; Colombia restricted entry and exit of foreigners; Argentina prohibited the entry of foreigners with no permanent right of abode and cancelled all buses, trains and domestic flights.

Of course, some countries prioritized the economy over disease control. Two big countries are most conspicuous in this camp: Brazil in the south and Mexico in the north. Brazil has the first confirmed case in Latin America and the highest number of people infected, and the number of cases in the first month of the outbreak in Brazil exceeded that of Italy in the same period. Nevertheless, President Jair Bolsonaro still launched the social media campaign "Brazil cannot stop," so that the war on virus wouldn't drag down economic development. However, these measures have been strongly resisted at the state level. At present, the number of people infected in this country is around 5,000, accounting for almost one-third of the total cases in Latin America.

President Andrés Manuel López Obrador's approach appears to be more balanced. There are only about 1,000 confirmed cases in this country. Given the country to its north is the global "epicenter," Mexico's performance is indeed worthy of recognition. López was frank that Mexico's economy could not afford to grind to a standstill, so continued production was still the only way to keep people afloat. On the other hand, his government has put restrictions on public activities and shut down some unnecessary government agencies. It was not until the end of March that the health authorities made an initiative to call for "self-isolation within a month," but it was not mandatory.

In face of COVID-19, a virus that we have no full knowledge or treatment experience, countries are taking things to their own hands. "Self-isolation for all" seems to be the only effective method so far, but it comes at the cost of economic stagnation and enormous financial aid to social members. As López put it, this is only viable for countries with the formal and strong economy. Mexico and other Latin American countries obviously do not have such credentials.

This may be why Bolsonaro knows that the number of cases will continue to increase in his country in the next 30 days, but he still cannot stop. Longstanding shutdown will lead to the survival issue of the poor in the later stages of the fight, and this is the longer-term problem that developing countries must face in responding to public safety emergencies.

Under such "conundrums," it is impossible for those in command to come up with perfect plans. What one can do is to look at the realities on the ground and work out the less-than-perfect strategies according to the changing situation. Less criticism and more patience are perhaps what onlookers should have. The next few weeks will be critical for the fight against coronavirus in Latin America.