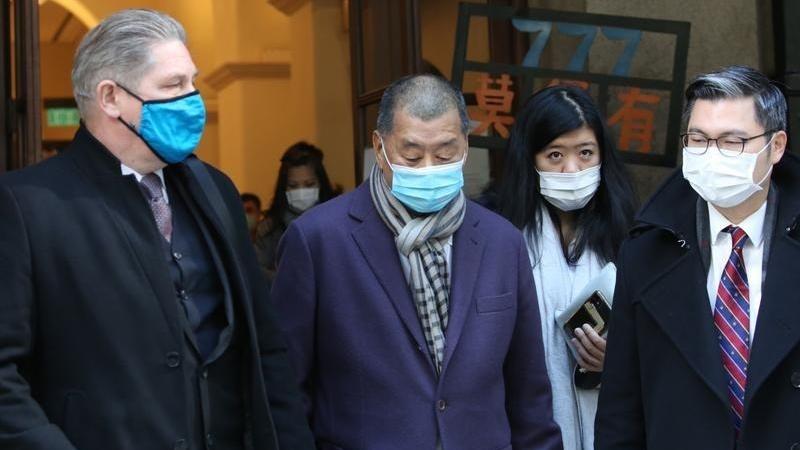 The political radicals in the Hong Kong Special Administrative Region have once again showed their defiance of the rule of law, threatening another judge whose ruling on a case did not meet with their approval.

Three phone calls were made to District Court Judge Amanda Woodcock on Friday conveying intimidating and insulting messages directed at her and her family after she sentenced media tycoon Jimmy Lai Chee-ying and nine other offenders to jail or suspended jail terms for organizing or participating in an illegal assembly that endangered public safety. Last December, Chief Magistrate Victor So Wai-tak received a bomb threat while handling another case involving Lai.

These incidents expose the mindset of the anti-government political zealots in the SAR who believe that they are above and beyond the law.

During the turbulence that roiled Hong Kong in 2019, these political fanatics, emboldened by mob power, the anonymity of face masks and the sense of importance they attained by fawning to the Western media, unleashed mayhem on the streets of Hong Kong, damaging the public transport system and vandalizing public facilities, universities and private businesses, assaulting residents who disagreed with their views, beating up visitors from the mainland, and attacking police officers doing their duty, even threatening their families and bullying their children in school.

The introduction of a national security law in the SAR put an end to such freedom-risking acts, but in the belief that the internet and prepaid SIM cards make them safe from any legal consequences, some of the firebrands have resorted to doxxing and threatening judges and others who do not share their views.

Contrary to their voluble rhetoric, politicians in Washington and London have not helped to safeguard Hong Kong's rule of law. Instead, they have encouraged such acts by assailing the legal procedure and impartiality of the court before, during and after the conviction and sentencing of Jimmy Lai and his cohorts, despite the fact that the group was charged and convicted under a Hong Kong law, which has been in force in the city long before the establishment of the Hong Kong Special Administrative Region.

They never took issue with this law until the likes of Lai got into trouble with it. But now that they have, these Western politicians, including Hong Kong's last British governor Chris Patten, who during his stint as governor never uttered a word finding fault with this law, are coming out of the woodwork without bothering to camouflage their hypocrisy.

The rule of law is one of the core values of Hong Kong as well as the cornerstone of its prosperity and stability, so the authorities must do all they can to track down those responsible for the threats and hold them to account.

And judges must be given necessary protection so that they can exercise their judicial power independently, despite such intimidation and interference.