OPINIONS No crowds outside as iPhone X arrives in China

No crowds outside as iPhone X arrives in China 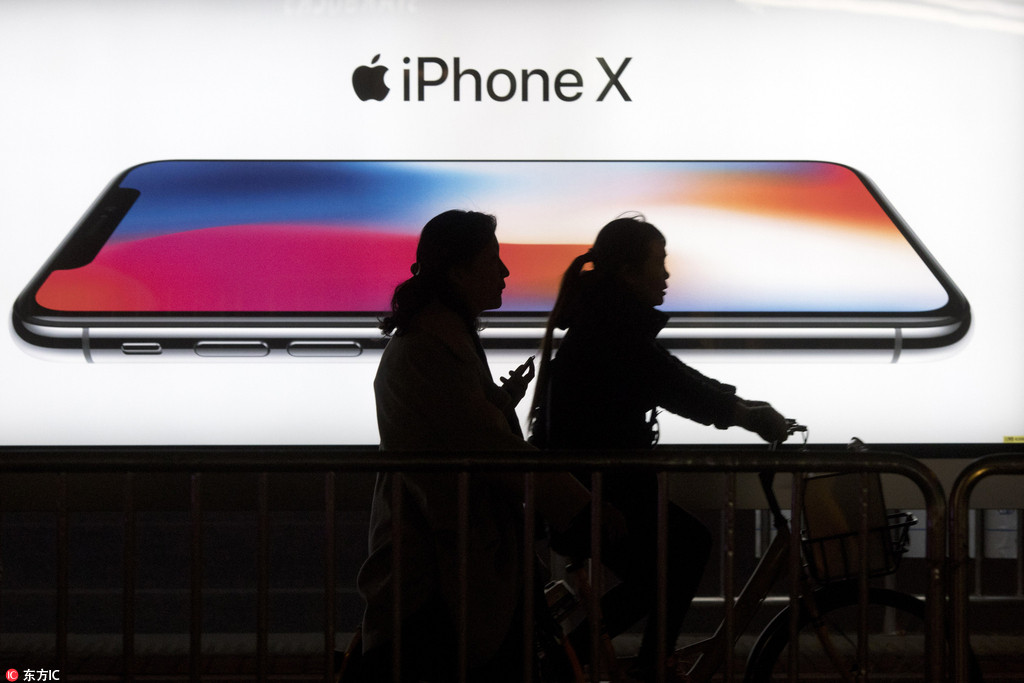 From 8 am local time on November 3, Apple's iPhone X hit the store around world. Fans in the US, Australia and several other countries lined up again, to get their hands on the latest iPhone model of the US giant. However, Apple stores in Mainland China didn't witness thus phenomenon.

No crowds of fans and touts outside Apple stores in metropolis like Beijing, Shanghai and Hong Kong etc. Only the few lucky fans, who had pre-ordered in the first instant on October 27, were waiting in queue to pick up their orders.

Analysis of Thomson Reuters said that the high price may keep Chinese customers away from iPhone X, and someone may accuse special policy in mainland China and Hong Kong which does not allow customers purchase in store the newest smartphone without pre-order for the beginning months after the release day, since 2015 when Apple promoted mainland China among the first wave of markets of iPhone 6s and iPhone 6s Plus to prevent the touts problem.

But the truth is simply that the popularity gained by previous revolutionary devices are running off as Apple slowed down its innovation steps meanwhile its Chinese competitors such as Huawei, Oppo, Vivo and Xiaomi come up from behind really fast.

Back to 2010 when iPhone 4 arrived officially in mainland China, even months behind, the launch day of the latest device became also a festival among Chinese Apple fans as in western countries. From then on, iPhone 4 till iPhone 6, Apple's attracted more and more new Chinese fans especially the among youth generation as a fashion icon who would sell a kidney to buy an iPhone as they joke among each other.

However, immediately after the release of iPhone 6 and iPhone 6 Plus, it seems that Apple has lost its magical power of creating surprises, even the design of the three generation of iPhone products remained almost the same. Instead, its Chinese competitors Huawei, Oppo, Vivo and Xiaomi continuously chiped away the US company's market share in China.

According to the research firm Newzoo, mainland China accounts for about 1/3 of all iPhone users globally with 243 million as of July, 33% of the worldwide total. But according to Canalys research, Apple's overall revenue in the region has followed the same trend, falling by double digits every quarter over the same period.

Statistics from market intelligence firm International Data Corporation said that Huawei, together with other two Chinese brands Oppo and Vivo, ranked the top three in the domestic market, with a market share of 20.0%, 18.2%, and 14.1%, respectively, in the first quarter of 2017. Apple, which ranked the fourth on the list, held 9.2% of the market.

In addition, as Apple's losing its share in China, Chinese smart phone brands also captured 48% of global market share in the second quarter of 2017, with Huawei as the world's third largest mobile phone vendor and 7 out of the top 10 brands come from China. Cost-effective performance and reliability are helping Chinese brands win recognition of customers all over the world.

With the launch of iPhone X, which is defined by Apple as “set the path for technology for the next decade”, Apple has dedicated lots of fascinating improvements compared to those previous products, but nothing is revolutionary as before. The entirely-screen design, wireless charging is already common on the products of the competitors. Face ID may be considered as revolutionary, but is it really more effective and secure than Touch Id?

Even Apple said that the demand from customers has already pushed iPhone X off the chart with a record breaking number of orders. But it seems that Chinese customers didn't buy it. After 1 week since the pre-order began, the exterminate delivery time remains steady as 3 to 4 weeks, in the same period, that of the previous iPhone product is over 6 weeks or even just two simple words said “sold out”. As CNN said in its article, “Apple has lost its luster in China, and the iPhone X probably isn't going to bring it back.”