OPINIONS No-deal Brexit a big problem for UK and Europe

No-deal Brexit a big problem for UK and Europe

LONDON, March 13 (Xinhua) -- After British Prime Minister Theresa May's Brexit deal was rejected by lawmakers on Tuesday night, a no-deal Brexit will be put to the vote on Wednesday.

However, a leading academic said a no-deal Brexit could be a big problem for Britain and the European Union (EU). 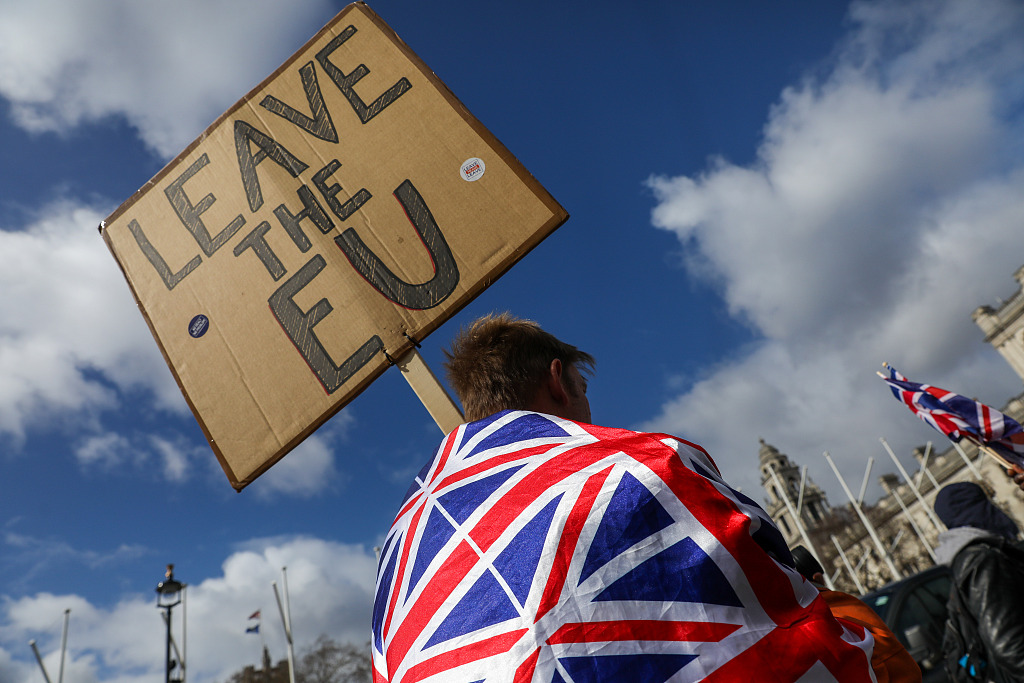 A pro-Brexit campaigner holds a placard that reads 'Leave the EU' near the Houses of Parliament in London, U.K., on Wednesday, March 13, 2019. (Photo: VCG)

"I think a no-deal Brexit is a pretty big problem for the UK but not for the world," Professor Martin Albrow told Xinhua in an exclusive interview.

Albrow is a figure of authority within the academic community. He was among the first sociology academics in British universities, and his studies of German sociologist Max Weber and of globalization are highly regarded.

A no-deal Brexit could still be an occurrence on March 29, when the formal Brexit process of Article 50 expires.

In addition to a negotiated deal, an extension of Article 50 and even a second referendum are still possibilities.

"It will be damaging to the European economy. I've seen analyses which suggest there will be a definite measurable decline in European productivity," said Albrow.

"Britain is about the second largest economy within Europe and so if it removes itself and tariffs go up and so on, that would be damaging."

In 1996 Albrow published his book "The Global Age: State and Society Beyond Modernity", which examined the challenges facing the modern world as it stood on the edge of a new era that challenged the concept of nation states and the role of modernity.

Twenty years later and Albrow's work seems to have been an early account of the tensions of globalism and the challenges of the 21st century.