OPINIONS No hesitation to stop riots in Hong Kong

No hesitation to stop riots in Hong Kong 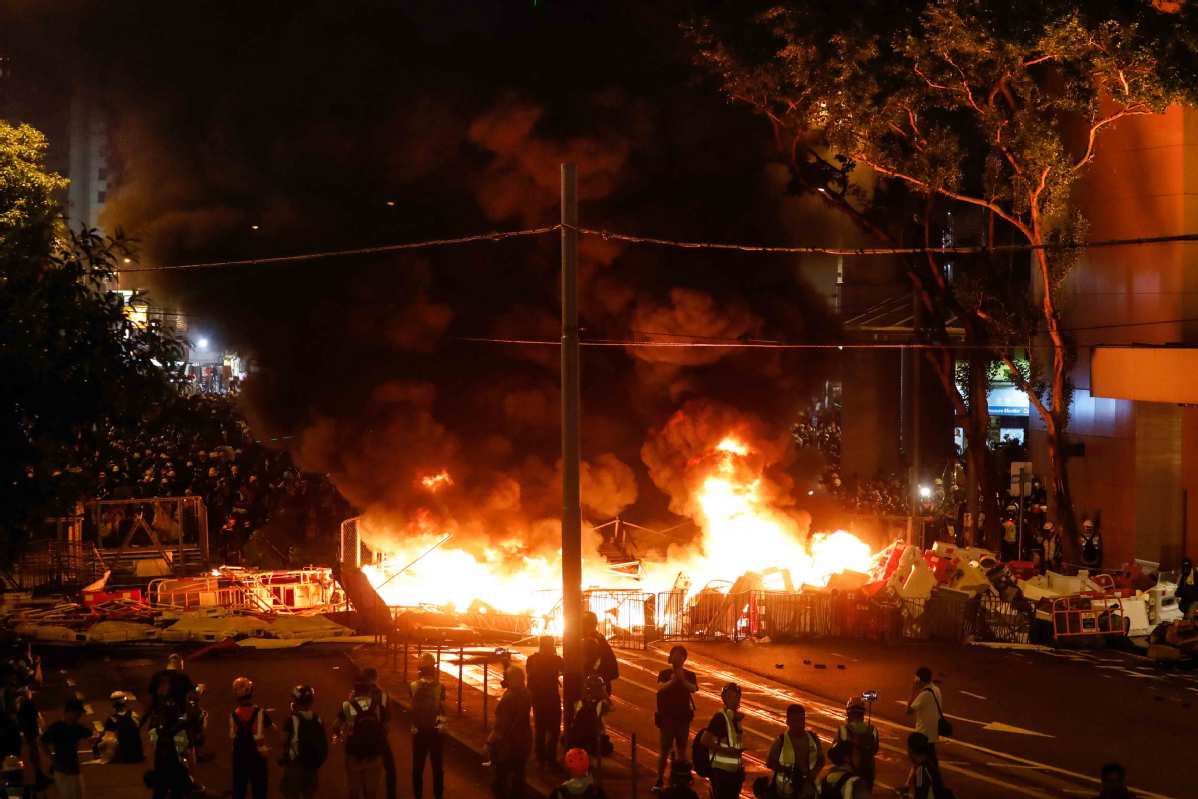 Rioters are frenzied and ridiculous, which once again proves that what they have done has nothing to do with the amendments. They aim at messing up Hong Kong and the SAR government, attempting to seize the right to govern. Their acts aim to kidnap all Hongkongers and drag them to extreme misery at all cost, even if it will bury the future of Hong Kong.

The top priority now is to stop the riots. There’s no way to retreat in front of major issues of principles. There’s no middle ground, hesitation or hovering to fight against violence, protect the rule of law, and guard security. Law enforcement is justice, and protection of law is righteousness. To show determination, all institutions with public authority and all people who truly love Hong Kong should stand up quickly and decisively with practical actions, saying no to all acts that will undermine Hong Kong’s prosperity and stability and challenge the “one country, two systems” principle.

One more riotous day in Hong Kong, one more day for Hongkongers to suffer. The central government fully supports the chief executive and the HKSAR Government in using all necessary means to end the chaos in accordance with rule of law. The sooner it ends, the better Hong Kong will be, which is a consensus in Hong Kong society.