OPINIONS No kidding with responsibilities

No kidding with responsibilities 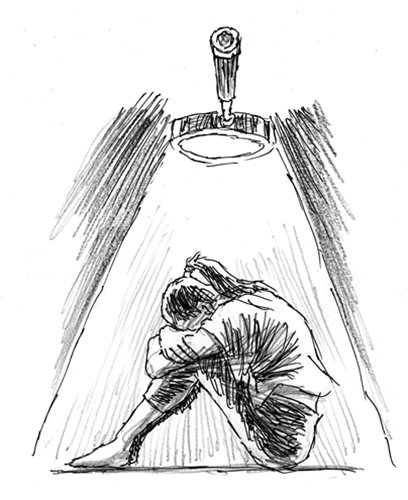 A piece of heartbreaking news has recently impaled the hearts of Chinese parents. A mother surnamed Chen from Beijing was holidaying with her eight-year-old twin girls in Qingdao, a coastal city in East China's Shandong Province. While the twins played with children on the beach, Chen sat some distance away and stole a few glances at her cellphone from time to time. But at one point, when she looked up after a few minutes, her daughters were gone. After an extensive search, rescuers found the girls' bodies about 150 meters from the shore the next day.  It's not easy to raise a child, even more so today. The shocking incident once again warns parents of two important things: always keep an eye on your kids, especially in public places, and learn as much about safety as possible when taking trips with your family.  The loss of two lovely girls must have drowned the family in sorrow and the mother would likely be suffering from guilt for neglecting the twins. In fact, being engrossed in mobile phones has led to many such tragedies, but lessons haven't been learnt. In June, it was reported that a nine-year-old girl drowned in the community pool while her mother sat glued to her mobile phone. In the same month, a three-year-old boy was run over and killed by a van as his father looked down at his phone. According to the Guangming Daily, over 20 children were drowned in 10 days from June 25 to July 4 due to parental negligence and lack of supervision.  In such accidents, loss of a beloved can be the harshest punishment for the family. But there is another question: Can parents face legal action for such negligence? Countries like the US have the provision to bring the charge of negligent homicide against parents who allow children to die due to criminal negligence. Some Chinese law experts have suggested China follow suit to include a similar position in the law so that parents will be more alert when taking care of children. It sounds like rubbing salt into the wounds of grieving parents and families, but it may raise public awareness that children are not the private assets of their parents, but natural persons. Therefore, parents and carers will likely be more vigilant when they are with kids.  Coming back to the tragedy of the twins, media reports revealed that besides the mother's use of cellphone, a few other factors also led to the accident. The beach where the twins played is not approved for swimming and a placard warns beach goers: "No swimming." Unfortunately this was ignored by many travelers, including the mother. Locals said they avoid visiting the beach area that is known to be hazardous with undercurrents that can easily carry away people.  What if Qingdao had tightened supervision and taken stricter measures to prevent tourists from visiting the beach? And what if the mother was careful enough of the danger under the sea and stayed away from it? I hope these belated questions ring a bell and help avoid similar tragedies.  Chinese netizens often question in a lighter vein: Since we are required to obtain a qualification for almost all jobs, why being a parent - a critical job - does not need one? The mother is not the only one to blame for the death of her girls. However, a parent should be extra careful as there are safety hazards and lax management at many places. A parent can never treat safety issues lightly. After all, a moment of carelessness may bring about a lifetime of pain.