OPINIONS No middle-income trap for China

No middle-income trap for China

Editor's Note: Stephen S. Roach, former Chairman of Morgan Stanley Asia and the firm's chief economist, is a senior fellow at Yale University's Jackson Institute of Global Affairs and a senior lecturer at Yale's School of Management. He is the author of Unbalanced: The Codependency of America and China.

There has always been a fixation on Chinese economic growth. And with good reason. For a large economy, sustaining annual growth rates of 10 percent over several decades is unprecedented. 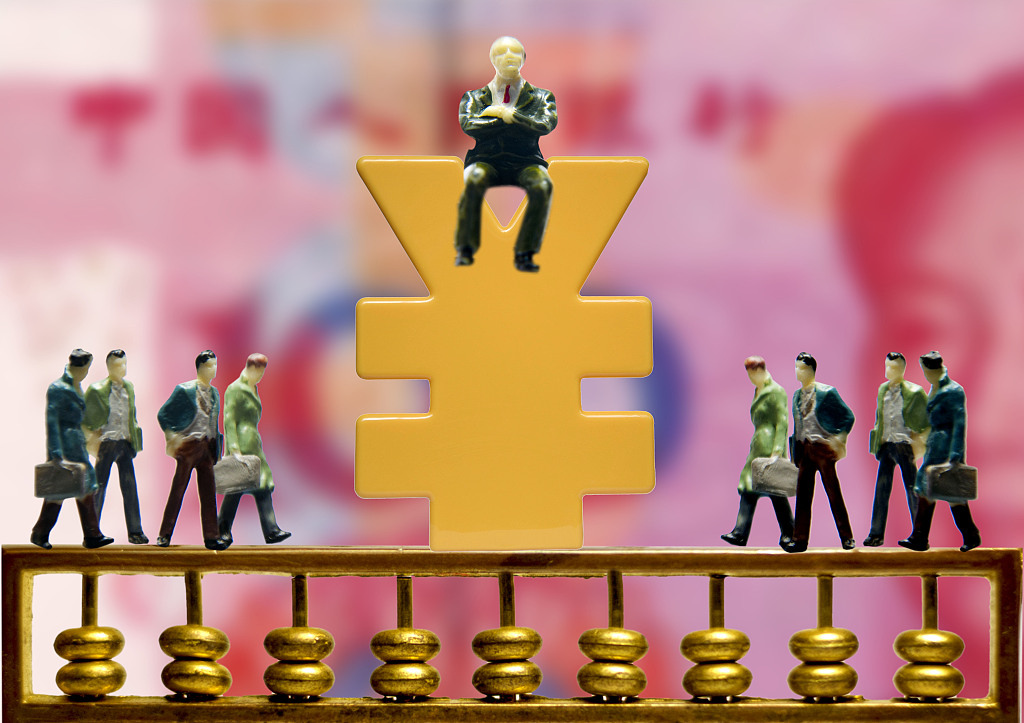 For the vast legions of China doubters, this is a “gotcha” moment. After all, the lower bound of the premier’s target implies a 40 percent deceleration from the “miracle” trend. This seems to vindicate warnings of the dreaded “middle-income trap” – the tendency of fast-growing developing economies to revert to a much weaker growth trajectory just when they get their first whiff of prosperity. The early work on this phenomenon was precise in terms of what to expect: as per capita income moved into the $16,000-$17,000 range (in 2005 dollars at purchasing power parity), a sustained growth deceleration of around 2.5 percentage points can be expected. With China having hit that income threshold in 2017, according to International Monetary Fund estimates, its post-2011 slowdown looks all the more ominous.

But one of the first things taught to economics graduate students, even back in my day, is to be wary of the perils of data mining. And the middle-income trap is a classic example of the pitfalls of endless number crunching. Give me a database and a powerful computer, and I can “validate” almost any economic relationship masquerading as an analytical conjecture. There are five key reasons to dismiss the now-widespread diagnosis that China is ensnared in the middle-income trap.

First, a middle-income trap may not even exist. That is the conclusion of Lant Pritchett and Lawrence Summers’s rigorous empirical study covering a broad cross section of 125 economies from 1950 to 2010. The best they could come up with is a strong tendency for growth discontinuities and mean reversion. At the recent China Development Forum in Beijing, Summers went further in assessing likely outcomes in rapidly growing developing economies, dubbing any mean-reverting slowdown as merely a tendency to close a “post-miracle gap.” Needless to say, the statistical regularity of such periodic growth gaps is very different from the permanent quagmire of a growth trap.

Second, a fixed trap threshold of $16,000-$17,000 may be a great literary device, but it makes little sense in a dynamic global economy. Since early research on the middle-income trap was published in 2012, the world economy has grown by about 25 percent – presumably boosting the moving target of a middle-income threshold by a comparable magnitude over that period. Largely for that reason, recent research has couched the trap not in terms of an absolute threshold, but as relative convergence to high-income countries. From this perspective, danger looms when developing economies’ per capita income approaches 20-30 percent of the level in high-income economies. Given that China will hit about 30 percent of America’s per capita GDP (in PPP terms) in 2019, it must be time to worry! 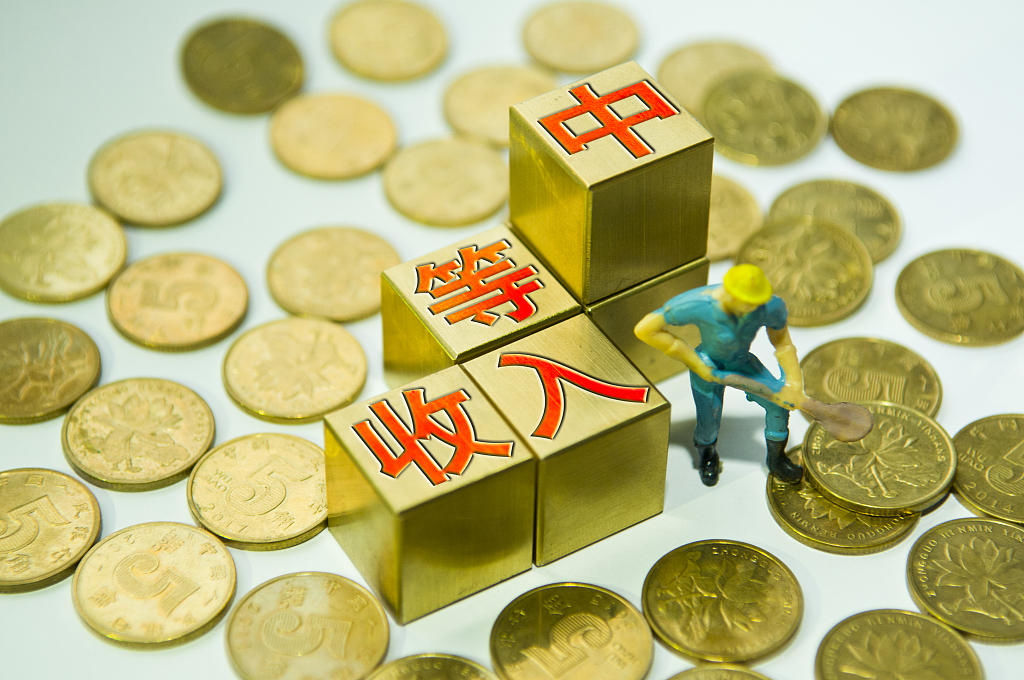 Third, not all growth slowdowns are alike. A country’s GDP is a broad aggregation of a multiplicity of activities across sectors, businesses, and products. Structural shifts from one sector to another can give the appearance of a growth discontinuity that may be nothing more than the outcome of a deliberate rebalancing strategy. This is very much the case with China today, given its shift from higher-growth manufacturing and other “secondary” industries to slower-growing services, or “tertiary” industries. To the extent that this shift is the intended result of China’s strategic rebalancing, a growth slowdown is far less alarming.

Fourth, the daunting challenges that China faces at this point in its economic development are far more important than whether its slowdown is a gap or a trap. What comes after the catch-up to advanced economies operating on the technological frontier? This is where China’s stated goal of shifting from imported to indigenous innovation comes in. Middle- versus high-income status is a relative comparison for developing economies seeking to operate on that frontier. Notwithstanding the temporary effects of periodic exogenous disturbances – such as deleveraging, global slowdowns, or even trade wars – catching up to the frontier and joining others pushing to move beyond it is the ultimate reward of economic development. That goal is enshrined in President Xi Jinping’s aspiration for China to achieve high-income status by 2050. 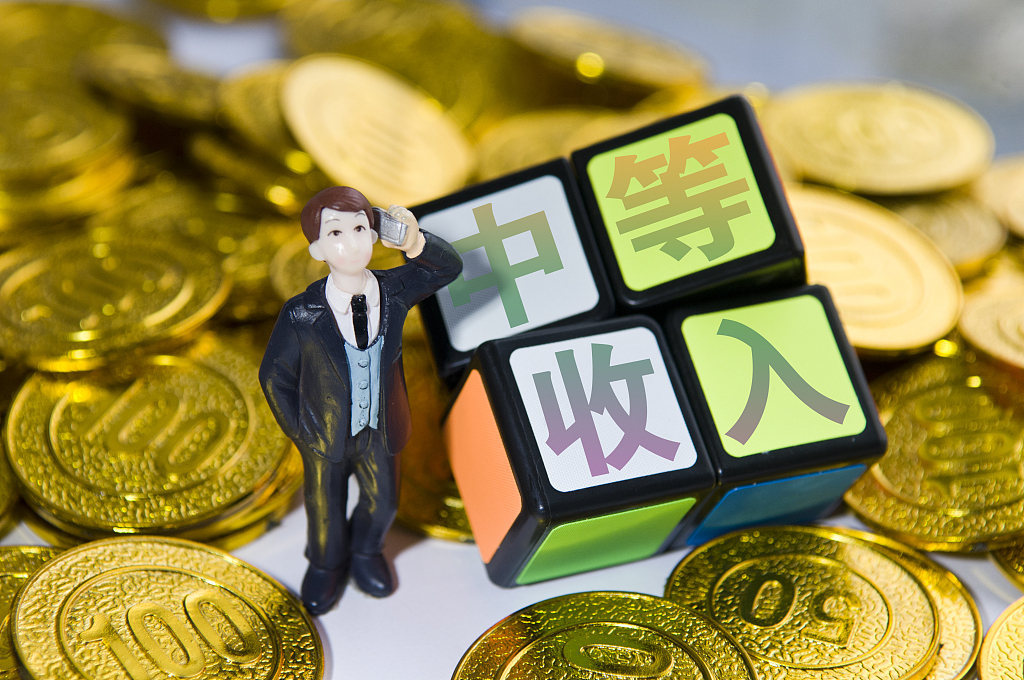 Lastly, productivity growth is far more important than GDP growth in determining a country’s development prospects. As such, I would be far more worried about China falling into a productivity trap than a GDP growth trap. A new study on total factor productivity by a team of Chinese researchers offers some comfort here. Like the work of Pritchett and Summers, this latest assessment of Chinese TFP growth reveals several discontinuities over the past 40 years. But the underlying trend for the past five years is encouraging: annual TFP growth of around 3 percent, with especially strong growth in the tertiary sector. So, notwithstanding the recent slowdown in aggregate GDP growth, services-led Chinese rebalancing is imparting meaningful productivity leverage to the economy as a whole.

The question now is whether China can sustain its recent TFP trajectory – a distinct possibility in light of an increasingly powerful shift to indigenous innovation and the sustained services-led productivity of a growing cohort of well-educated knowledge workers – and also reap the benefits of continued upgrading of its capital stock. If it can, the new Chinese study concludes that China’s potential GDP growth rate could hold at nearly 6 percent over the next five years. Such an outcome would conform quite closely with China’s longer-term ambitions.

So, yes, the days of 10 percent Chinese growth are over. That was inevitable. But there is good reason to believe that the real story is the shift in Chinese output from quantity to quality. That suggests that China will defy yet again widespread fears of a looming middle-income trap.