OPINIONS No one in Russia tells me what to say: RT America host

No one in Russia tells me what to say: RT America host

Lee Camp, host of RT America, seeks every possible chance to reveal the hypocrisy of the US government in his satirical program Redacted Night, offering a perspective different from that of American corporate media outlets. As a media person, how does he view the origins-tracing of the coronavirus advocated by US politicians and media? What factors affect US mainstream media? How does he feel as an American working in Washington for a Russian media outlet? Global Times (GT) reporter Wang Wenwen talked to Camp via video in her talk show Insight Talk. 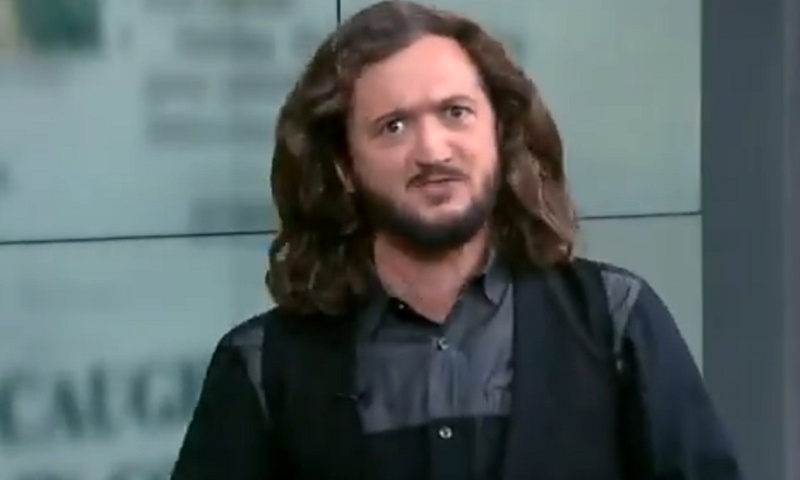 GT: In your April program, you "criticized" China's anti-virus fight, race and human rights issues. It turned out that you took the wrong playbook and those are all US problems. How did you come to this idea?

Camp: It's a little comedy fun I was having called "Satire". As most people know, it is kind of taking the opposite viewpoint of the truth in such a way that people realize the insanity and the ridiculousness of it. So for the US, a country where we allowed over 624,000 people to die from the COVID-19 and really have dealt with it incredibly poorly until getting the vaccine, it was hilarious for our accusations to get China that are basically should have been accusations against ourselves. We proved that both during the Trump administration, in many ways, it wasn't just Trump administration. You had chaos coming from the CDC as well. It was laughable for us to be accusing another country of the problems that honestly are things that we are dealing with ourselves.

GT: You jokingly called your program "news in America made by foreign agent." The Global Times is also labeled by the US as a foreign mission. How do you see the US label and restrict operations of media from adversary countries?

Camp: At the beginning of "Redacted Tonight" each week, I say, "This is the American show written by Americans covering American news. But in America, it's called foreign agents." Because I'm American, I was born and raised here. My parents are American. I'm covering American news. And yet, they've labeled the channel RT and anything that's on it as foreign agent. Like you said, they've done the same to Chinese media. It's a very dangerous thing because this label for an "agent" that they have here in the US was initially meant all exclusively for lobbying firms of other countries, like literally people that are paid to do lobbying for foreign countries.

However, now they're using it to attack media agencies which had never been done before until just a few years ago. So it's a very dangerous thing to accuse media people of being lobbyists for another country when that's not the truth. And it shows that America does not have press freedom. We use these labels to make sure that this information cannot get out, question, or be adversarial to the American government standpoint.

The other thing you can point to as America completely not supporting press freedom while we claim to is Julian Assange. We've had made sure he's been in prison for so many years because he revealed the truth.

The fact that the US is just accusing every foreign media outlet of being a foreign agent is laughable. At the same time, our so-called American media, like CNN, Fox News and so on, are lobbyists for the war state. They are lobbyists for war profiteers. They are largely funded by people that make money creating war. I think they should be labeled as war agents.

GT: Julian Assange has been under arrest for 10 years for exposing the US war crimes. Does your job worry you? Have you ever been threatened by certain forces?

Camp: I don't feel afraid in that way. But Julian Assange proves that you can be arrested by the US state for just printing the truth. And if the US government wants to show that's not true, then they need to release him. Wikileaks has never reported something incorrect or false. Never. Not once. Not one sentence has been proven false. And yet Julian Assange is in prison. If the US wants to have any kind of claim for press freedom, they must release him right now, which they could do. All they have to do is drop the appeal, and they can release Julian Assange. They also should stop going after Edward Snowden. They should stop harassing Chelsea Manning. They should release another whistle-blower named Daniel Hale. They need to release whistle-blowers and stop prosecuting them. Because these are all people who revealed corruption and war crimes, revealed horrible things that the people should know about.

GT: Do you think you serve for US interests, or Russian interests?

Camp: I work for US interests because I want to create a US that is peaceful and sustainable and lives in a world where we are not literally destroying the world around us. There is nothing more caring for the US. There's nothing more patriotic for the US than to create a peaceful and just world where we aren't the biggest prison state in the world, where we aren't locking everyone up, where people are free to live their lives in a sustainable way that can actually last for generations and our grandkids won't have to suffer.

To be that is the most pro-US, or anyone in their country, pro-their country. It's pro all of our countries to do live that way. That's the way I view it. I don't view myself as doing any sort of Russian interest media, because no one in Russia has told me to say anything. I'm going off my own viewpoints as an American who was born and raised here with a military father. I am going off my own viewpoint. So I'm merely standing up for a just, sustainable and peaceful world.