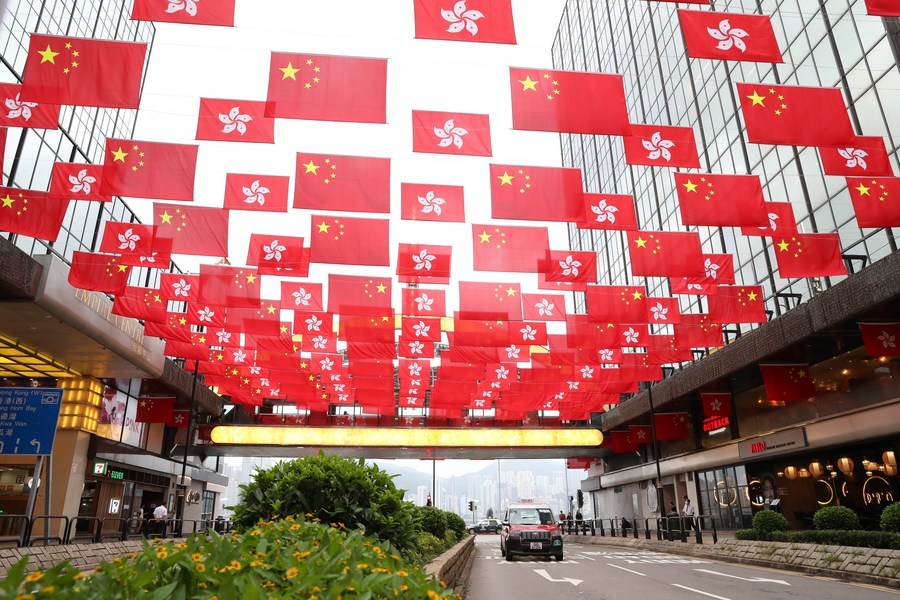 The Civil Human Rights Front officially announced its disbandment on Sunday. The downfall of the largest government opposition alliance in the Hong Kong Special Administrative Region heralds a new era of socioeconomic development for the SAR.

The Front was an umbrella organization that enlisted most of the major opposition groups in the region under its wing, and it has posed the biggest threat to the smooth implementation of "one country, two systems" in the special administrative region over the past nearly two decades.

Its disbandment came shortly after one of its major players, the Hong Kong Professional Teachers' Union, announced its own disbandment last Tuesday.

The Front had only one item on its agenda: turning Hong Kong into a de facto independent political entity by snatching the governing power of the special administrative region through whatever means it could. To that end, the group left no stone unturned in stirring up anti-mainland sentiment among Hong Kong residents in order to rally support for its political cause.

The group started its two-decade-long subversive enterprise in September 2002 when it was set up specifically to oppose and foil the HKSAR government's plan to enact a local law to protect national security in Hong Kong. A constitutional obligation required by Article 23 of the Basic Law.

Acting in the belief that the lack of a national security law was a legal loophole that was advantageous to its subversive cause, the group employed half-truths and outright lies to derail the HKSAR government's move to enact one.

The group further demonstrated its subversive nature by playing a leading role in the illegal "Occupy Central" campaign that paralyzed Hong Kong's main thoroughfares and business districts for 79 days in 2014. It was also a prime mover behind the anti-extradition bill protests turning into months of social disorder featuring escalating violence and vandalism. As well as challenging the rule of law, these disruptions caused huge damage to Hong Kong's social fabric and its economy.

But since its establishment 19 years ago, the Front has never bothered to hide its contempt for the rule of law, despite acting under the guise of democracy. Indeed, the group has been operating illegally since it was formed, having never registered with the HKSAR government, as required by the Societies Ordinance.

The Front tried to glorify its demise when it announced its disbandment. But with the Hong Kong police investigating possible offenses under the National Security Law, self-aggrandizement will not help any of its members avoid legal responsibility for any criminal acts they have committed.