OPINIONS No way for Western forces to dominate HK affairs

No way for Western forces to dominate HK affairs 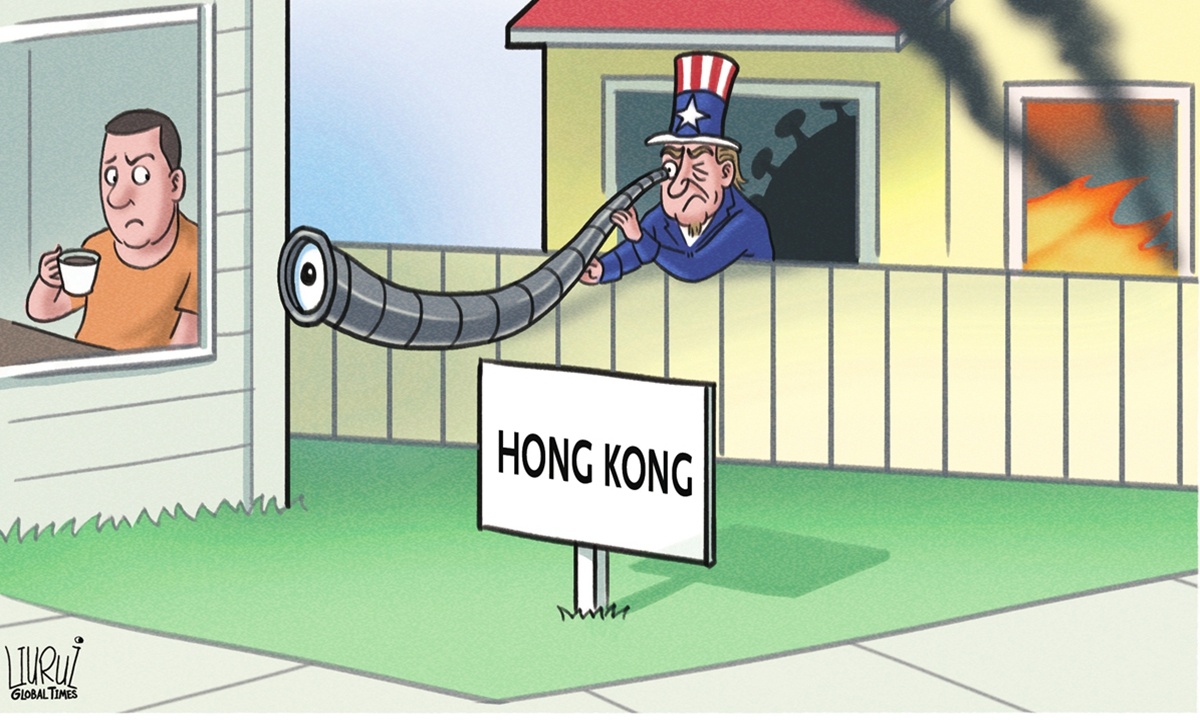 After the disqualification of the four Hong Kong opposition lawmakers and the resignation en masse of 15 others, the US, UK, Germany and other countries accused China of "suppressing democracy in Hong Kong," making it their another round of conflict with China over Hong Kong issues. Based on different interests and values, the conflict almost amounts to a showdown and is very difficult to reconcile.

Neither the election of a chief executive who confront the central government, nor the formation of a legislature that is capable of paralyzing the SAR government in its Basic Law duties, will be allowed. These are far from the initial intentions of the "one country, two systems" principle, and these contents cannot possibly be contained in the Basic Law.

If the Hong Kong opposition has such misreading, they should correct themselves immediately. Those who persist in wrong understanding and practice so-called "democracy" according to their own perception are bound to be restrained, and the obstinate ones are bound to pay the price. Some of the Hong Kong opposition brazenly colluded with the US and UK forces to demand Washington and others take action against Hong Kong, which will be defined as a betrayal of the country as well as Hong Kong by both China's value system and legal system. People with such delusion still wish to participate in the establishment of Hong Kong, become an influential member of legislative council and enjoy high remuneration - how could that happen?

One question for the US is: If American taxpayer-funded politicians openly ally with China or Russia, asking them to interfere in US elections and sanction US government officials, can their own moral and legal system allow and encourage it?

We also want to ask, if there is a group of people in the US Congress who openly break the rules of procedure to block the functioning of the Congress and paralyze the government's operation ability, will the US society applaud and label it as "just"?

Hong Kong has returned to China. Democracy is the social operation pattern rather than a chip used to bargain over the connotation of the return. The Hong Kong opposition should do what Chinese people should do. If they resist Hong Kong's return, they'd better migrate to the Western countries they worship. They should follow the general trend and carry on their life under the framework of the Basic Law that the Standing Committee of the National People's Congress has the authority to interpret, if they want to continue to live in Hong Kong.

Do they want to incite resistance? Their strength is too small to support even dreaming about it. Do they expect the West to help them reverse the situation? They are too naïve. China has become a powerful country that the West doesn't have the ability to provoke.

Is there any Western country thinking it has the ability to pressure China to yield? Not at all. Western forces have quite complicated and selfish considerations when they step in the muddy waters of Hong Kong question. They want to contain China by messing up Hong Kong, but they are unlikely to sacrifice their own interests to seek dominance over Hong Kong affairs. They know they won't succeed, nor do they have the guts to do that.

In the final analysis, the ultimate justification of Hong Kong affairs will always be in China's hand. There is only a certain while for Hong Kong opposition to collude with outside forces, and whoever stirs up the trouble will pay equally heavy price. Surely, the narratives that play up values first might be sensational, but common sense and conventional wisdom are the most powerful. Just keep in mind that the biggest reality is that Hong Kong belongs to China, and don't grapple with it. It is both a political rationale and a useful secular philosophy.