OPINIONS No wedding, no Crown: What’s a royal obsessive to do?

No wedding, no Crown: What’s a royal obsessive to do? 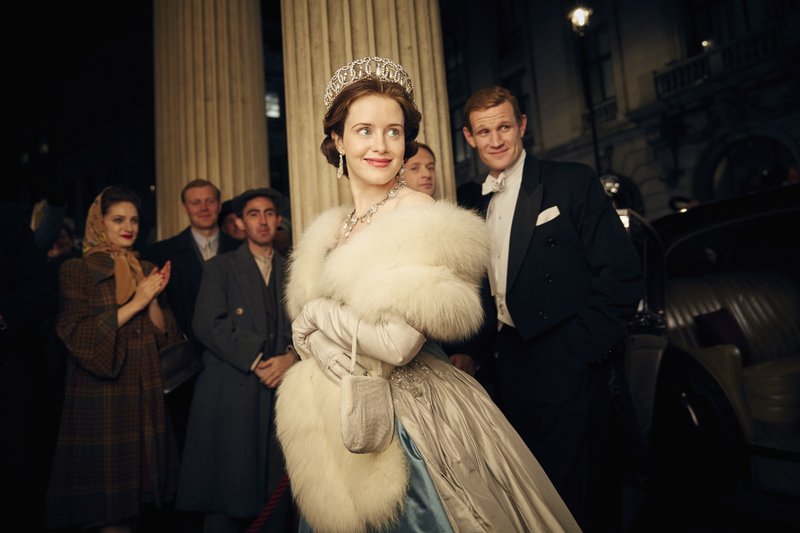 The House of Windsor, under that and other grand names, has provided five British monarchs to date, but it took you a quick minute to breeze through the recently released second season of “The Crown” on Netflix. And the wedding of Prince Harry and Meghan Markle isn’t until May 19, for heaven’s sake.

Word is the third season of “The Crown” won’t be released until 2019, so what’s a royal obsessive to do in the interim? Some ideas on what to read and watch while you wait:

The Smithsonian Channel will mark the 65th anniversary of the coronation of Queen Elizabeth II on Jan. 14 with a rare TV appearance by the queen herself in a new documentary about her big day, aptly titled “The Coronation.” The 91-year-old monarch has a look back at the King Edward crown she wore only once, a solid gold, 5-pound ornament made in 1660 with 440 jewels. The documentary, to be shown in the United States, United Kingdom and Australia, is a partnership with the BBC and Australia’s ABC.

How about some appointment TV for the second season of this Masterpiece series that began in 2016? Season 2 begins on Jan. 14 and a third season has been confirmed. The show so far has focused on the early days of Queen Victoria’s reign. It stars Jenna Coleman as the young and angsty Victoria and Tom Hughes as the curt but cute Prince Albert. Most Americans know the show as a PBS series, but each season has aired in the United Kingdom on ITV before hitting the states. There’s plenty of “Upstairs Downstairs” drama and oddly amusing one-liners to make it all worthwhile.

“Diana, in Her Own Words,” ″Empire of the Tsars,” ″Prince Philip: The Plot to Make a King,” ″Elizabeth at 90: A Family Tribute,” ″The Royals” and “The Royal House of Windsor” are all available on Netflix. Love them or hate them. Just know that the mix of drama and documentary is there for you. The first season of the “The Royal House of Windsor,” a Channel 4 doc in the United Kingdom, includes interviews and archival footage that jibes nicely with events covered in “The Crown.” It begins during World War I as the family navigates anti-German sentiment and rebrands as Windsor from previous family names of German descent on the paternal side.

Interested in time hopping? There’s the Showtime series “The Tudors,” available on Netflix. It stars Jonathan Rhys Meyers and covers the tumultuous 16th-century court of King Henry VIII. And there’s “Reign,” a vivid drama originally on the CW that spans the rise of Mary, Queen of Scots. It’s also on Netflix. Plenty of sex and political intrigue there. Just sayin’.

LATEST FROM THE BIG SCREEN

If you feel like big and fresh film productions, find “Dunkirk” and “Darkest Hour.” They’ve got you covered on World War II England. In the latter, Winston Churchill (this one played by the recent Golden Globe-winning Gary Oldman and Gary Oldman’s movie prosthetics) is newly appointed as prime minister and must decide to fight or negotiate with Adolf Hitler. The gritty “Dunkirk” puts viewers on the beach and in the heart of peril as the famous evacuation during fierce battle unfolds in the French town of Dunkirk.

There’s an official companion book to “The Crown.” Written by British historian Robert Lacey, “The Crown: The Official Companion, Volume 1" covers 1947 through 1955. For all those viewers of the series who found themselves Wikipedia-ing and YouTube-ing real events depicted on the show, this book will be dessert. In addition to production and cast details, the book includes loads of photos and fact-checking. More volumes are expected. Look up Lacey for other royal matter he has taken on.

One could get lost in the reading options spanning the family’s branches, generations and real-life drama, all offering different tones and levels of credibility.

One book, described by the Sunday Telegraph as possessing a “bouncy charm,” is “Philip and Elizabeth: Portrait of a Royal Marriage,” by Gyles Brandreth — who, according to Amazon, has met all the principal players, quotes no anonymous sources, has known the Duke of Edinburgh for 25 years and interviewed him. The book came out in paperback in 2016.

Going way back, if you’re up for a bit of literary controversy, pick up “The Royals” and take in provocateur Kitty Kelley’s 1997 look at behind-the-scenes Buckingham Palace.

Take a Prince Charles time out with a fresh look at the life of the oldest heir to the throne in more than 300 years with “Prince Charles: The Passions and Paradoxes of an Improbable Life,” by Sally Bedell Smith. It’s out in paperback and includes the years after the death of Diana and his marriage to Camilla.

WHAT TO DIP INTO ONLINE

The New York Times website recaps each episode of “The Crown” in text stories, but it goes the extra mile. Through the miracle of hyperlinks and its own “Times Machine” function, the site links wanderers to the paper’s original reporting — and its original pages in PDFs detailing numerous actual events covered in the series.

The History Channel — being, well, the History Channel — is all over “The Crown.” Its website, History.com, is a palooza of fact-checking and other period reportage spanning the private life of Queen Elizabeth II to the Suez crisis and the assassination of President John F. Kennedy. There are side-by-side period photos of key scenes and characters, including Netflix queen Claire Foy smack next to the actual queen in the same pose. There are links galore to British Pathe and other archival video. And there are book and other citations for your next fix.