OPINIONS Nobody can win in the trade war game

Nobody can win in the trade war game 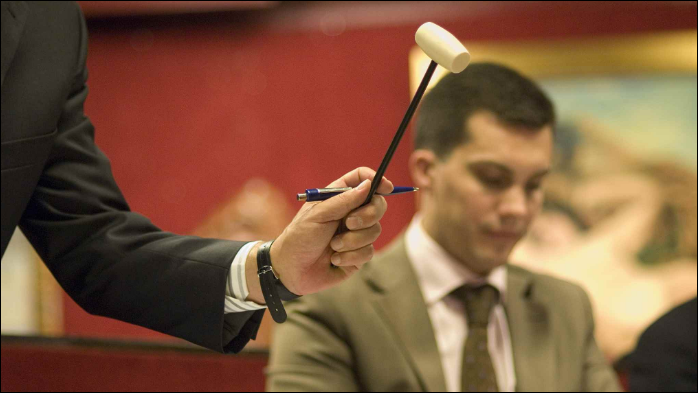 The world is currently entering uncertain times, politically and economically. Brexit threatens the state of the EU, trade wars abound between nations, and the harmony of the planet is indeed threatened.

In recent days, the attention of the world has turned to the escalating trade war between the US and China. These two nations have been engaged in a tit-for-tat trade battle over several months now, with China accusing the US of "launching the largest trade war in economic history". Last year, President Donald Trump withdrew the US from the Trans-Pacific Partnership trade pact (TPP), which, according to the BBC, "marks a striking change from the free trade policies that have governed the exchange of goods for decades".

Trump has imposed three rounds of tariffs on 250 billion US dollars worth of Chinese goods. At each round, China has retaliated with tariffs on US exports to China.

It is interesting to note that the term 'tit-for-tat' has been widely used in media discourse as this puts us in mind, in game theory, of the repeated Prisoner's dilemma, where, over several repeated rounds of play, mutual cooperation is enforced by the threat of future punishment; if one player defects this round, the other player punishes by defecting in the next round (Axelrod's 'tit-for-tat' strategy). This punishment threat results in mutual, if uneasy, long-term cooperation, as they found out that tariffs harm their own economy and are forced to reach a truce.

However, maybe this is not such a good analogy for the US-Chinese trade war, as there is certainly no long-term cooperation enforced by punishment threats at this moment. Mutual defection and tit-for-tat behavior are already happening!

The Game of 'Grab-the-Dollar', or 'Dollar Auction' (designed by Economist Martin Shubik) may be a better metaphor for the retaliatory trade war. In Dollar Auction, each player bids sequentially for a dollar. The twist is that, in addition to the winner paying their bid amount for the dollar, the second-highest bidder loses the amount that they bid, without gaining the dollar. Thus, in a multi-player game, the second highest bidder is the biggest loser!

The dollar auction brings about a paradox in which "players are compelled to make an ultimately irrational decision based completely on a sequence of apparently rational choices made throughout the game".

Consider the two-player version: let the first player open the bidding at, say five cents. The second player can drop out, and his payoff would be zero (he would pay nothing, and receive nothing). The first player would obtain a profit of 95 cents (paying five cents for a dollar). On the other hand, the second player may decide to bid (she may reason, "The second player has only bid five cents: I can beat that bid by just going slightly higher, getting the dollar for seven cents: with a 93 cent profit").

The point of the game is that, once the two players have made opening bids, this sets in force a sequence of escalation and ever-more-costly retaliation, as the bids go higher and higher, with both players knowing that they will both ultimately pay, but only one can win. Once the bid price exceeds the value of the dollar, players dramatically increase their bids, and their eventual losses, in order to stay in the game and to spite each other.

This game, based on bounded rationality (not understanding, or being able to foresee, the forthcoming damaging sequence of events from the beginning of the game), feelings of unfairness (I can drop out now, and pay nothing, but my opponent will then make 95 percent profit), and escalating greed, anger, retaliation, and desperation can be used to reflect damaging trade wars.

Initially, small tariffs and counter-tariffs can set in motion a sequence of increasingly damaging retaliatory forces, where nobody wins, and everyone loses.