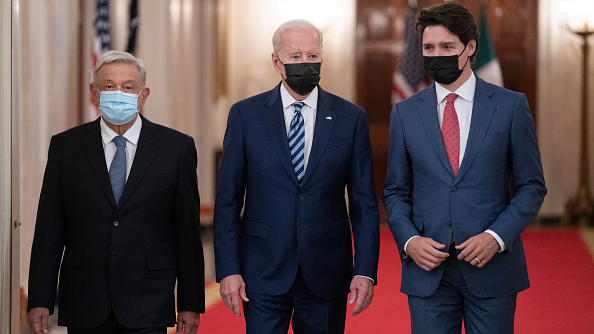 Each side had its sticking points during the meeting. However, the one that garnered the most attention was Canada and Mexico's objection to Biden's proposed tax credit in Washington, part of the "Build Back Better" (BBB) agenda, for consumers to buy electric vehicles – with even more incentives if they're made in the United States.

The proposal, as it stands, envisions a plan that would offer U.S. consumers a $7,500 tax credit if they buy an electric vehicle (EV) through 2026. The year after that, only EVs made in the U.S. would qualify for the credit, and the base credit would increase by another $4,500 if the vehicle is made at a U.S. plant that uses union labor.

Canadian and Mexican officials have voiced concern about this two-tier tax credit, with the potential for retaliation under the United States-Mexico-Canada Agreement (USMCA), saying it would give an unfair advantage to U.S. companies.

This situation is another example of how the U.S.'s full-spectrum pivot to trade protectionism creates diplomatic isolation. It also raises questions about whether this will inadvertently lead to the U.S. not meeting critical climate goals.

First of all, as the U.S. tries to draw others into its attempt to combat China's economic rise, it's hard to make the case that claiming China is engaging in "economic coercion" or unfair policies when this is exactly what Washington does.

Prime Minister Trudeau brought up this issue the day before the summit in Washington, saying that "not even the United States" can take on China alone and that "when we work together, as Western democracies, we get things done."

But the base of Biden's Democratic Party has also gone in this direction, which is why both progressives in Congress and the administration are behind "Buy American" initiatives, including the EV tax credit. It shows that Trump's protectionism was not a political hiccup but a complete realignment on trade issues, and it will have long-lasting diplomatic consequences. 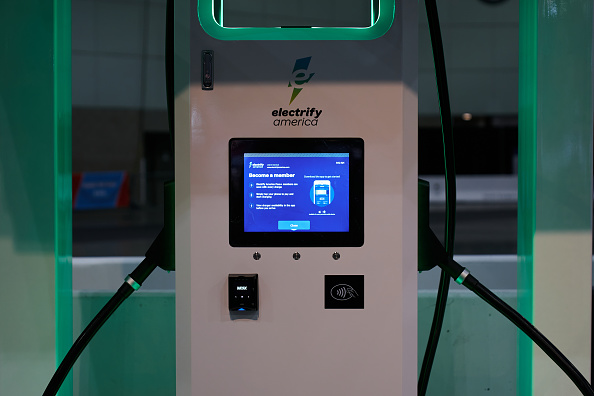 This kind of behavior on the part of Washington is not "free, open and fair." It provides a clear advantage for U.S. companies, distorting the market in favor of these firms and hurting workers and businesses in Canada and Mexico, on top of over 20 other countries whose ambassadors have voiced concern to Congress over the issue.

Particularly for Canada and Mexico, the tax credit ignores how integrated auto production is in North America since it's common that auto parts can cross borders several times before ending up in a finished vehicle. A major point of this latest North American summit was to address supply issues, but the EV tax credit would ironically pose new challenges for the auto supply.

This leads to the question of whether or not the tax credit actually does more harm than good for the real purpose, which is converting vehicles to green energy as soon as possible.

Providing unfair advantages to companies that might otherwise not have the most sustainable or efficient business models could hurt EV production in the long term. Instead, Washington should be providing a blanket tax credit that allows consumers to pick their desired vehicle.

On the other hand, I definitely see that the EV tax credit is not the worst possible legislation since its provisions do exclude manufacturers like Tesla, the largest EV manufacturer, by market capitalization.

I think it's fair to say that if the U.S. federal government were funneling cash hand over fist to the world's richest person, Tesla CEO Elon Musk, this would be so ridiculous as to not even warrant discussion – of course, Tesla has long cashed in on similar tax credits.

In any case, now that the BBB agenda is awaiting revision in the much more difficult Senate, the fate of the EV tax credit is open. We have yet to see how this will ultimately turn out, but one thing is clear: If passed as is, it would mean more diplomatic isolation.