OPINIONS NPC to focus on budget and targets

NPC to focus on budget and targets 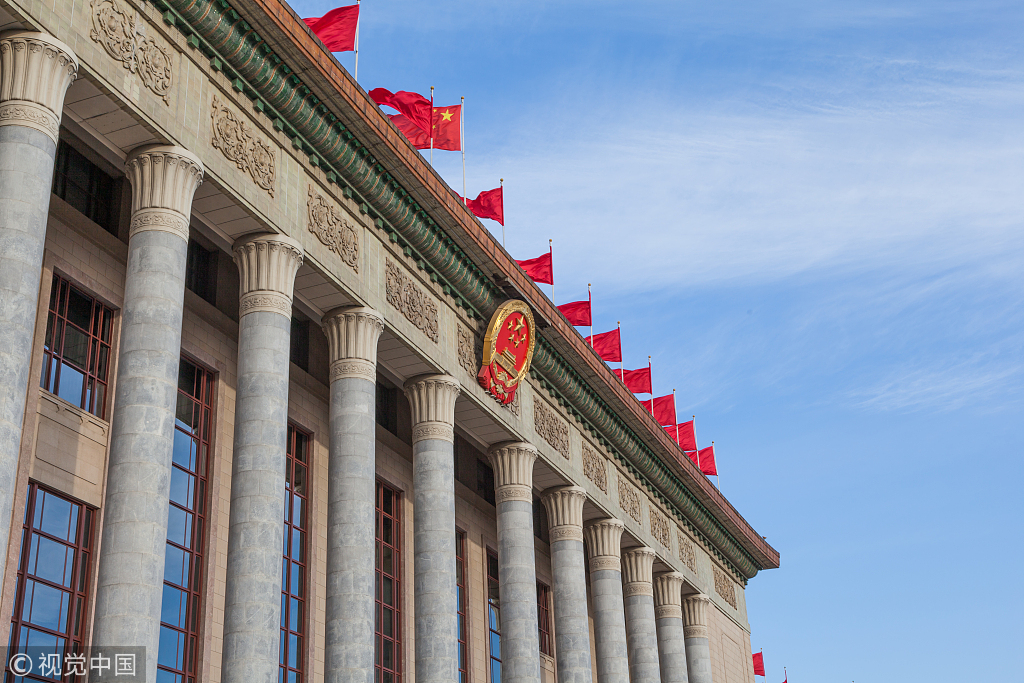 The Great Hall of the People. [Photo/VCG]

The Chinese government may prioritize job creation over achieving a specific growth target in 2020, and it is likely to adopt a flexible growth target to anchor expectations and bring the jobless rate below 5.5 percent by the end of the year.

While at its annual session, the National People's Congress may pass an expansionary budget, we (at Standard Chartered Bank) expect monetary policy to remain accommodative, with the People's Bank of China, the central bank, injecting sufficient liquidity and cutting rates to prevent a crowding out of the private sector.

After being delayed due to the COVID-19 pandemic, the NPC's annual session will convene on Friday. Some policy advisers have questioned the need to set a growth target, because China's GDP contracted 6.8 percent year-on-year in the first quarter of 2020, and the pandemic could potentially result in the worst peacetime recession after the Great Depression. Yet we see a low probability of the growth target being dropped entirely, although the employment target is likely to take precedence.

The statement issued after the meeting of the Political Bureau of the Communist Party of China Central Committee on April 17 highlighted the need to "protect employment, livelihood, market players, food and energy security, supply chain and grass-root operations". With urban unemployment rising to 6.0 percent in April and underemployment topping 3 percent, we expect the government to keep the urban unemployment rate target at 5.5 percent (the same as last year).

For decades, China's growth target has been an important anchor in policymaking and business planning. This year, given the high degree of both domestic and external uncertainties, the government is likely to view the 2020 growth target as indicative rather than binding. Recent years' data show that 1 percent GDP growth creates roughly 2 million jobs in China. If it reaches an annual growth of 2-3 percent, it will imply average growth of about 5 percent year-on-year from the second to the fourth quarter, which can help create 10 million jobs (including for more than 8 million new college graduates) in the year ahead.

The meeting of the Political Bureau of the CPC Central Committee assigned a "key" role to fiscal policy in stabilizing the economy, by "raising the deficit ratio, issuing central government special bonds to combat the virus, and increasing local government special bond issuance". We expect the broad budget deficit to widen, implying a stimulus worth 3.5-5.5 percent of GDP. Our estimate is based on announced and expected discretionary stimulus measures, and takes into account the automatic stabilizer effect of the economic downturn.

2020 revenue may fall but spending may rise slightly

The broad budget deficit likely comprises the following components: First, official headline budget deficit could be 3.5-5.0 percent of GDP. The official definition covers only the general public budget and counts the revenue-spending gap financed by general bond issuance. In the first three months of this year, revenue dropped 14.3 percent year-on-year, while spending fell 5.7 percent year-on-year, with deficit almost doubling over the same period last year. For the year as a whole, we expect revenue to fall by about 4 percent and spending to grow by about 1 percent, reflecting the effect of the growth downturn, tax and fee cuts, and expenditure on relief measures.

In real terms, spending may exceed revenue by about 6 trillion yuan ($844.02 billion, about 6 percent of GDP), but only 3.5-5.0 percent may be financed by general central and local government bond issuance. In 2019, the official budget deficit was 2.8 percent of GDP.

Second, the additional revenue-spending gap may be 1.0-1.5 percent of GDP. The remaining gap from the first point above is likely to be financed by the fiscal stabilization fund and the carryover fund saved from previous years.

Third, the government funds' budget deficit likely to be 3.0-3.5 percent of GDP.This part of the deficit is financed by local government special bond issuance. So far this year, the local bond quota of 2.29 trillion yuan has been allocated ahead of the NPC session to accelerate infrastructure investment, compared with the annual quota of 2.15 trillion yuan in 2019.

Fourth, additional government funds' budget deficit could be 1.0-2.0 percent of GDP, which may be financed by central government special bonds. And the proceeds of the bond issuance are likely to be used to support the reconstruction of Hubei province, the epicentre of the outbreak in China; finance relief programs benefiting severely affected businesses and households; and possibly replenish the capital of smaller banks, enabling them to lend more to small and medium-sized enterprises.

In addition to covering revenue shortfalls and spending on relief measures, we expect the fiscal stimulus to support investment programs, including healthcare and emergency response facilities; traditional infrastructure, such as irrigation, environmental protection, energy, transportation, municipal construction; new infrastructure, such as 5G, artificial intelligence, data center; and the renovation of old communities in cities.

Conservatively assuming a fiscal multiplier of 0.5, we expect 3.5-5.5 percent worth of fiscal stimulus to boost GDP growth by 1.7-2.7 percentage points this year. China's monetary stance has already shifted from leverage stabilization to re-leveraging to support an economic recovery. The meeting of the Political Bureau of CPC Central Committee asked the central bank to maintain adequate liquidity and guide lending rates lower by cutting the reserve requirement ratio and interest rates, and increasing re-lending.