NSA's cyberattacks on China expose new face of US imperialism 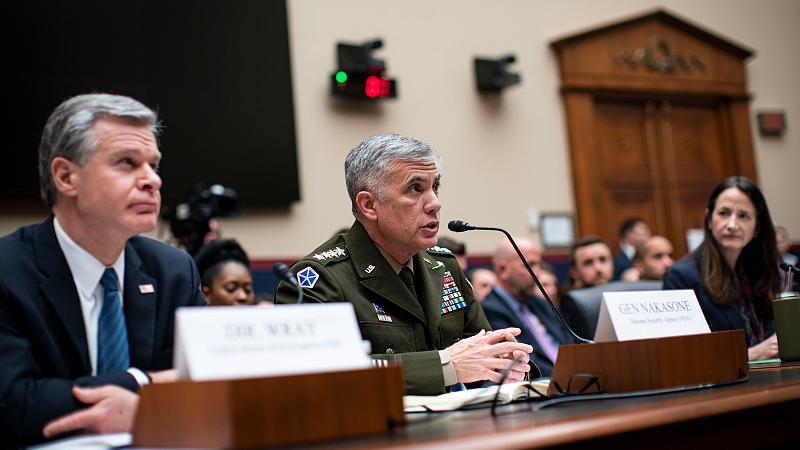 Editor's note: Nadim Siraj, author of "Secret Notes from Iran: Diary of an Undercover Journalist," is an India-based journalist who writes about conflict and current affairs.

But in more recent times, Washington has been bullying its geopolitical rivals not just through conventional means, but in the digital space as well-through widespread, sophisticated cyberattacks.

The recent exposition about the U.S. National Security Agency's (NSA) cyberattacks on high-profile targets in China shocked many people around the world, but they are only a drop in the ocean. Cyber crimes have become the new pastime for an America obsessed with, and dominated by Big Tech and digital ambitions.

An investigation by the National Computer Virus Emergency Response Center (CVERC) in China and internet security company Qihoo 360 Technology discovered that the NSA's Office of Tailored Access Operations (TAO) has carried out at least 10,000 unlawful cyberattacks against Chinese targets in recent years.

The probe, which also found that the U.S. intelligence body possibly stole 140 GB of vital data during the attacks, was launched after the Northwestern Polytechnical University (NPU), a popular research university in China, was hacked in April. China's Ministry of Foreign Affairs responded to the crimes firmly, slamming the NSA's actions and underlining that Beijing wants to work with the international community to keep the internet safe – quite unlike America's belligerent approach.

In fact, in the build-up to the NSA's audacious attacks, Beijing had been repeatedly raising the alarm in recent times about U.S.-led cyberattacks routinely taking aim at sensitive Chinese targets, such as top educational hubs, energy companies, and technology firms.

To get a sense of the magnitude of the NSA's attacks on China, one needs to imagine a hypothetical scenario in which the reverse happens. Say for example, a Chinese intelligence agency hacks into the computers of leading U.S. universities, unleashes thousands of cyber strikes on American targets, and walks away with sensitive data. How would Washington, its allies, and the Western media react? They would make a hue and cry, drum it up as if China had unleashed a war on America, label it a global emergency, and try to go after Beijing with all its military might.

Now, flip that hypothetical scenario by positioning the U.S. as the aggressor. In fact, that is precisely what actually happened, with the NSA launching over 10,000 cyberattacks on Chinese targets. You can now get a sense of the enormity and audacity of the NSA's cybercrimes.

The NSA has an unending laundry list of clandestine operations. Officially a national-level intelligence agency under the U.S. Director of National Intelligence (DNI), the NSA has historically carried out illegitimate espionage activities on foreign targets as well as domestic ones, sparing no one. 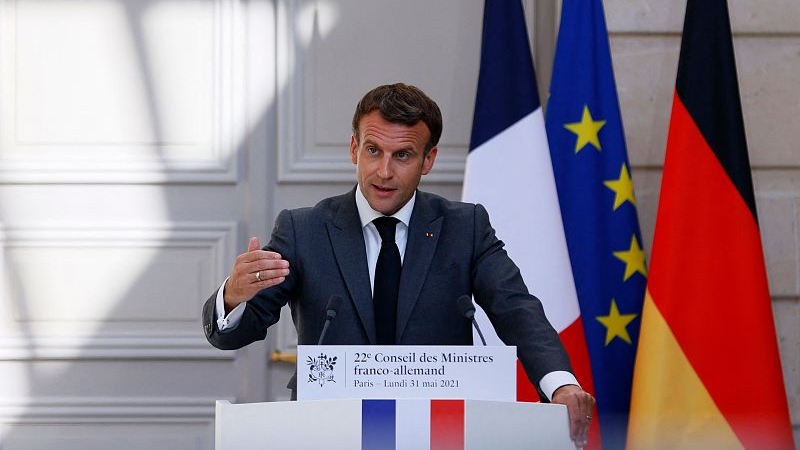 French President Emmanuel Macron and German Chancellor Angela Merkel (not in picture) demand an explanation from the United States and Denmark for spying on allied leaders, Paris, France, May 31, 2021. (Photo: CFP)

Unsurprisingly, it also emerged that the NSA had been going after China. Snowden exposed in 2014 that the U.S. agency was spying on Chinese telecommunications company Huawei, seeking to find out whether it had close ties with the Chinese government.

CIA, the other aggressor

Through the disturbing leaks, the world learnt that the CIA, earlier notorious for real-world espionage acts around the globe, was also capable of hacking into television sets, mobile phones, operating systems, internet browsers, and even moving cars.

The despicable acts of U.S. intelligence agencies targeting China are, in fact, an outright violation of a 2015 understanding between the two countries to avoid carrying out cyberattacks against one another. Chinese President Xi Jinping was hosted by his American counterpart, former U.S. President Barack Obama, that year at the White House, where the two leaders agreed to cooperate on cybersecurity "in a manner consistent with their respective national laws and relevant international obligations, with requests to investigate cybercrimes, collect electronic evidence, and mitigate malicious cyber activity emanating from their territory." Quite clearly, Washington has disrespectfully swept aside the 2015 bilateral arrangement, continuing to let loose U.S. intelligence agencies, primarily the NSA and the CIA, on Beijing and various other Chinese targets.

All along while carrying out the cyberattacks, the U.S. has consistently projected itself as a victim of cyber warfare, pointing its finger at the Chinese government, hurling suspicion at successful telecom companies such as Huawei, and portraying Russia as a major cyberbully.

A simple throwback to the history of the U.S. intelligence community shows a legacy mired in shady coups, disruptive missions, unauthorized interventions, and regime change attempts. The U.S.-British joint project that overthrew Iranian Prime Minister Mohammad Mosaddegh in 1953, the CIA-orchestrated ouster of Guatemalan President Jacobo Arbenz in 1954, the failed Bay of Pigs Invasion of Cuba in 1961, multiple assassination attempts on Cuban leader Fidel Castro, the covert U.S. role in the regime change in Chile in 1973, the CIA-led Guantanamo Bay interrogations post 9/11 attacks, the extraordinary renditions – these are just a few of many unwelcome actions of the U.S. intelligence community.

Going by America's long history of dubious espionage acts, the NSA, CIA, and other U.S. spying agencies' penchant for cyberattacks in recent years is only an extension of Washington's ages-old imperialist policies and ambitions.