NYT should stop distorting facts to suit own anti-China agenda

About a century ago, Walter Lippmann, known by many as the "Father of Modern Journalism," criticized The New York Times for distorting reports on Russia and "seeing not what was, but what men wished to see."

While the Times' tradition to push a narrative instead of presenting the facts has long predated its highly biased reporting on China's fight against COVID-19, its latest step to twist facts to suit its anti-China agenda represents a new low for the daily.

By intentionally misquoting professionals on a World Health Organization (WHO) team who have concluded their mission on COVID-19 origin-tracing in China, the Times, among some other Western media, have made themselves accomplices in politicizing the pandemic.

Though the Times was at the vanguard when it came to pointing out conspiracy theories and lies churned out by the former U.S. administration of Donald Trump, it has more than its fair share distorted reality when it comes to reporting on China.

Take its latest misleading account of the trip to China by the WHO expert team as an example. By selectively misquoting WHO experts to leave the impression that those scientists were endorsing the falseness of a report, the Times again attempted to frame China as lacking transparency.

In the report, those WHO scientists were depicted as "typically mild-mannered." Shortly after the report was published, two of those "mild-mannered" interviewees slammed the Times for misquoting them and stressed that the fabricated accounts by the Times "was NOT my experience." 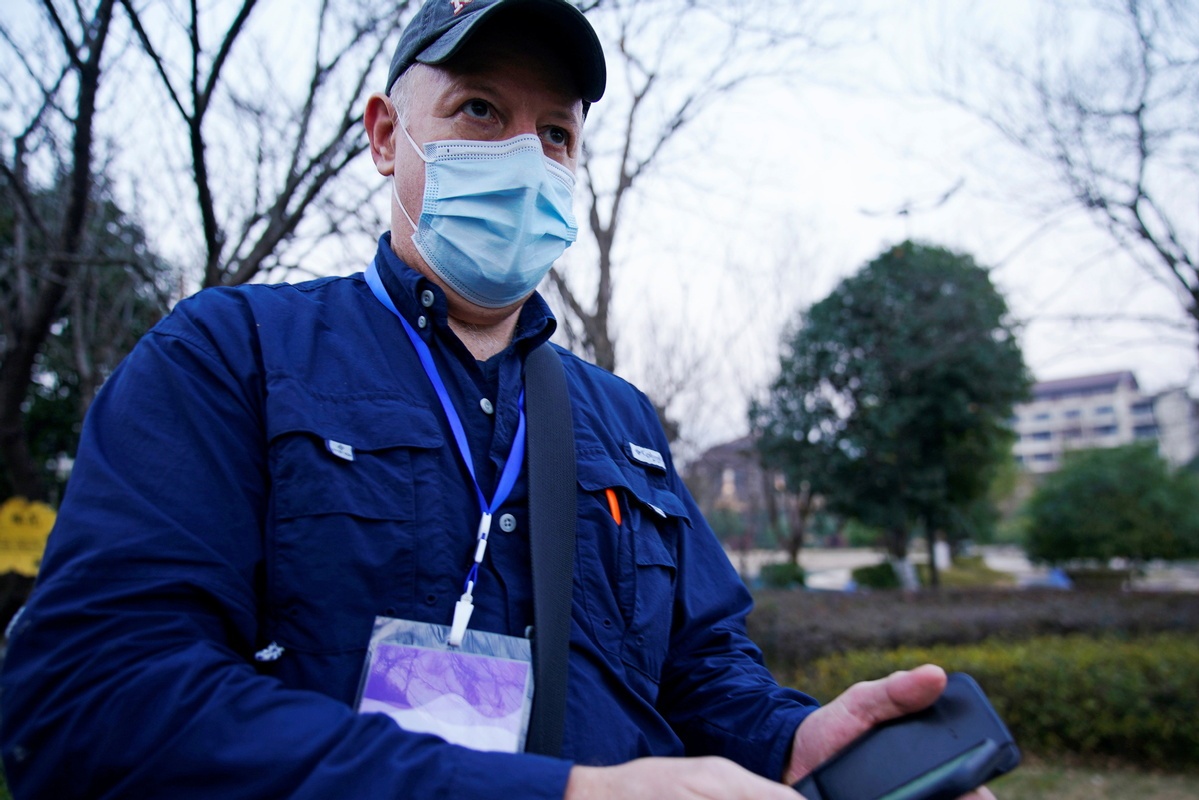 Peter Daszak, a member of the World Health Organisation (WHO) team tasked with investigating the origins of the coronavirus disease (COVID-19), walks at a lakeside at a hotel in Wuhan, Hubei province, China, February 3, 2021. (Photo: Agencies)

"Shame on you @nytimes!" As Peter Daszak, a British zoologist and a member of the WHO expert team, tweeted.

For the past months, the world has borne witness to how a politicization of the pandemic could hinder the global campaign against the once-in-a-century health crisis. Unfortunately, even now, some Western politicians and media like the Times are still spreading misinformation in pursuit of their geopolitical agenda against China.

While China is committed to transparency and global collaboration in the fight against COVID-19, some Western media like the Times have no qualms about abusing their influence to mislead the public over China out of self-interest.

Those groundless accusations constitute a stark disrespect for the hard efforts of scientists from both China and the WHO, as well as malicious slander against China's achievements in the fight against COVID-19.

As noted by Chinese Foreign Ministry spokesperson Wang Wenbin, COVID-19 origin-tracing is "a complex scientific issue involving many countries and regions," and should be carried out by global scientists in collaboration.

For the global collaboration to succeed, mutual respect and trust must be guaranteed. China is unswervingly committed to building trust, but some Western politicians and media like the Times should keep in mind that trust is a two-way street.