The sudden death of actor Godfrey Tsao has exposed problems in China's showbiz industry. Increasing pressure on ratings is forcing stars and staff to work long hours, while workplace protections lag behind.

It's reported that 35-year-old Tsao died of a sudden cardiac arrest while filming the competitive sports reality show "Chase Me" in Ningbo in East China's Zhejiang Province on Wednesday.

Reports said Tsao collapsed while running and shouting "I couldn't bear it." Hearing the news, web users raised a series of questions concerning the workplace protections of the show on social media. 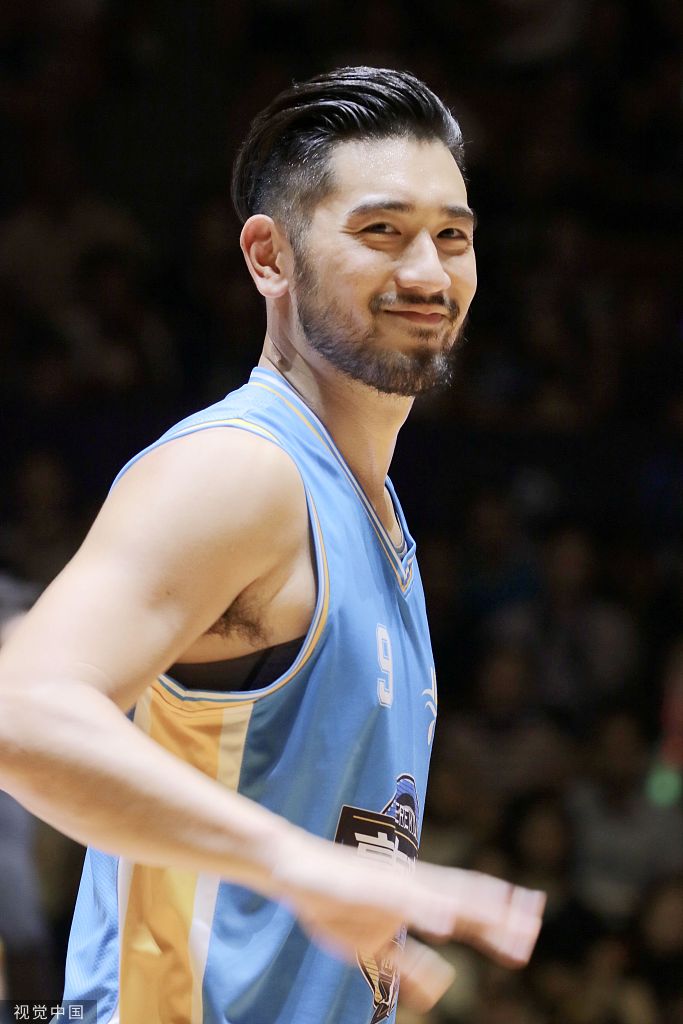 The first question is whether the long hours of filming the TV show exceed the physical limits of people. The celebrities of "Chase Me" are required to start running at around 9 pm with followers chasing them until 5 or 6 am.

Screenshot from the TV show "Chase Me" (Photo via weibo)

Limited budgets have made many crews choose to tape the show in an intensive way rather than splitting the taping over two days. Working nonstop for over 10 hours a day has turned into the daily norm of China's showbiz industry. No wonder stars are getting physically worn out. Such unspoken  norms have paved the way for the occurrence of accidents.

Moreover, as the program is projected to push participants in the games to extremes, many rounds are designed to be exhausting even for participants in good physical shape. In previous shows, games for the participants include climbing a 70-meter-high building and swinging at a height of 140 meters by hanging on a rope. And those chosen to chase after the participants are not ordinary. They include triathlon athletes and a former SWAT officer.

Screenshot from the TV show "Chase Me" (Photo via weibo)

Based on the format of American TV show "Million Dollar Mile" and Germany's "Catch", "Catch Me" differs largely in the professions of participants. The permanent guests are all stars in the entertainment business, including William Chan, Jam Hsiao, Huang Jingyu and Zhong Chuxi. In contrast, the foreign TV shows mainly select athletes or participants who are capable of handling high intensity physical work.

There was only in one episode in which several athletes were invited as guests. Former Olympic boxing champion Zou Shiming and gymnastics champion Li Xiaopeng participated, and Li was estimated to run at the usual speed of runners in a marathon. Even Zou and Li felt exhausted. This means the star participants are even less prepared to complete the tasks.

The medical services provided by the crew were believed to be not qualified to deal with emergencies. "Regarding cardiac arrest, administering cardiopulmonary resuscitation in the first four to six minutes is crucial. That's why we call it the  'golden four minutes'," said Liu Wei, associate chief physician and associate professor at the cardiovascular department of Anzhen Hospital in Beijing. 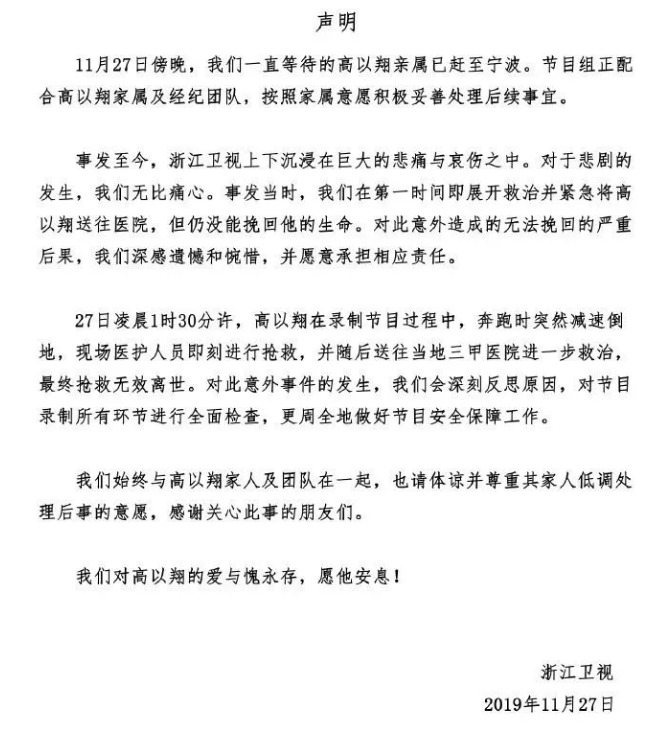 Screenshot of the announcement made by Zhejiang Television(Photo via weibo)

Though Zhejiang Television said that "the medical team on the scene gave first aid", it's highly questionable whether professional cardiopulmonary resuscitation was given to Tsao in the first four to six minutes. People also questioned why the crew failed to place an automated external defibrillator at the scene, which can provide immediate first aid care in case of life-threatening cardiac complications.

The tragedy of "Chase Me" reminded the showbiz industry to upgrade conditions. It should be noted that doctors, medicine and equipment should be available. In the meantime, professional agencies should evaluate TV shows so that the crew can assess the physical condition of participants and select those who meet the requirements of the show.

In a nutshell, alarm bells shall be raised for China's showbiz industry. They should stop taking a profit-oriented mindset when making TV shows. Only when safety measures and workplace regulations are put in place, can the shows assure the rights of people will be prioritized.