The Hong Kong Special Administrative Region (HKSAR) government on Friday announced an anti-mask law, banning people from wearing masks at protests or public gatherings, in an effort to end the incessant violence and vandalism that has gripped the city for over three months. The adoption of the law fully demonstrates the HKSAR government's firm determination to curb violence in accordance with laws and the common aspirations of Hong Kong residents' call for peace. The central government firmly supports the HKSAR government in taking all necessary measures to stop the violence and control the chaos. 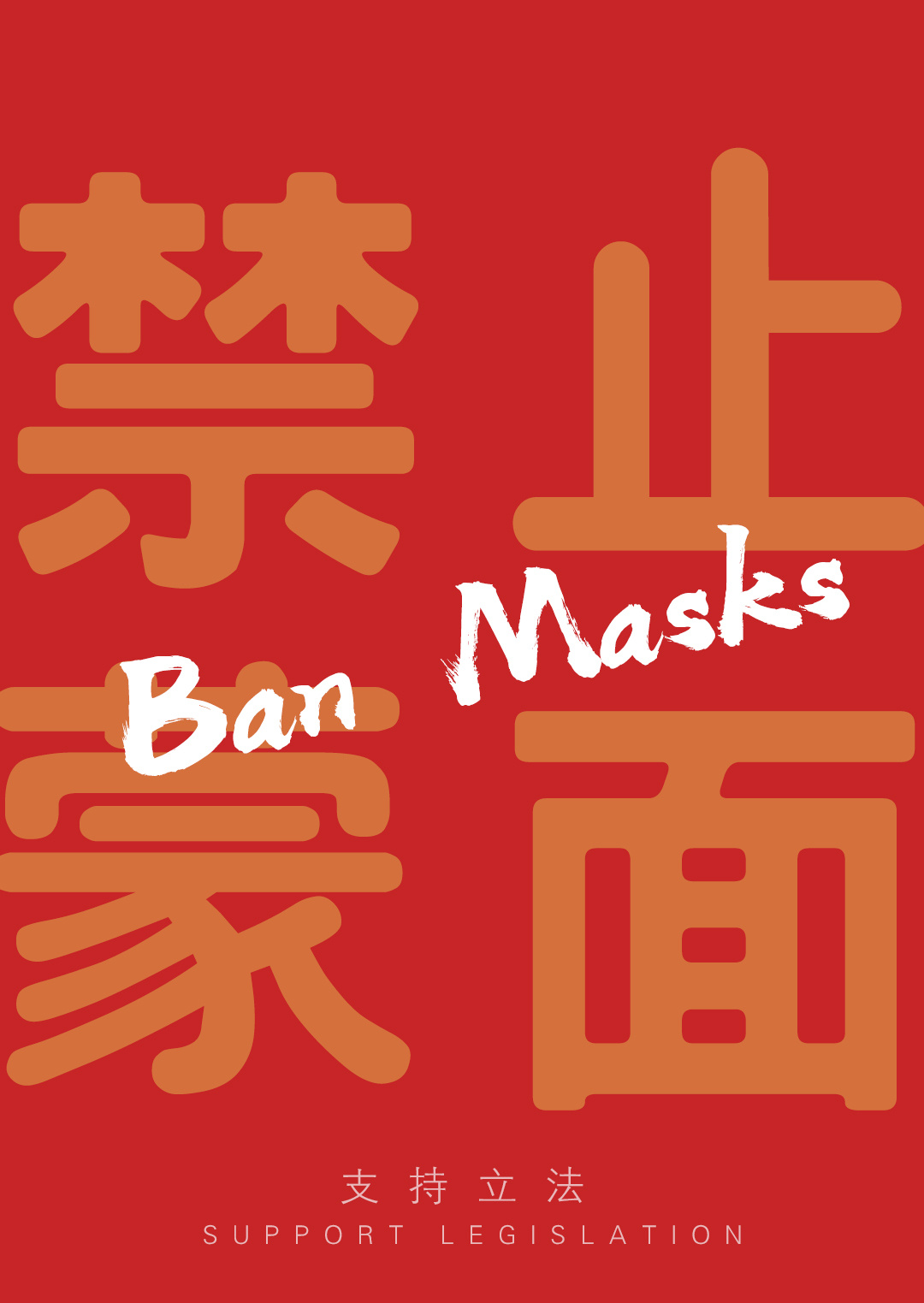 Violence in Hong Kong has been escalating for more than three months. There is no doubt that the turmoil triggered by the proposal of the fugitive bill has completely turned sour. Some protests are evolving into premeditated, planned and organized violent crimes that leave a serious threat to public safety. It should be noted that the rioters hide their identity as masked persons, disorderly challenge the law, willfully use violence and undermine social peace.

It can be said that being masked and violence go together. Under such circumstances, the adoption of the anti-mask law is reasonable and extremely necessary to break down the "psychological umbrella" of the thugs and provide a strong grasp to stop the violence and restore social order in Hong Kong.

Many countries and regions in the world have enacted laws against wearing masks. More than ten states in the United States have adopted anti-mask law, over ten countries in Europe have passed anti-mask laws, and Canada has a penalty of up to 10 years in prison for wearing a mask during a social disturbance. The reason is simple: legitimate demonstrations and normal appeal expressions do not require you to cover up, and only those who run away from the law need to cover their faces.

The HKSAR government has enacted the anti-mask law in response to the fact that a minority of radicals violently disturb the city with masks. Legislative Council members pushing for the legislation noted that the law would not affect people's rights and freedom in public or legal gatherings.

In this sense, the HKSAR chief executive refers to the Emergency Regulations Ordinance, forbids anyone from using masked objects to prevent police from identifying them at public gatherings, which is precisely aimed at maintaining the rule of law in Hong Kong, to maintain the freedom of all Hong Kong citizens from fear of violence and to restore social order as soon as possible.

The current situation in Hong Kong cannot ceaselessly escalate. It is time to adopt a clearer attitude and take more effective measures to stop violence. Rampant violence and poor rule of law pose the greatest danger to Hong Kong. The enactment of the anti-mask law is an opportunity for the Hong Kong community. All patriots and lovers of Hong Kong should actively support the implementation of this regulation, uphold the dignity of the rule of law and work together to stop violence. We should restore peace to Hong Kong at an early date and focus on economic development and improving people's wellbeing.