When “Roseanne” premiered in 1988, it was praised for its honest look at the American middle class since it dealt with topics such as unemployment, homosexuality, gender roles, and infidelity. However, the show’s revival was quickly canceled after its star, Roseanne Barr, made a decidedly unprogressive and racist statement when she likened former Obama administration official Valerie Jarrett to an ape.

Despite the show being a hit, ABC cancelled the show and called the star’s comments “abhorrent, repugnant, and inconsistent with our values.” While it might seem obvious that a television station would want to distance itself from racist overtones, it was still a big deal for the network to drop its highest rated show and lose out on millions of dollars in advertising.

However, this type of thinking from ABC is good news – since it shows that media entities are taking responsibility to disavow intolerable behavior from its stars. Media companies need to take a page from ABC’s playbook and get on board with ousting problematic celebrities because racism is an outdated ideology that has no place in the modern world.

In the past, big time movie and TV stars were a protected class and could get away with racist ideologies, rape, and even sometimes murder. The problem is that society has allowed celebrities to get away with too much because of their status and their wealth. Celebrities regularly spew racist diatribes and do awful deeds and are forgiven after they make a half-hearted apology. This has given certain celebrities the notion that they can do no wrong and get away with saying whatever they want. 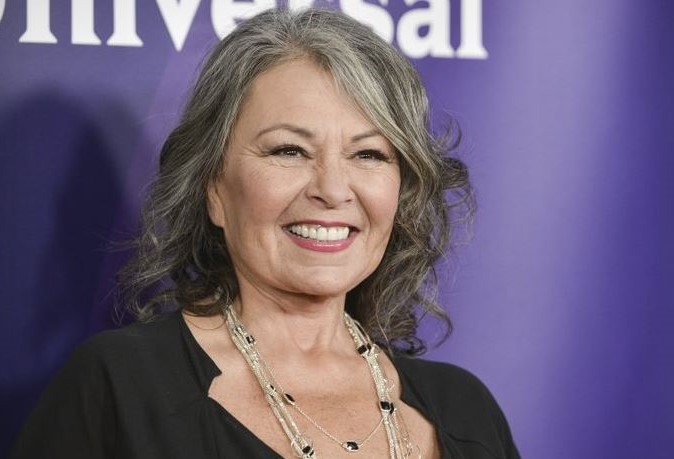 Movie studios, networks, and other Hollywood bigwigs shelter these celebrities for one simple reason: money. Unfortunately, this has created a cycle of cover-ups and apologies in the entertainment industry that has become commonplace and allows celebrities to forget their sins after saying sorry.

Now, thankfully, most people are less willing to stand by these celebrities and are condemning them thanks to improved tolerance towards race, gender, and sexuality. These new attitudes have helped take down big figures like Harvey Weinstein and Bill Cosby.

Yet, there are many more big-name celebrities who have said and done awful things and have gotten away with it. This includes legendary stars like John Wayne and Walt Disney, who were known to hold racist beliefs and suffered next to no backlash during their lives. Jimmy Kimmel has made several unflattering jokes about Asians over the years, including a sketch that involved a child advocating to “kill everyone in China” to solve the US’ problems in 2013. He then also made fun of an Asian woman’s name when he hosted the Oscars in 2017. 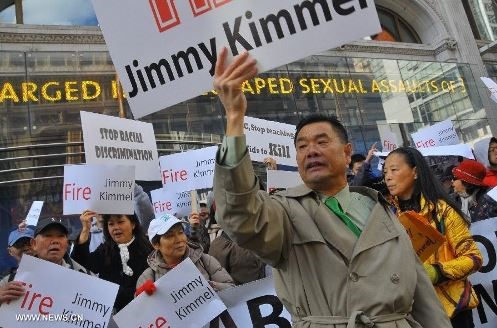 Protesters rally in front of the building of the American Broadcasting Company (ABC) Chicago Branch to protest against its rhetoric of racial discrimination on Nov. 7, 2013.  (File photo: Xinhua/Zhang Baoping)

Media companies should no longer protect awful celebrities because their actions cause detriment to many facets of society. First and foremost, racist ideologies can hurt the message behind the media. During the “Roseanne” revival, Barr mentioned that the eponymous character would be a Trump supporter to show that not all of his followers were racists.

Since “Roseanne” is about a normal American family, and the brain child of Barr, her racist views could be interpreted to make it appear that the average American family is racist. Like it or not, “Roseanne” stands as a political commentary of America’s middle class, so Barr’s views definitely have an impact on the show’s theme. Barr effectively tarnished the progressive nature of the show.

The same could be said about “The Cosby Show” since it was once seen as a wholesome view of an African-American upper-class family. Now, after Cosby’s recent assault conviction, “The Cosby Show” is seen as hollow and dishonest since its morals were created by a serial rapist.

Another important factor to consider is the fact that people learn racial bias and discrimination from a young age and that media can play a part in this development. According to Harvard University study by psychologist Mahzarin Banaji, children were quick to demonstrate racist behavior based on their previous exposure to a certain race.

Now, if these same children grow up thinking actors like Roseanne Barr are good indicators for how to live their lives – they could end up having skewed views on race. Since technology is widespread and Barr’s Tweets and show can be found online with relative ease, it would be easy to say that a young person, can be influenced by her work and views.

Finally, celebrities and high-profile people shouldn’t be applauded for their racist views because that only makes intolerance look acceptable to their fans. Many people latch onto the views held by people like Bill O’Reilly and Ann Coulter, and they spread their prejudice to millions around the world. Some people might think their bigoted views are justified since they share them with celebrities like Barr, O’Reilly, and Coulter. However, bigoted views cannot be allowed to become normal just because they are shared with a celebrity.

This can create a dangerous situation that can lead people to think its ok to hate a certain type of race, purely because its accepted in pop culture. This is especially dangerous in Hollywood, since racial bias has been part of the movie business for decades.

Thankfully, some celebrities are using their status for good causes – such as Asian American actress Chloe Bennet, who spoke out about how difficult it is to be Asian in Hollywood. Tolerant views have given other Asian actors a chance to become leading actors in TV shows and movies, like Steven Yuen from “The Walking Dead,” Mindy Kaling from “The Mindy Project,” and Kumail Nanjiani from “The Big Sick.”

Other races, once ignored by award shows, are getting their dues as well – including Jordan Peele becoming the first African-American to win a best original screenplay Oscar for “Get Out” and Mahershala Ali becoming the first Muslim actor to win an Oscar for acting for his role in “Moonlight.”

The bottom line is that the world is progressing toward more tolerant views on race, gender, and sexuality and there will soon be no more room for bigots to hide. While it used to be acceptable to use racial slurs, that is no longer the case for the modern world.

Media companies should be wise to learn from ABC and the “Roseanne” debacle, because it stands as a good scenario on how racism can hurt someone. Because when “Roseanne” was cancelled, it wasn’t just Barr who was out of a job – it was the hundreds of people involved in the show. It also tarnished her name and really brought the ugly side of America’s middle class and Hollywood to light. If other companies were smart, they would adopt a similar mindset as ABC and refuse to work with racists for fear that they could cause big problems for their company and society.