Observer: Racism or finger-pointing offers no escape from pandemic response US President Trump on Monday again made the news by telling a Chinese-American reporter to “ask China” on coronavirus at the daily White House briefing.

When Trump affirmed that the US is doing a better job than the rest of the world in terms of virus testing, Weijia Jiang, a CBS reporter covering the White House, asked him why the president saw it as a race while the pandemic has claimed the lives of more than 80, 000 Americans.

The question, which later he described as “nasty”, irritated Trump. In the archival footage, he lashed out at Jiang, saying that she should “ask China” that question. In the next couple minutes, Trump dismissed any follow-up questions from either Jiang or another female reporter and walked away from the podium, bringing the press conference to an end.

As a Chinese journalist, I understand why Jiang is uncomfortable with Trump’s response and it’s anything but overreacting. Racism may demonstrate in various forms, but the damage to the victim is invariably chronic and healing from it can be life-long. Over the past months, many states in the US have seen an increase in the number of hate crimes against Asian Americans in person, let alone online verbal assaults targeting this community. On the surface, it’s Trump associating Jiang’s appearance with China. The real aim, however, is to find an easy escape from a tough question that’s very likely to embarrass him and his administration. 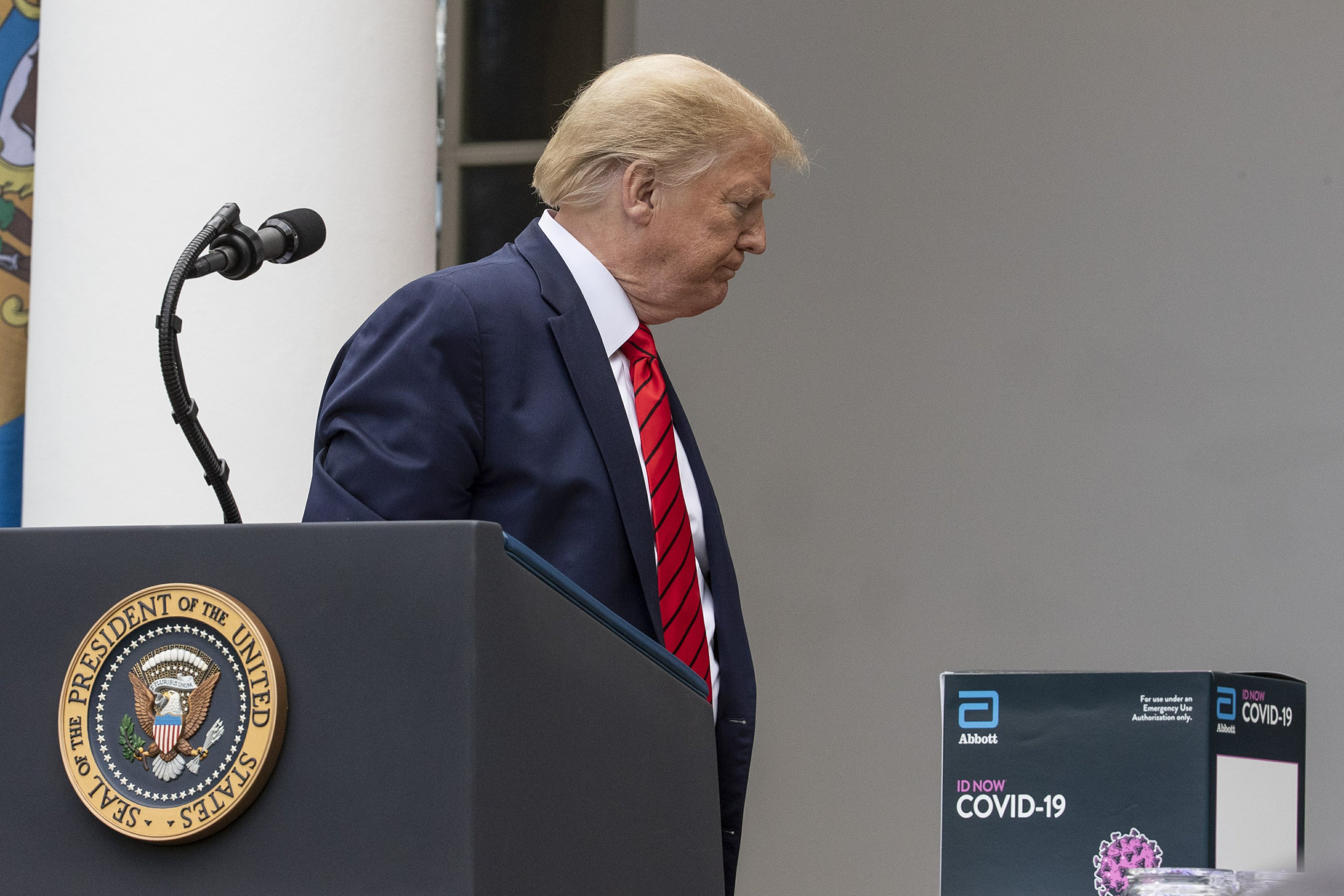 President Donald Trump departs after speaking about the coronavirus during a press briefing in the Rose Garden of the White House, Monday, May 11, 2020, in Washington. (Photo: AP)

The prevalence of discrimination and bias has already posed a dire threat to American society. But the remarks of Trump are only leading to polarization and division instead of helping with the current situation. Looking back at the incident, should Asian-Americans be somewhat relieved that at least Trump didn’t recognize Jiang as “Korean” or “Japanese”, a frustrating conversation that many in the community must have encountered at some point in their life?

“Ask China” is more than just a racist attack towards Jiang as an individual. The White House daily press briefing has become a warm-up for Trump’s 2020 re-election campaign. Trump has repeatedly told the media how his team has helped curb the coronavirus outbreak, despite more than 1.3 million having been infected across the country. When suggesting disinfectant injections and ultraviolet rays for Covid-19 treatment sparked criticism from domestic health experts, Trump adopted a different political strategy – blame China.

From the alleged “China Virus” to the Wuhan Lab conspiracy theory, Trump has tried several times to divert the public’s attention with accusations that even the Five Eyes network found baseless and did not play along with. Each time reporters pressed Trump for any evidence to support his claims, the president would be vague and refuse to elaborate, which has proven his ultimate goal of spreading disinformation – passing the buck.

The daily press conference was established to inform the public of government action, not to advocate racism and do finger-pointing. As head of the world’s largest economy, blaming China for the federal government’s own failure on the pandemic response won’t create any political leverage. What President Trump really needs is to opt out of the blame game and pledge an all-out effort to contain the coronavirus pandemic.