OPINIONS Observer: Technology should serve mankind's well-being, not serve as a tool for hegemony

Observer: Technology should serve mankind's well-being, not serve as a tool for hegemony 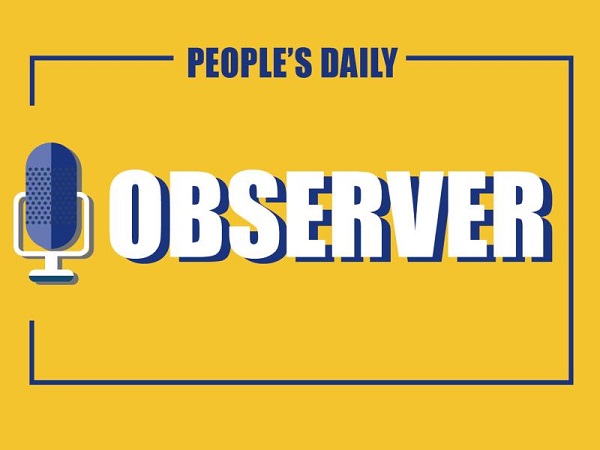 Recently, some US politicians have spared no efforts to demonize Chinese technology. The ban on Chinese telecommunications giant Huawei from doing business with US companies last week further shows its paranoid hostility and its entrenched Cold War hegemonic mentality, which has dangerously spread into the field of science and technology.

This demonization of other countries' technological products by US political power not only highlights the exclusive mentality of "America first", but also distorts the fair competitive environment and disrupts the healthy and orderly development of global technological market.

The US repeatedly cited “national security concerns” to justify its move, but has never been able to provide any proof. Perhaps what really hurt some Americans' fragile nerves is China's increasing technological capabilities and ever-changing technological innovations.

In 2018, China topped the global ranking in both patent applications and licensing. With 4.18 million personnel doing research and development, the world’s most, China is poised to develop into a world-class innovator. However, some Americans are probably accustomed to being the first in the world, and anyone surpassing them is unbearable.

The irrational move against Huawei, in essence, is to suppress China's scientific and technological development and progress. Former White House chief strategist Steve Bannon even suggested that driving Huawei out is more important than a trade deal with China. However, the ban will not make the US network safer and stronger.

On the contrary, it will harm the interests of ordinary Americans and businesses by denying them access to leading technology, reducing competition and increasing prices, delay the pace of the US' 5G deployment and lead to the disappearance of tens of thousands of jobs in the US, as Huawei purchases more than $11 billion of goods and services from US companies every year.

If the US government really wants to protect its network, it should establish a comprehensive risk management approach based on best practices, instead of blocking an individual company, as suggested by some of the country's own analysts.

In addition to damaging both China and US enterprises, this kind of technological bullying also poses a new threat to human technological progress. Many analysts believe this move would potentially delay the implementation of 5G in many other countries, and lead to a widening division of global technology industries.

In human history, many scientific and technological innovations have been nurtured in an open, communicative and cooperative environment for the benefits of the world. The United States should be clear that scientific and technological progress should serve the well-being of all mankind, and should not become a tool for a country to promote hegemony.

The accelerated flow of innovative resources around the globe determines that scientific and technological innovation must adhere to the principles of opening up and international cooperation.

No matter what strength a country has, if it is against the tide and the trend of the times, it is doomed to fail.