OPINIONS Observer: US attempts to interfere in China's domestic affairs will never succeed

Observer: US attempts to interfere in China's domestic affairs will never succeed

Over 70 countries recently voiced support to China's adoption of the law on Safeguarding National Security in the Hong Kong Special Administrative Region (HKSAR) at the United Nations Human Rights Council (UNHRC). It demonstrates that China's passage of the law is a justified move winning the recognition of the world. 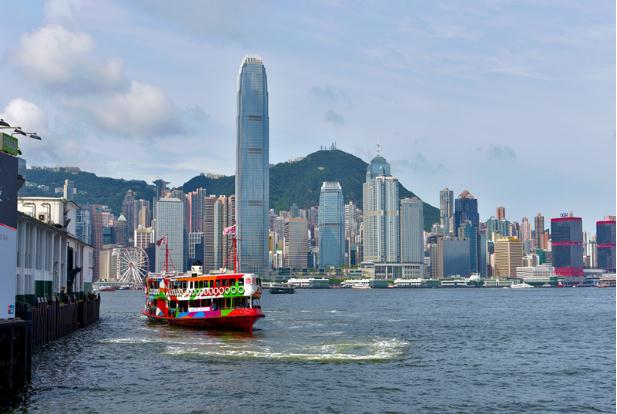 However, some US politicians are stubbornly standing at the opposite side of justice, groundlessly stigmatizing the legislation and China in the name of the so-called human rights protection and freedom, a "conventional" trick always played by the White House, which fully demonstrates their vicious intention to seek hegemony by political manipulation.

The rights and freedoms of residents will be guaranteed to the maximum extent possible, if the security of a country is guaranteed and its society remains stable. The law on Safeguarding National Security in the HKSAR clearly defines the important principle of the rule of law that Hong Kong shall follow to safeguard national security, stressing in its General Principles that human rights shall be respected and protected in safeguarding national security in the HKSAR.

The rights and freedoms, including the freedoms of speech, of the press, of publication, of association, of assembly, of procession and of demonstration, which HK residents enjoy under the Basic Law of the Hong Kong Special Administrative Region and the provisions of the International Covenant on Civil and Political Rights and the International Covenant on Economic, Social and Cultural Rights as applied to Hong Kong, shall be protected in accordance with the law.

The law defines rights and interests. The one who breaks the limits shall be held accountable accordingly. The International Covenant on Civil and Political Rights clearly stipulates that the freedoms of religion, speech, peaceful assembly and receiving open trials shall not be subject to any restrictions except those are necessary to protect national security and public order.

It's written in the constitutions of over 100 countries that the execution of basic rights and freedoms shall not undermine national security. Since the anti-extradition bill protests June the last year, the "Hong Kong independence," black-clad rioters and “mutual destruction” mobsters have colluded with both domestic and external forces and committed violent crimes and activities. They undermined China's national security, challenged the red line of the "one country, two systems" principle, and seriously threatened the life and property security of Hong Kong residents. Their practices went way beyond the freedoms and rights enshrined by law.

The law on Safeguarding National Security in the HKSAR targets a very narrow category of criminal acts and activities that endanger national security and protects the safety and rights and freedoms the vast majority of the Hong Kong residents enjoy in accordance with the law. It is a sharp sword on the necks of those who undermine national security, and a guardian for the majority of Hong Kong residents. Those fanning up "Hong Kong independence," engaged in black-clad rioters activities and conducting "mutual destruction" activities are the largest enemy to Hong Kong residents' rights, freedoms and peaceful life, and they must be punished by the law.

It is necessary for China to plug its loopholes in Hong Kong's national security. The enactment of the legislation will offer stronger institutional guarantee for the long-term and stable development of the "one country, two systems" principle, help Hong Kong maintain long-term stability and prosperity, better safeguards the freedoms and rights enjoyed by Hong Kong residents, and protects the legitimate rights and interests of foreign investors in Hong Kong.

The enactment of the legislation also sends a signal that the external forces supporting anti-China activities will be eliminated. The anxiety of some US politicians over the law further proves that what they want is the so-called freedom to undermine the long-term stability and prosperity of Hong Kong, to contain and curb the development of China, and to arbitrarily hurt the legitimate rights and interests of Hong Kong residents.

However, the US itself has a variety of laws on national security. It passed the PATRIOT Act, the Homeland Security Act and the CLOUD Act after the September 11 attacks alone, and a large number of cases have been dealt with under these acts. So why can't the US, as a country that's highly sensitive to its own national security, stay calm when other countries take normal actions to protect their national security? The country always points fingers at other countries' domestic affairs, but turns a blind eye to its own bad record of human rights protection. The long-term racial discrimination that has been developed into a structural problem of the US society is the best proof. The PRISM program revealed in 2013 just demonstrated how the US is infringing upon its own citizens and foreign citizens' rights and freedoms for its so-called national security. It's just a joke that some US politicians, who should've long been introspecting their human rights problems, are shamelessly "teaching" other countries to protect human rights.

The Chinese government and people will unswervingly safeguard their national sovereignty, security and development interests, and oppose any external force meddling in Hong Kong affairs. The interference in other countries' domestic affairs is never a freedom, and the US politicians shall be aware of it. The attempts to interfere in Hong Kong affairs and China's domestic affairs will never succeed.