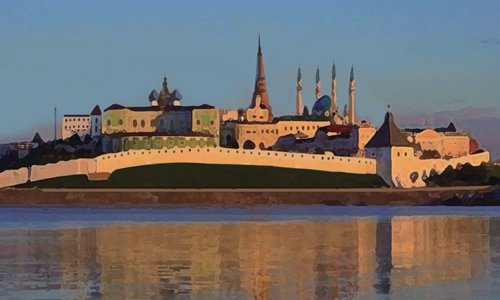 Tuesday marks the 100th anniversary of the October Revolution. The special day reminds people of how the major event which took place 100 years ago sent ripples across the world.The October Revolution changed the world in a profound way. It brought the theory of Marxism-Leninism to China, making one third of global population live under socialism for some time. As the revolution is often evaluated in connection with the Soviet Union, its assessment becomes very complicated with numerous political factors involved.Although it is not easy to assess the October Revolution objectively today, a number of facts cannot be overlooked.First, the October Revolution took place in a less-developed country in Europe, but marked a watershed leading to a series of changes all over the world. This shows that it kept its finger on the confusion of the society at that time and conformed to the trend of history. It was the power of the times that pushed the revolution to the forefront to lead the global trend.Second, the October Revolution established the first Marxism-guided socialist nation, a new thing at the time. In dark times, when capitalism became imperialism, the Soviet Union provided a ground-breaking political choice. It went through ups and downs and made unbelievable achievements. The Communist Party of the Soviet Union turned a backward Russia into a modern world power that made brilliant contributions in defeating the Rome-Berlin-Tokyo Axis in World War II and promoted technological development.Third, the Soviet Union was exhausted in the Cold War. As its governance suffered, the Bolsheviks began wavering in their belief. Looking back, the Soviet Union's difficulties then were not fundamental and could be solved by reform. But it chose to give up from the inside at last. Such a big country only knew where it came from but did not know where to go. The political confusion and weakening of the party leadership led to the collapse of the Soviet Union. Fourth, although the Soviet Union's exploration of socialism ended in failure, its political legacy infiltrated the whole world. In confrontations with the Soviet Union, the West was forced to absorb some socialist concepts like respecting laborers. The sense of crisis pushed Western capitalists to restrain themselves and improve labor welfare.Fifth, socialist thoughts were not born in Russia, but are spiritual wealth created by humanity. Dissolution of the Soviet Union did not mean that socialist ideals vanished. After more than 20 years of the dissolution of the Soviet Union, socialism with Chinese characteristics entered a new era, which is a sign of the continuous spirit of the October Revolution.For the last 100 years since the October Revolution, the world has seen crests and troughs. Human civilization is at a high stage of maturity. For most time in the 20th century, confrontation was everywhere and international competition was crucial. We have realized that it is necessary to avoid extreme confrontation. With the lessons of two World Wars and the Cold War, obviously the relationship between major countries today is more rational than that between the US and the Soviet Union in the past.Although the inheritance of and opposition to the spirit of the October Revolution lingers in different worlds, the confrontation between the two has weakened. Although there are many misunderstandings nowadays and some of them are really serious, the concept of a community of shared destiny has gradually emerged and we feel to be living in a totally different world from the one in the last century. Socialism with Chinese characteristics can be called socialism 2.0. After Marxism-Leninism entered China, it was first sinicized, then modernized and increasingly matched the reality of China as well as the changing world.Attempt by Western media to evaluate the October Revolution did not lead to balanced results. History will tell a more credible tale than Western opinion. History tells us that subjectivity will wear out and the facts will remain.