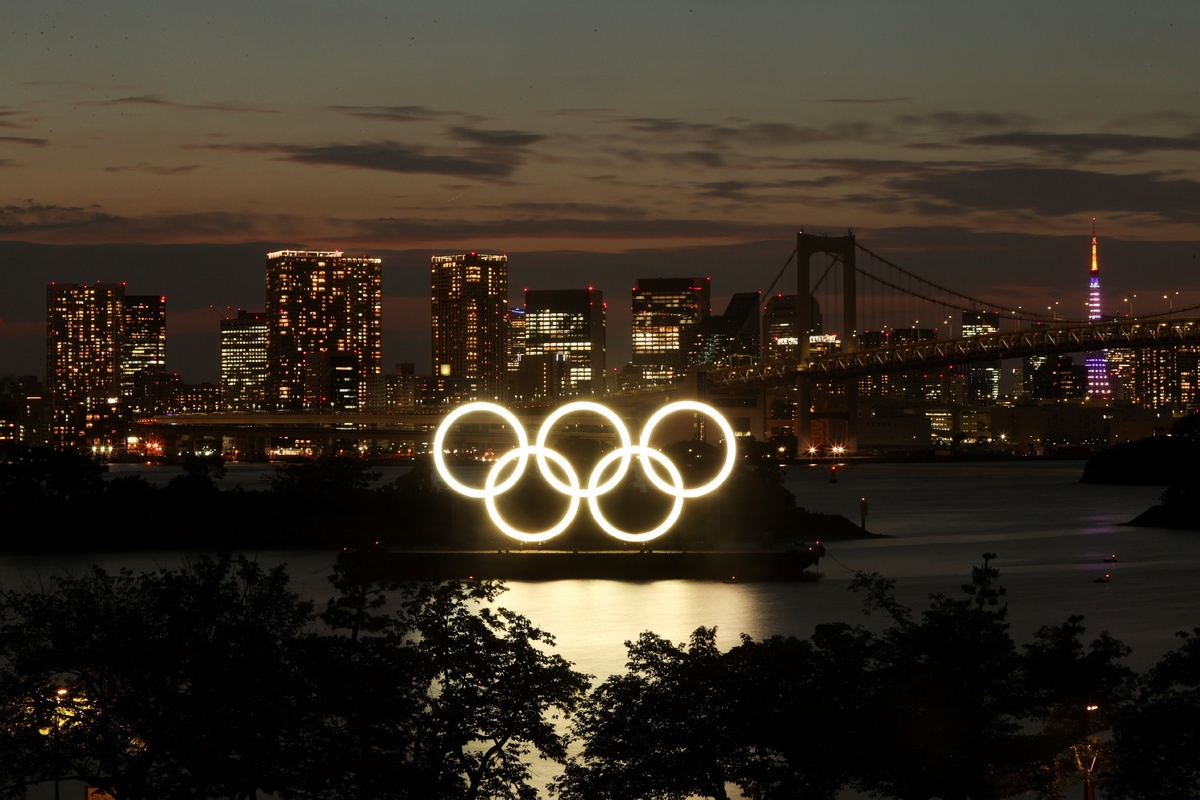 A general view of the Olympic Rings installed on a floating platform with the Rainbow Bridge in the background in preparation for the Tokyo 2020 Olympic Games in Tokyo, Japan June 21, 2021. (Photo: Agencies)

Japanese Prime Minister Yoshihide Suga told the media on Monday if any places hosting events of the Tokyo Olympics and Paralympics declare a state of emergency due to the COVID-19 epidemic during the games, the events will continue to be held but without spectators.

With one month to go before the games are due to begin on July 23, Suga is again showing his administration's determination to hold the Olympic Games as planned, despite the mounting pressure from various parties urging it to cancel the event.

Although the Japanese government regards the Tokyo Olympics as an important opportunity to boost its soft power, the Japanese people's enthusiasm for the Games has been continuously dented since they were postponed last year.

The resurgence of the novel coronavirus in some places in Japan in recent months has cast a shadow over people's confidence that the Olympics will not give rise to new clusters of infections, and there are fears that the Games will provide new channels for the virus' global transmission.

Some torchbearers from Japan have withdrawn from the Olympic torch relay in the country. And the latest survey indicates only 34 percent of Japanese people support holding the games as scheduled.

Predictably, the Suga administration will do all it can to try to ensure the games go ahead. But it remains to be seen whether it can stand the tests of the uncertainties related to epidemic prevention and control that might happen during the Games.

Since it has not yet got the virus under control at home, the people are justified in questioning its ability to deal with the prevention and control work when large numbers of participants will be flocking to Japan from around the world in a short time.

It should be a common wish of the whole world that the Tokyo Olympics can become a stage showing unity and resolve of human beings in their fight against the virus. That will endow the games with special meaning beyond sports.