OPINIONS Olympics demonstrates what a better future could be

Olympics demonstrates what a better future could be 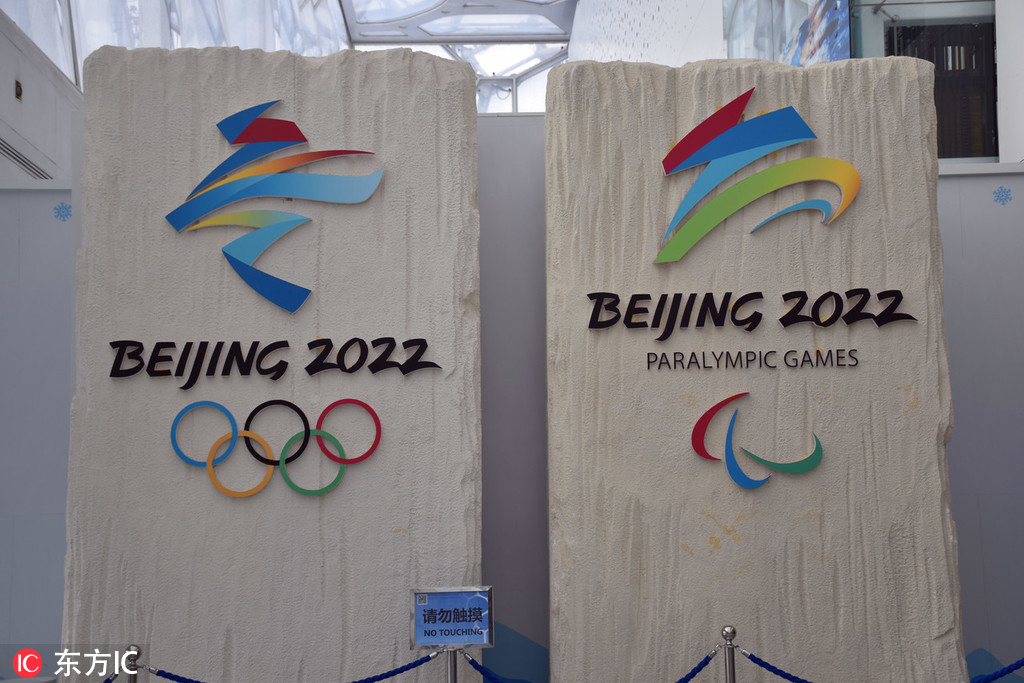 The official emblems of the Beijing 2022 Olympic and Paralympic Winter Games are on display at the Beijing National Aquatics Center, also known as the Water Cube, in Beijing, China, Aug 7, 2018. (Photo/IC)

Humanity has never lived under a single unified world order. Order, when maintained, has only been achieved within the shifting bounds of limited regions. Today, the several orders that govern our world impact each other with increasing frequency and magnified effects.

The Olympic Games exemplifies the positive possibilities of the modern world's unprecedented interconnection. Under the auspices of the Games, in spite of the differences in culture and history that define their diverse systems, the nations of the world gladly take the opportunity to come together. In the peaceful competition of the Olympics, the achievement of one nation encourages the efforts of others, spurring all on to new heights in human excellence.

When Baron Pierre de Coubertin revived the ancient Olympic tradition in 1894, his political world was dominated by suspicion. The map of Europe had been redrawn and psychological adjustments to the change were still underway; imperial ambitions were causing dislocation and conflict around the world; and stability on the continent, though attained for the time being, felt-and was-impermanent. But de Coubertin managed to transcend this historical moment with a vision of amity and trust, inspired by a ritual originating from a place and time still more turbulent than his own.

I have now lived through more than 40 Olympic Games. Since then, I have had the privilege of attending many Games in person, as well as the joy of sharing that experience with my children and grandchildren. Each of those iterations of the Games has had its own significance, informed by the challenges and the triumphs of the contemporary moment.

Throughout its history, the Olympics has demonstrated its ability to promote human understanding even where political agreement has proved elusive. There have been many instances in which the Games exercised this capacity, perhaps the most extraordinary of which was the eight years of competition performed by East and West Germans as a single team, from 1956 to 1964, even as the Cold War reached its climax and the world was brought to the brink of nuclear war.

The Games have also served as a showcase of global progress toward de Coubertin's initial aim of comity between peoples. The opening ceremony of the 1992 Games was one such occasion. On the stadium floor in Barcelona that July night, newly independent nations of Central Europe made their proud Olympic debut. The Germans again entered under one flag. South Africa, emerging from the darkness of apartheid, returned to the Games after a three-decade absence.

The most recent example is the joint march of the teams of the two Koreas at the Opening Ceremony of the Olympic Winter Games 2018.

At times, the Olympics have been marred by violence, from the murder of Israeli athletes to the transformation of Sarajevo's venues into killing fields. But the world's checkered history does not preclude its improvement, nor does it detract from the inherent value of the Olympic spirit.

The Olympic Games offers a glimpse of a wider truth: The presence of competition does not necessitate the advent of conflict. The Games demonstrates our shared capacity to make commonality, and not difference, the fundamental premise of international action-and, in so doing, opens the possibility of compartmentalizing our national and regional interests, contending with each other in one area while collaborating in another. The proper framework allows competition and cooperation to exist together, and may even provide opportunities to seek alternatives to confrontation. Of course, the Games alone will not prevent wars or end conflicts. But the Olympics may be taken as inspiration in an international search for understanding through and alongside contestation.

Unlike in eras past, the orders of today's world are inextricably linked. They will continue to affect each other and, in some places, compete. Some see this as a challenge but the Olympic Games can be a valuable symbol of how to compete in a peaceful way. In my view, it is an opportunity: By looking beyond this moment in history, we may build a concept of the future in which our multiplying networks are transformed into bonds that enhance mutual understanding, promote peace, and drive our shared pursuit of the many forms of human greatness.

The author is IOC honor member and former US secretary of state. The views don't necessarily represent those of China Daily.