OPINIONS On the road to talk

On the road to talk

On August 16, China's Ministry of Commerce announced that China and the US will resume consultations to see if there is a possibility for higher-level talks on their tariff conflict. It is good news for both sides.

On July 18, Alan Wolff, deputy director general (DDG) of the World Trade Organization (WTO), gave a speech in Washington saying that every effort must be expended to improve the current trading system.

However, there was an article published in the journal Foreign Policy on August 6 challenging Wolff’s view of trade policy. The article said, "In 2000, (Donald Trump’s trade representative, Robert Lighthizer) testified before Congress with fellow lawyer Alan Wolff that the organization's (WTO) power overreached and represented a dangerous ability to trump US law while also being inadequate to correct other nation’s 'unfair trading practices'.” 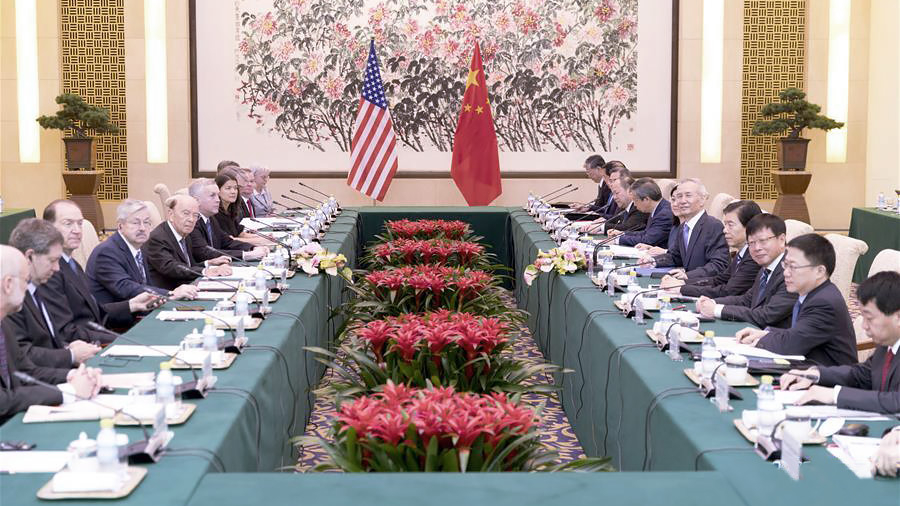 This is not a surprise as people sometimes change their minds. But I believe that as a DDG of the WTO, Alan Wolff is supporting the current WTO system and what he is saying today worth hearing. His message should be delivered to the US trade representative.

The reason I quote Wolff’s speech is that we have known each other for many years. Reading his recent speech makes me feel that we were sitting together, picking up the faith in the current trading system.

Alan Wolff said in his speech: With the creation of the GATT and the WTO, the long journey began to bring about an open international trading system. It will continue to evolve with periodic stresses and detours on the road are set toward freer trade, making improvements but never attaining a single global market. This has been the work of the last two or three generations. It is the task set out for us, and it will be the work of those coming after us.

I agree that the US should not abandon the system which was built by President Roosevelt and trade professionals in the 1940s.

Now, China and the US will begin to talk again, and it is a turning point in the trade war. It will be a long journey to secure an agreement. We have to invest more in future talks. Now, both sides should figure out the issues. I make a list here:

First, President Trump complains endlessly that the United States has been taken advantage of by China which runs trade surpluses against it. This is an old saying: China is ready to talk.

Second, the industrial policy may be a fundamental issue for the US and China to deal with. This goes to the heart of how China runs its economy and how to run it for a long time. Since China and the United States are both members of the WTO, future negotiations should be disciplined under a multilateral framework.

Third, some people in the US suspect that China failed to comply with its WTO commitments. But the fact is that since its entry into the WTO, the Chinese government has tried very hard to fulfill its WTO commitments and it can accept an open debate on this issue.

Fourth, the US trade representative claims that the Chinese government has devoted massive amounts of financing to encourage and facilitate outbound investment, that is an investment issue. President Trump recently signed into the law the Foreign Investment Risk Review Modernization Act to modernize the Committee on Foreign Investment in the United States review process.

The new law is discriminatory against China, as in prohibiting the acquisition of US assets by Chinese state-owned or state-controlled entities, including sovereign wealth funds. China should discuss this issue with the Trump administration under an investment negotiation framework.

The above issues have been discussed, but the US gave a complex series of signals, and we might be misreading them. We could not understand which issue is most important. When two nations resume talks, the first job is to clarify issues.

It will be a long road to reach a final deal. But both sides can sit down and start to work. My suggestion is both sides may just take a couple of cosmetic concessions that allow everybody to declare victory.

Then two nations can return to diplomatic and legal channels to talk. That will be a serious talk. We need to put real efforts to rebuild a solid long-term relationship.

We should recognize China-US talk is part of the process of WTO rule-making. It is now necessary to reexamine WTO rules under which trade is conducted and to judge whether they are still fit for purpose. In this process, China-US talks are consistent with the rule-making purpose of the WTO.

(The author is a professor at the School of Economics, Renmin University of China. The article reflects the author's opinion, and not necessarily the views of China Plus.)