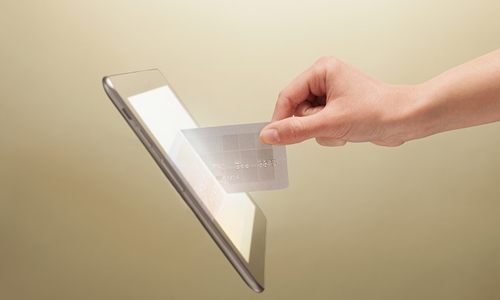 Have you ever read articles describing the plight of farmers who failed to sell their produce and hence appealed for more purchase? With the Chinese New Year approaching, e-commerce has stepped on the gas to market their products.

A recent story circulated on social media said that around 750,000 kilograms of blood oranges were lying with farmers in a village of Southwest China' Sichuan Province.

The article, which has drawn widespread attention in China, portrays a miserable picture of the village - the majority of farmers are senior citizens; some of them are disabled, while others are in poor physical state and need to take medicines on a long-term basis.

It said if the oranges are not sold, the farmers can't pay their medical bills, tuition fees for children, and can't buy gifts and other provisions for the Chinese New Year. It pleaded readers to lend them a helping hand.

Many kind-hearted netizens said they took pity to the condition of the farmers and made purchases in tears. However, the truth was waiting to disappoint them.

A Chinese media outlet, The Paper, reported that only around 10 percent of the article is true. According to local authorities, the story is fake. The e-commerce traders just treat people living in less-developed areas as tools to make a fast buck by deceiving consumers. Some netizens were really heartbroken and called the act a crime.

My father was one of those netizens caught up in the web of deceit last year. He said, "It's terribly sad! I hope their great effort has not been in vain," after reading a story describing that jujubes were not selling in North China's Shanxi Province and so poor farmers could not afford their kids' tuition fee and lived a miserable life.

My father ordered 4 kilograms of the fruit at the rate of 30 yuan ($4.4) on Taobao, a flagship online retail platform of China's e-commerce giant Alibaba Group. He felt good after ordering the produce.

Nevertheless, he felt he might have been taken for a ride when he saw similar articles springing up on social media. Instead of jujube peasants, the subjects became farmers planting apple trees, pineapples or tomatoes, but with similar story lines. This made my dad indifferent toward the so-called plight of the fruit-growers.

Since e-commerce became popular in China, fresh marketing methods have been emerging. Some of them are really annoying.

In addition to marketing their produce by cooking up stories, they also advertise extensively on social media platforms such as WeChat. A few of my friends are using WeChat for promotion. Although I do not have a close relationship with them, deleting them from the friend list would be impolite.

To reveal how popular their products are, they post the sales receipt showing a large amount or even their bank balance which is most of the time altered with Photoshop. It is just a tool to attract the attention of potential consumers to strike a deal.

Fierce competition makes traders desperate. But any business should be based on honesty.

Cooking up emotional tales or faking images is short-sighted. Although it may increase sales in the short run, sellers will lose the trust of consumers in the long run. Instead, they should create innovative methods to win the hearts of consumers.