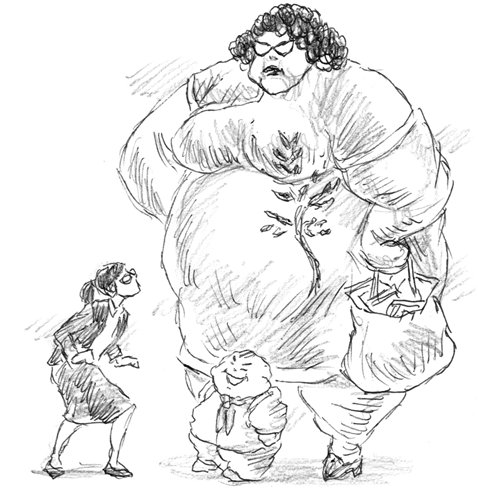 "Hi, I'm Xiaoguobao's mom. Now I'm working at world's No.1 investment bank - Morgan Stanley - after finishing my postgraduate studies at Harvard University. My husband is a fund manager in a well-known assets management company responsible for managing assets worth 3.5 billion yuan ($528 million)."
"I'm not running in the election, but I'm here to warn you, who will be in the parents' committee, do not hurt my son. Otherwise, his father can make your stocks nosedive, including "Moutai (China's top liquor brand)."
An anonymous parent introduced her educational and occupational background in a class WeChat group as part of the competition for a position in a class-level parents' committee in a Shanghai primary school.
This message triggered a heated online debate. Many netizens criticized parents' attempt to use personal achievements to seek advantages for children in schools.
It seems that the election for a position in the parents' committee has become a CEO campaign. Even before this statement, dozens of parents had reportedly listed out their personal CV in the WeChat group. They are either from prestigious universities or working in well-established enterprises, having a closed interpersonal circle. The craze of comparison among parents runs rampant in this group.
I was scared by these shining bios. My parents are just farmer-turned business people. They didn't receive quality education nor had affluent social connections. I'm sure they are doomed to failure in such an election.
Chinese education authorities encouraged primary and middle schools to establish class-level parents' committees in 2012, as a way to help parents maintain communications with teachers and participate in school affairs.
However, parents' committees are seemingly derailing from the right track. Parents flaunt their education, occupation and social connections to increase the likelihood of getting into such committees, in a bid to keep close relations with teachers. Perhaps this derives from their deep anxiety about children's education.
The weird parent-school relationship can also be seen in unbridled sycophancy in teacher-parent WeChat groups. Parents spare no effort to cozy up to teachers with excessive thank-yous and gifts. These online groups are also filled with show-off, chicken-soup stories, red envelopes filled with money and advertisements. Many teachers feel obliged to answer questions from parents 24 hours a day. Some teachers publicly rebuke parents of students who don't complete homework or break school rules, or even reveal students' grades and class rankings.
Teacher-parent chat groups, originally meant to serve as a channel of information transmission, has instead devolved into a vanity fair where parents fight tooth and nail to win themselves special treatment from educators.
As China's exam-oriented education system highlights competitions, grades and rankings, and the national college entrance examination is considered to be a social ladder, especially for students from average families, to embark on the "Walk of Fame," parents then resort to cheap flattery for teachers. However, such malpractice burdens overworked teachers, runs counter to the essence of education and hampers normal parent-teacher interactions.
Both parents and schools should make clear their own responsibilities and not interfere in each other's affairs. Governments and school authorities should also pay attention to problems caused by limited access to quality educational resources, so as to reduce parents' dread over children's education.