OPINIONS Onus on China, UK to maintain peace and work together for common good

Onus on China, UK to maintain peace and work together for common good 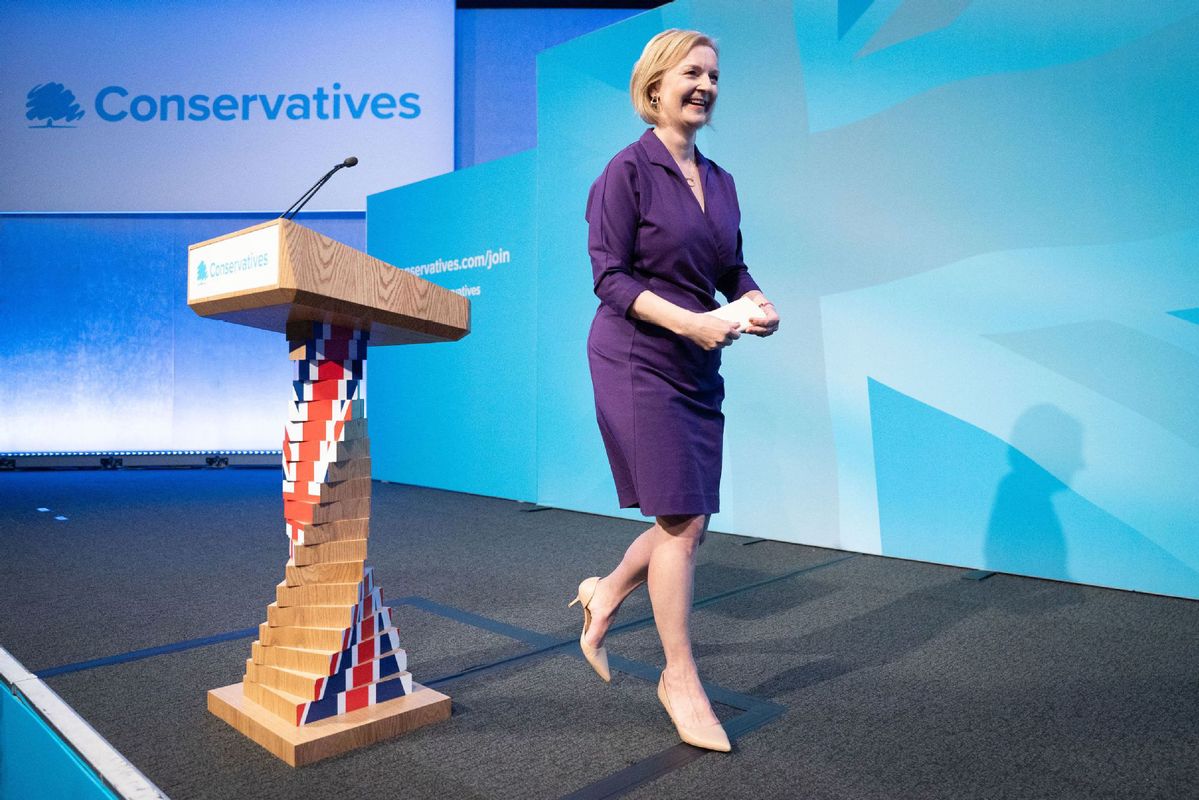 Liz Truss became the new British prime minister on Tuesday. She is the third female prime minister of the country and the fourth prime minister in six years. Her challenges are daunting as she noted in her first public address outside No 10 Downing Street on Tuesday and her first Prime Minister's Questions in the House of Commons on Wednesday when she was grilled by the MPs.

Riding out the economic storm won't be easy for her. Although she has overcome a political storm to become the Conservative Party leader and prime minister, she did not win a general election to become the United Kingdom's leader. Her lack of support among the public was evident in the results of YouGov poll released this week, according to which, 50 percent of Britons said they are disappointed, with 33 percent of them saying they are "very disappointed", that she was chosen prime minister. Only 22 percent said they are very or fairly pleased with her appointment.

As prime minister, Truss has not talked much about foreign policy, especially with regard to China. But as foreign secretary, she was considered a China hawk. She even called China a threat and urged the West to help the Chinese island of Taiwan to defend itself. That has led many to speculate that she will adopt a tough policy toward China.

But the fact that she is now the prime minster could also mean she has to think of the big picture. Just as when, as secretary of state for the Environment, Food and Rural Affairs in 2014, she famously said in a speech that, "In December I'll be in Beijing opening up new pork market", and as secretary of state for International Trade in 2019, she applauded "the good news for UK pig farmers as China gave go-ahead for six UK pork processing sites to begin exporting pigs trotters" to China.

The big picture is that despite a shrinking UK economy and the challenges posed by the COVID-19 pandemic and ever complicating geopolitics, total trade between China and the UK in goods and services hit £93.4 billion ($106.7 billion) in the four quarters by the end of March this year, up 5.5 percent over the previous 12-month period, according to the UK Department of Trade and Industry.

China was the UK's third-largest trading partner in 2021, the year it replaced Germany to become the largest import partner of the UK.

China's huge and fast-growing consumer market offers great opportunities for UK businesses. And with China being a global manufacturing powerhouse, Chinese companies could help revive the British economy and fulfill some of the Truss's goals.

That is true now as it was following Brexit, when the UK had to seek new trade agreements with other economies, including China. The fact that both China and the UK applied last year to join the Comprehensive and Progressive Agreement for Trans-Pacific Partnership shows the two countries want deeper regional economic integration.

Also, British universities have become increasingly popular with Chinese students, with 143,820 Chinese nationals enrolling in the country's universities in 2021, accounting for 32 percent of the total international enrolment.

However, fear-mongering by some British politicians mimicking the United States about the so-called China influence and "China threat" has prevented the two countries from expanding win-win cooperation. In this respect, the recent exposure of how the UK banned Huawei from its 5G network under US coercion and by disregarding facts should be a valuable lesson for the UK.
China is not a threat to the UK or any other country, but a cooperation partner for peace and prosperity. So the differences between the two countries, many longstanding, should not prevent them from pursuing win-win cooperation.

As two of the five permanent members of the UN Security Council, China and the UK, regardless of their government leaders, bear special responsibility to prevent the world from sliding into a new Cold War, let alone a hot world war.