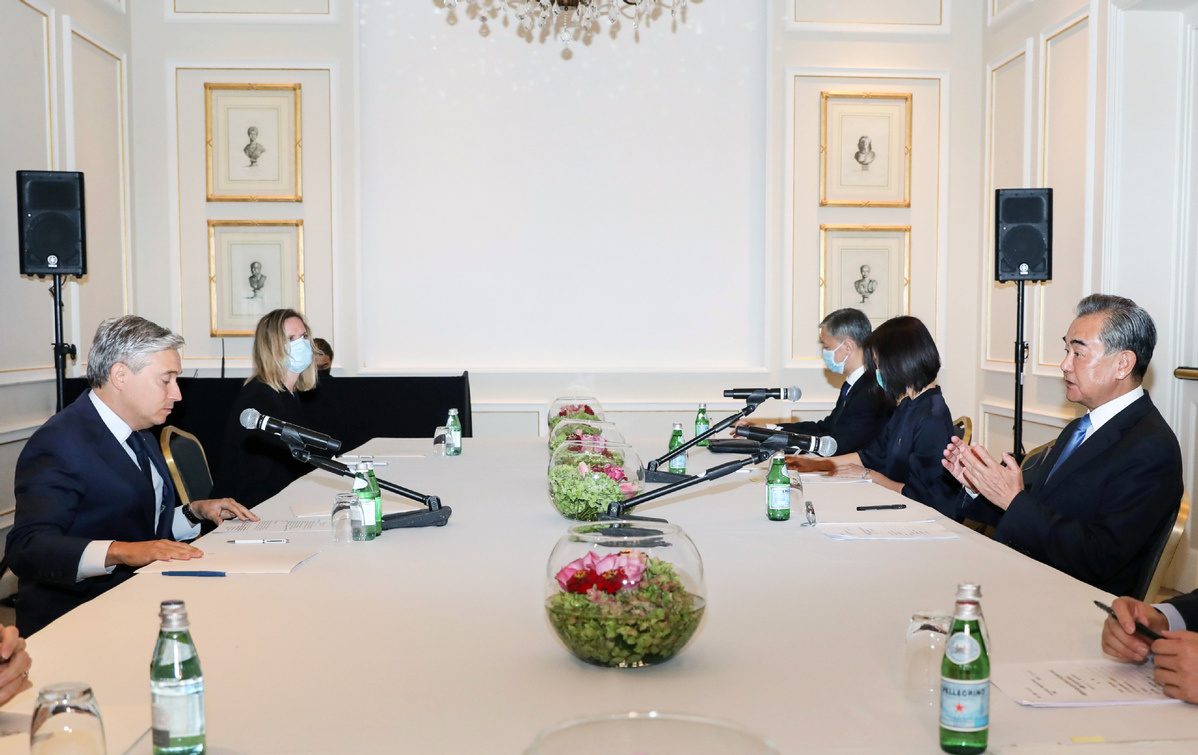 China's State Councilor and Foreign Minister Wang Yi made clear in his meeting with Canadian Foreign Minister Francois-Philippe Champagne in Rome on Tuesday that Canada's unwarranted detention of Huawei Chief Financial Officer Meng Wanzhou is the reason that Canada has "encountered serious difficulties" in its relations with China.

That the Federal Court of Canada on Tuesday cited "national security" and "international relations" as the reasons for denying Meng's defense team access to intelligence documents that her lawyers say support their claim of abuse of process, only serves to reinforce the fact that Meng's detention is a political maneuver at the behest of the United States, which is ostensibly seeking her extradition on fraud charges while actually using the case as part of its pressure campaign against the Chinese telecommunications company.

Although Justice Catherine Kane said that the information contained in the documents is not relevant to the abuse of process alleged by Meng's legal team, it takes no professional legal knowledge to see that as long as the six key documents involved in the case — which include situational reports by the Canadian Security Intelligence Service, an e-mail reporting information provided by the US Federal Bureau of Investigations, handwritten notes and operational notes — are kept under wraps, Ottawa's shameful collusion with Washington can be kept out of the spotlight.

Thus the Canadian legal system that Ottawa has so proudly claimed to be impartial has shown itself to be nothing more than an accomplice in a political kidnapping carried out on the order of Washington.

What makes Ottawa's pantomime even more obvious is that Champagne in his meeting with Wang once again tried to link China's detainment of Michael John Kovrig and Michael Spavor — two Canadians held on charges of spying — with Meng's detention.

In fact, Beijing has exercised considerable restraint in its dealings with Ottawa, because, it is well aware, as Wang said, that the past 50 years have seen the thriving of bilateral relations, and the two countries "have no historical disputes or actual conflict of interest".

So if Canada really wants to find a way to resolve the problems in bilateral relations, as Champagne claimed, it had better look at itself first, as it is always better for the doer to undo a wrong that has been done. The Canadian side should have a correct understanding of its actions.

The onus is on Ottawa to remove the obstacles currently impeding the progress of relations.