China and Africa will further carry forward their high-level cooperation based on profound historic bonds and realistic demands, as well as the all-round development of bilateral ties built in the past five years, the People’s Daily said in a commentary published under the byline of “Guo Jiping” on Saturday. 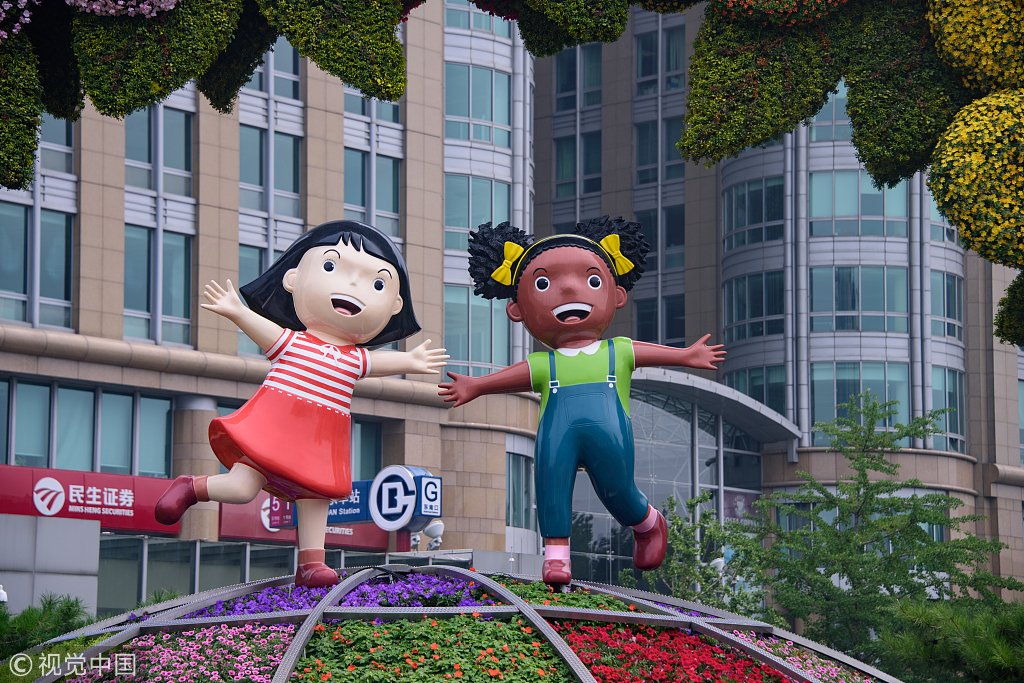 In the article published days ahead of the 2018 Beijing Summit of the Forum on China-Africa Cooperation (FOCAC) scheduled to begin on Sept. 3, the paper gives an in-depth analysis on how China and Africa embark on a road of common development by win-win cooperation.

An abstract translation of the article is as follows:

The high-level ties between China and Africa are grounded on their profound historic bonds and realistic appeals. It is notable that thanks to the all-round efforts China has made in its diplomacy towards Africa over the past five years, this “precious treasure” shared by both sides will be further carried forward.

Chinese President Xi Jinping, in March 2013, set a precedent by choosing three African countries, Tanzania, South Africa, and the Republic of the Congo, as the destination of his first overseas visit after taking office as Chinese head of state. In July, 2018, the African continent was once again selected as the first overseas destination after Xi was re-elected as Chinese President.

China’s African policy put forward by Xi, namely the principles of sincerity, real results, affinity and good faith and the approach of upholding justice and pursuing shared interests, has charted course for China’s relationship with Africa in the new era.

China and Africa upgraded their relations to a comprehensive strategic cooperative partnership at the FOCAC summit in Johannesburg in 2015, during which China also announced to implement ten major cooperation plans together with Africa to push bilateral ties for in-depth development and enrich the connotation of China-Africa community with shared future.

Different ways to deal with ties towards Africa reflect diversified philosophies in front of international relationship.

Back to those days when the international relations were dominated by hegemonism and law of the jungle, Africa fell into a battlefield whose resources were ravened by Western powers.

Although African countries braced for national independence after the World War II, the West world intervened their development in a more subtle way. Each time when the African nations needed loans, the so-called liberalization scheme in the name of “structure reform” would be required as preconditions.

When taking about the Western aid, former president of Mozambique Joaquim Chissano said that the endless seminars and working groups always ended with suspicious results, as those possible aids would often be attached with pressure for political reforms that may cause instability.

What China did when handling its ties with Africa runs contrast to the colonization and intervention by the West, as China starts its cooperation with Africa from supports to the continent and win-win outcomes.

An African scholar commented that when the western media labeled Africa as “a hopeless continent”, it was China who brought hopes to them.

Kenneth David Kaunda, Zambia's first president, coined China as an “everlasting friend” of African countries, saying that the supports from China, without any strings attached, are more like the way it treats friends.

China backs Africa with a great deal of mutually beneficial and win-win cooperation projects that complement each other’s advantages and allow Africa to learn “how to fish” instead of given “fish”. Their cooperation offers more choices for Africa and also helps African countries explore development paths more independently in accordance with their own national conditions.

Western media also pointed out that different with the colonizers who built infrastructures in Africa to isolate the continent and serve their own interests, China is serving the development of the whole continent as the railways and other infrastructures it constructed are now connecting regional countries closer.

Preliminary statistics show that since the proposal of the ten major cooperation plans, projects completed by and constructed by Chinese enterprises in Africa will build around 30,000 kilometers of highway, increase 85 million tons of annual port capacity, and raise over 9 million tons of daily water treatment capacity for the continent.

Besides, these projects will increase a power generation capacity of nearly 20,000 MW and build over 30,000 kilometers of power transmission and transformation lines for Africa. And nearly 900,000 jobs will be created for local communities.

In addition, China has provided over 20,000 government scholarships and more than 1,700 degree education places for African countries.

The co-construction of Belt and Road and alignment of development strategies are rising as new highlights in China-Africa cooperation.

China has inked cooperation agreements on Belt and Road with more than 10 African nations, and is discussing on the signing of such deals with over 20 African countries, which means that an upsurge for Africa countries to join the co-construction is now around the corner.

The concrete actions of China-Africa cooperation set a model for the rest of the world when cooperating with Africa.

China has been devoted to increasing the representativeness and right to speak of African countries in multilateral fora including the UN, G20 and BRICS cooperation. The fruits from bilateral cooperation made the world realize the great importance of the principles and concepts China upholds in dealing with Africa.

China has stressed that other nations are welcomed to join the open economic and trade cooperation between China and Africa based on the principle of mutual benefits and win-win results.

China has also reiterated its willingness to launch third-party market cooperation in Africa together with other countries.

The world is watching how a deepened China-Africa cooperation will help African countries play a more effective part in international industrial specialization and share the dividends of economic globalization, which is beneficial to the general orientation of economic globalization, more balanced world economy and ample release of potential and vitality of global growth.

Edmond Moukala, chief of the Africa Unit at the World Heritage Centre at the United Nations Educational, Scientific and Cultural Organization, described China-Africa cooperation as an important factor for current and future development of the world, saying that it supports the sustainable growth of the global economy.