OPINIONS Op-Ed: Deal or no deal, the Brexit mess shows how Western-style democracy can fail

Op-Ed: Deal or no deal, the Brexit mess shows how Western-style democracy can fail

The Brexit crisis has been dragging on for a long time now. A referendum—a vote in which basically everyone can take part—was held in June 2016 to decide a serious and complex issue: “Should the United Kingdom remain a member of the European Union or leave the European Union?” The decision that followed has not only plunged Britain into chaos but also created huge uncertainty over the future of UK-EU relations, which will haunt the UK and the world for years to come. 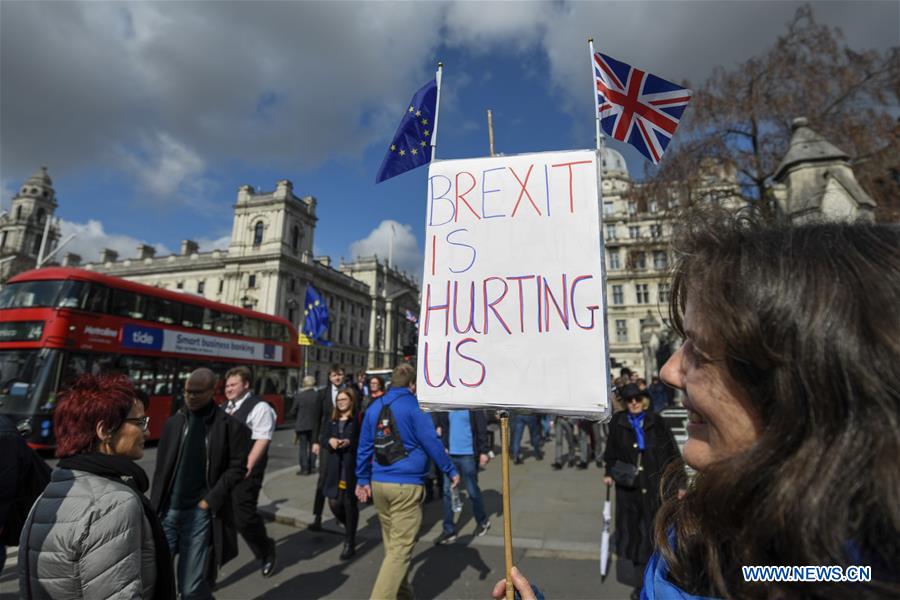 An anti-Brexit protester holds a placard outside the Houses of Parliament in London, Britain, on March 19, 2019. (Photo: Xinhua)

The UK had been scheduled to leave the EU on March 29, 2019, two years after the Brexit decision. However, the country is deeply split over Brexit and there is no plan for what comes next. Until recently, the UK had been due to exit the EU on April 12, with or without a plan. However, according to the latest extension agreement with the EU, the UK has until October 31 to find the best solution.

Regardless of the outcome, Brexit should serve as a warning sign that Western-style democracy can be more than just messy—it can fail. Brexit has shown what can happen when planning and rationality are thrown out the window and when populism prevails in making a crucial decision like the one to leave or stay in the EU.

In fact, chaotic episodes are unfolding across the Western world, raising questions about the credibility and effectiveness of Western-style democracy, and this has led people to ask what is different about China’s socialist democracy and what its advantages are. 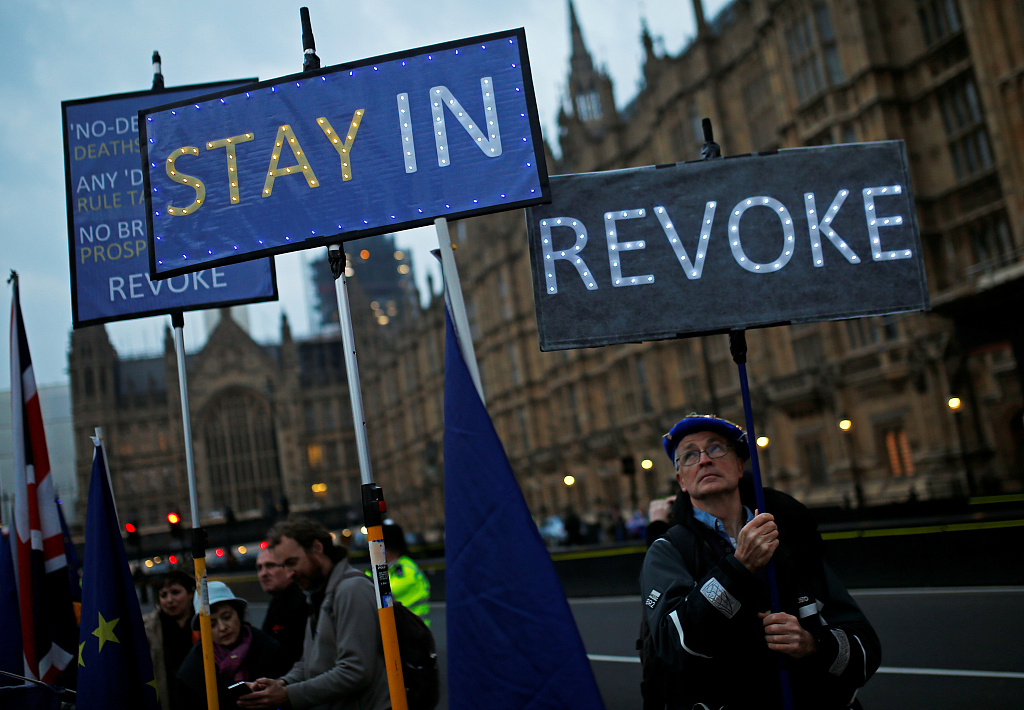 Anti-Brexit protesters are seen outside the Houses of Parliament, in London, Britain April 8, 2019. (Photos: VCG)

For academics like Zhang Weiwei, a professor at Fudan University, the Chinese system has two main advantages: democratic centralism and consultative democracy. As Zhang explains it, these advantages mean that China really consults a wide range of opinions before it makes decisions. In the end, he says, you reach better decisions.

A typical example is China’s five-year plan process, which is used to orientate the country, the economy, and social development. The planning process involves hundreds of rounds of discussions at all levels with input from the government, people inside and outside the ruling party, think tanks, and people from all walks of life.

This is very different from the American model for instance. In the United States, politicians try to “sell” their ideas to the public. This invites a variety of special interests and other groups to influence the public through various ways. In such a system, there is a large gap between how democracy is sold and how it works.

In China, after the country releases a five-year plan, the government explores the best ways and means to implement the plan, and various measures are generally added to suit local conditions since China is a big country and situations are different.

The essence of the system is to reach the best possible decision after a reasonable amount of discussion, which is important in a large and diverse country like China, as well as the UK. As Zhang has pointed out, the outcome of a referendum might not matter so much for a country with a small population, but in a country like China, even if only 10 percent of the people disagree, that is equal to about 140 million people.

Therefore, many Chinese scholars argue that the Brexit vote was a fatal mistake. The gap between leaving and not leaving the EU was very small, with the UK voting to leave the EU by 52% to 48%. Not only was the outcome of the referendum unpredictable, but the result has exacerbated the deep divisions in Britain rather than build consensus.

The outcome shows that the referendum process is just too primitive to work effectively in today’s world. It worked in ancient Greek towns with a population of 10,000 people, but the UK is one of the world’s biggest economies with a population of over 66 million people. To make matters worse, at the time of the referendum in 2016, the relationship between Europe and the UK, which is built on a mountain of agreements, was generally misunderstood, and most British people did not understand Brexit.

The Brexit mess reveals a lot about rising populism in the West. Remember the big red Brexit Bus with a loud political ad that screamed: “£350 million?” It warned British citizens that the EU was a drain on the national economy and that the millions it sends to the EU every week could be used to fund things at home like the National Health Service. It boiled down to money, so old people voted overwhelmingly in favor of Brexit and the interests of young people were sacrificed.

Unlike Western-style democracy, China’s consultative democracy aims to bring people together in order to pool wisdom and reach consensus among the largest possible number of people. It works by representing the overall interests of the people. Such consensus is much harder to accomplish in the Western model, where decisions are largely made by a small circle who then try to sell them to the public.

Who knows what is next for Brexit. For sure, the chaos will likely rage on for years, regardless of the outcome in October. But what we do know is that the UK’s Brexit drama has trapped the country in a serious political dilemma, and it should serve as an example of Western-style democracy failure.

Cover image: Pro and anti-Brexit supporters protest outside the Houses of Parliament in London.