OPINIONS Op-ed: No way out for unilateralism

Op-ed: No way out for unilateralism

The collision between the unilateralism under the banner of “America first” and the multilateralism that values equality and cooperation is getting increasingly fierce these days.

During the current session of the UN General Assembly, plenty of UN officials and global political heavyweights voiced their opposition against the US-held unilateralism, expressing their strong will in safeguarding the multilateral trading system.

UN Secretary-General António Guterres said that multilateralism was under fire while the world needed it most. He noted that the world was suffering from trust deficit disorder, and polarization and populism was on the rise in some countries, calling on all countries to promote and support multilateralism. 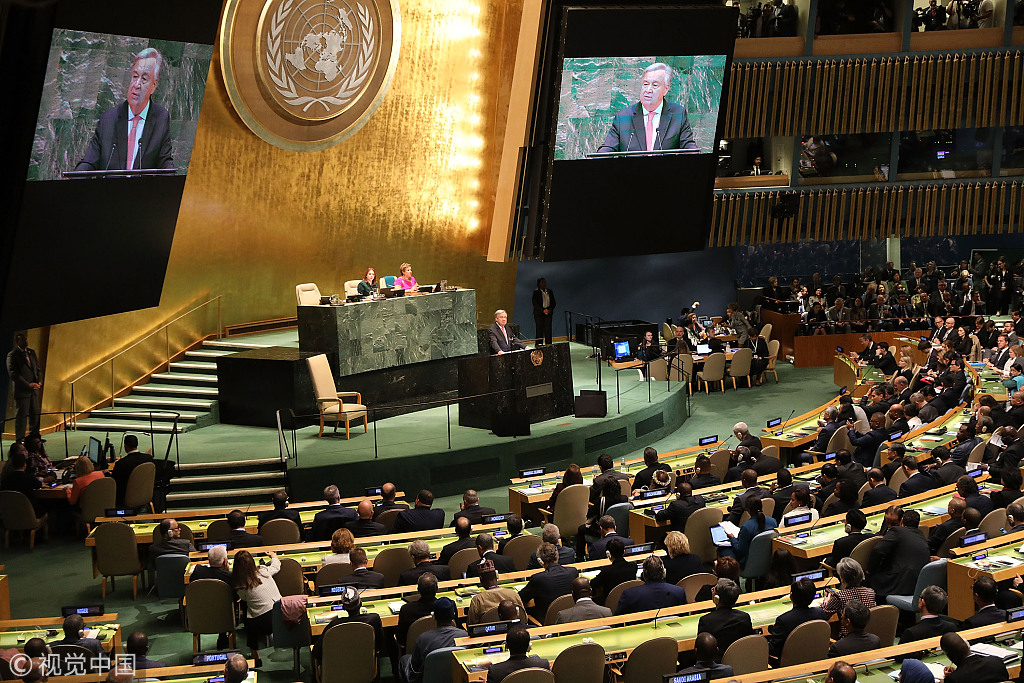 At present, trade protectionism is widely criticized by the international community. People are worried that protectionist measures would lead to isolationism, thus imperiling international systems, damaging world economy, and spoiling the opportunity for common development.

“In today’s multi-polar world, the more the US goes one its own way, the more other countries are empowered to do so, too. That makes this year’s general assembly fraught with danger. It is also an opportunity for those who believe in international co-operation to stand up for it when it is needed most,” wrote a Financial Times editorial titled “At the UN, America first becomes America alone”.

American political philosopher Francis Fukuyama once said that the US injected many unstable factors into the world’s politics. The politics under the realm of “America first”, according to him, would only lead to a world of “America isolated”.

Leaders of the US could not avoid globalization, commented columnist Robert J. Samuelson of the Washington Post in a recent article, explaining that globalization was wide-spread and deep-rooted.

Time Magazine also pointed out that the idea of “America first” might cause the end of the US’ leading position that has been maintained for 72 years.

The world’s muti-polarization trend is unstoppable, and it is impossible for unilateralism to prevail

and find a way out. It is the call of the times that we should stick to multilateralism and improve global governance so as to seek common interests for all countries around the world.