Opening wider — that's good for both China and the world: China Daily editorial 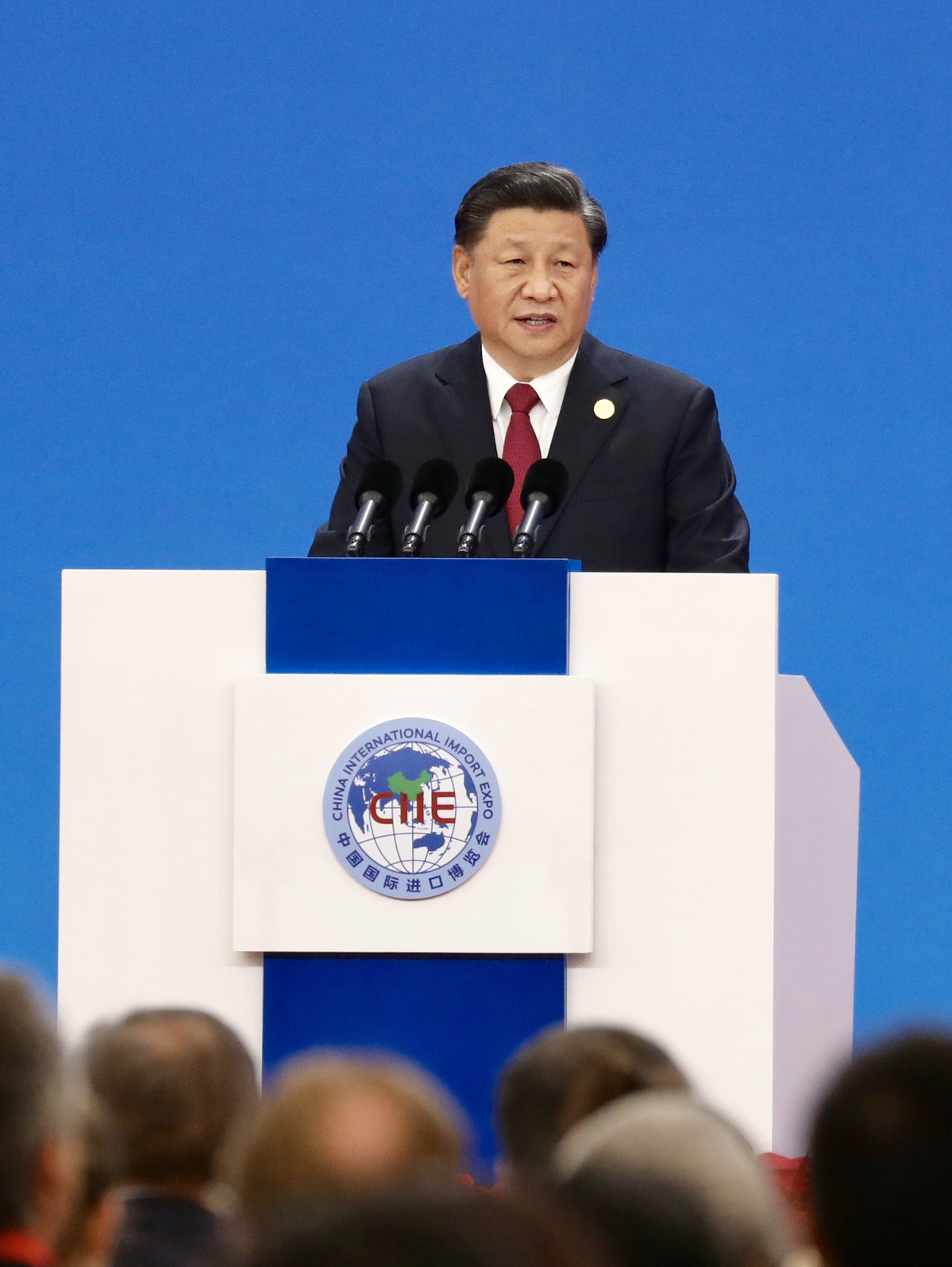 President Xi Jinping's keynote speech at the opening ceremony of the second China International Import Expo in Shanghai on Tuesday indicated China wants the event to be a new platform to synergize global efforts to promote the irreversible trend of economic globalization for the benefit of all countries.

By reporting that most of the 98 initiatives that were agreed with foreign leaders at the first expo have been completed or going well, Xi was telling the world that China takes its words seriously, and it always matches its words with deeds.

Which should instill confidence in other countries that China will fulfill its pledge to deepen multilateral and bilateral cooperation, and that it will continue to open its door wider to the world.

As Xi said, the country stands at a new historical starting point, and it is improving its governance system so that it can better promote reform, development and innovation to realize a higher level of opening-up. Which is a two-way street: Not only is the world big and full of opportunities for China, so too is China for the world — see for yourselves, he exhorted.

As one of the few countries to have a comparatively complete industrial system, fast expanding innovation ambition and ability, and first-class manufacturing capacity, China is in a good position to transform its championing of inclusive development into substantial forces to boost the global flow of production elements — which the world economy is in a dire need of — to deepen the integration of technologies, industries and market to better serve the whole of humanity.

With more than 90 percent of the world's economies in a synchronized slowdown, China has stepped forward to marshal efforts to realize better balanced globalization and a more efficient and responsive global economic governance system.

That's why the pro-globalization suggestions Xi proposed in his speech were warmly welcomed by his audience in the auditorium as they provided concrete actions on which countries and international organizations can concentrate their collective efforts.

True, few governments have the executive power and mobilizing capacity as their counterpart in China in translating vision into reality in a predictable manner. But that should not stop them from making their contributions to realize more inclusive and mutually beneficial development.

However, as Xi said, one country alone cannot solve all the problems confronting the global economy. China is playing its part in reaching out to other countries and offering them more market, investment and growth opportunities. Others should look toward the future and join hands to build a community of shared endeavor rather than letting go to pick up a trowel and mortar to build walls.