OPINIONS Opinion: A mission of legal aid for migrant workers in China

Opinion: A mission of legal aid for migrant workers in China 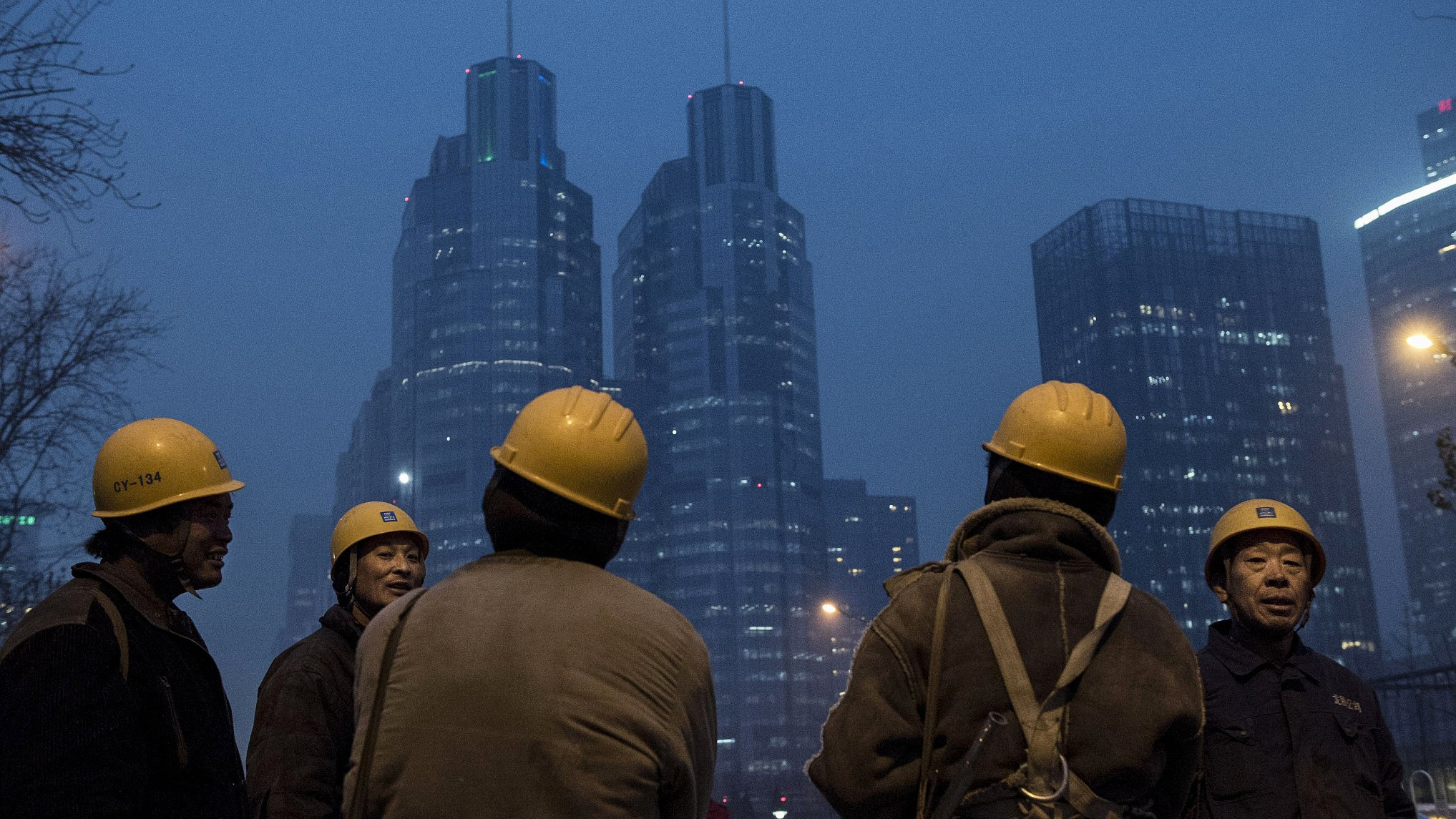 (Chinese migrant workers talk after their shift at a construction site in Beijing, China, on December 9, 2014. (Photo: VCG )

The rapid urbanization process in China in the past four decades has caused a huge flow of migrant workers. The millions of migrant workers not only contribute to the construction of the highways, railways and ports, but also the residential and office buildings in the cities.

China's infrastructure is updated and modernized, even better than most Western developed nations. But more than that, urban residents may not have a happy and comfortable life without migrant workers' assistance and support. When the Spring Festival comes, the migrant workers will go back to their hometown to be reunited with their family and the crowded Beijing city will be empty.

In a word, the migrant workers have played a very important role in China's economic development.

The state has taken various measures to protect the rights and interests of migrant workers. Since China's reform and opening-up in 1978, the concept of the rule of law has gradually taken root in people's hearts.

A series of policies, laws and regulations, as well as judicial interpretations, have been promulgated to solve the problem of nonpayment or late payment of wages of migrant workers, which has achieved great results.

At the legal protection level, the National People's Congress has adopted the Labor Law and the Labor Contract Law to protect the legitimate rights and interests of laborers, including the migrant workers.

The amendments to the Criminal Law (8) formally stipulated the crime of "refusal to pay labor compensation," increasing the punishment for nonpayment of wages to criminal punishment, which dramatically reduced the phenomenon of wage arrears.

The Supreme People's Court issued judicial interpretations on compensation for construction projects and wages payment in construction fields etc., giving priority to the payment of wages for migrant workers, which is even prior to the mortgaged right of banking institutions.

In judicial practice, China has provided a large number of services for migrant workers in protecting their rights in case of filing, trial and execution, making it more efficient and convenient to claim their income and compensations.

At the policy support level, the State Council has promulgated the Opinions on Further Improving the Work of Migrant Workers, 2018 Annual Measures to Ensure the Payment of Wages for Migrant Workers, and other policy measures in this regard. Various ministries and commissions and local governments have also issued supporting policies to limit the arrears of wages for migrant workers in various aspects and all of which effectively safeguard the rights and interests of migrant workers.

At the level of migrant workers themselves, they've come to realize their legal rights and began to take legal measures to protect their rights and interests. Because of their low income or no payment of their wages, some of them are not able to engage a lawyer to help them. Thus the legal aid system has been established to help those migrant workers who are in need of lawyers help but cannot afford the fees.

Many Chinese lawyers, including Mr. Zhou Litai and Mr. Tong Lihua, have been helping migrant workers win back their rights for many years. They spared no efforts in helping the migrant workers in individual cases, winning the respect of the general public and praise of the government. They not only witnessed the rapid development of China's legal aid system, but also found the existing problems.

To help more migrant workers in need of legal aid, it's necessary to lower the conditions and simplify the procedures to apply for the legal aid by the migrant workers. What's more, the government is supposed to allocate more funds to the legal aid program so that more and more lawyers would join in.