OPINIONS Opinion: A trade war with no winners, and no good reason

Opinion: A trade war with no winners, and no good reason

Donald Trump was seething about perceived unfair trade practices from America’s leading global trade partner. “They knock the hell out of our companies,” he told a television interviewer. He continued his rant in a magazine interview: “First they take all our money with their consumer goods, then they put it back in buying all of Manhattan.” 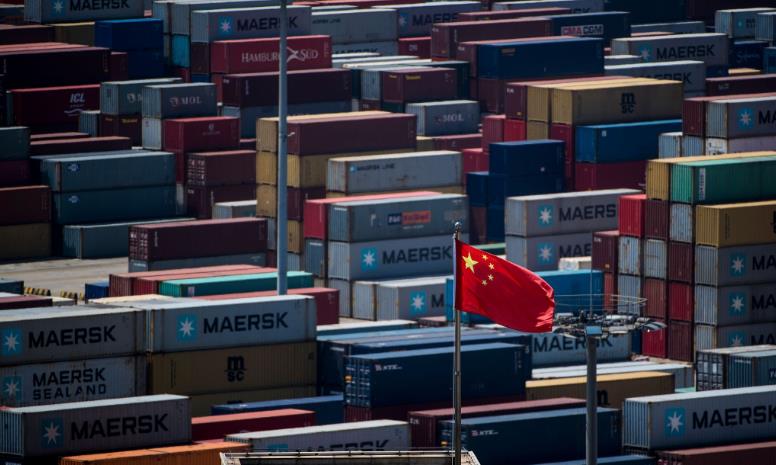 A Chinese flag is seen in front of containers at the Yangshan Deep-Water Port, an automated cargo wharf, in Shanghai, April 9, 2018. (Photo: VCG)

If you think these are recent comments from Trump’s nascent trade war with China, you’d be wrong. Trump instead was raging about Japanese economic ascendancy, first in a 1988 interview with Oprah Winfrey, and then in a conversation with Playboy magazine in 1990.

Trump’s trade worldview was formed in the boom-and-bust Manhattan real estate world of the 1980s, and it has changed little. The target is different: Now China is Trump trade enemy number one, rather than Japan. But despite the passage of time and his changing target, Trump’s essential gripe hasn’t changed in three decades: In his view, unfair trade practices, currency manipulation and rising trade deficits are the cause of America’s economic ills, not the declining competitiveness of old-line US manufacturing industries in a globalized supply chain.

“Trade wars are good, and easy to win,” Trump tweeted on March 2 as he threatened tariffs on Chinese steel and aluminum.

The trade frictions turned into a trade war on May 31 when Trump’s steel and aluminum tariffs took effect. The US president upped the ante on July 6 with tariffs on 818 goods with a total value of 34 billion US dollars. He pledged to add 284 goods equal to 16 billion US dollars worth of imports, and threatened up to 500 billion US dollars in unspecified tariffs at a later date.

China immediately implemented retaliatory tariffs, called on the World Trade Organization to punish US violations of global trade rules, and said it would match future Trump escalations. The Ministry of Commerce said Trump had “launched the biggest trade war in economic history so far.”

While the United States may have some legitimate complaints about market access, intellectual property and technology transfer, those are issues best addressed through bilateral negotiations and multilateral institutions such as the WTO. That’s the route preferred by Trump’s predecessors, Barack Obama and George W. Bush. What’s more, the Trump trade stance is rooted in an outdated vision of China as a currency manipulator, an argument that may have been valid 20 years ago but has been rejected almost universally in recent years. Trump also remains fixated on the concept of a merchandise trade deficit, although most economists say the US -China trade imbalance does little damage to the American economy.

Trump’s aggressive trade tactics have won applause from his “America First” political base of populists and economic nationalists, but it has divided the US business community and Trump’s economic team. Internationally, it has created a backlash from traditional American allies in the European Union, Canada, Mexico, Japan and South Korea, who also have been nicked by Trump tariffs.

Despite Trump's optimism about easy victories, the unfolding trade war thus far has produced no winners and many losers, in America, China and around the world. The American and Chinese stock markets have declined. US companies have seen the cost of manufacturing rise as tariffs drive up the costs of raw materials. US consumers have been punished with 16 per cent increases in the prices of clothes washing machines since March. Farmers, particularly American soybean producers, have seen the price of commodity futures decline significantly.

Chinese retaliatory tariffs will hit Trump’s political heartland. About two-thirds of the jobs in industries facing Chinese tariffs are located in US counties won by Trump in the 2016 election. Unemployment, meanwhile, has ticked up, perhaps reflecting the first bit of uncertainty about future economic growth. Some economists have predicted a drop in US GDP of one-half of one percent due to the current round of tariffs. “We could be living with those consequences three, five, seven years down the road,” Allen Armstrong, president of the Ohio Soybean Association, told the Dayton Daily News.

Greg Valliere, chief global strategist at Horizon Investments, said a trade war will “bring four negatives – somewhat higher inflation, growing anxiety in the US farm belt, uncertainty that could complicate long-term corporate planning, and a growing estrangement of the US on the global stage.

The impact has not been as pronounced in China, but the nation's manufacturers could trim hiring, importers face higher prices and lower profit margins, and Chinese technology companies could suffer. An extended trade war could put pressure on China’s currency and financial system.

The tariffs will disrupt global supply chains and could slow investment because of continued uncertainty. If Trump widens his targets to tax European auto imports to the US, he could spark a broader trade war that could tip many countries into recession.

Despite the risks, American trade hawks show no signs of backing down. “I think that the other side may have underestimated the strong resolve of President Donald J. Trump,” Trump trade adviser Peter Navarro said recently. “If they thought that they could buy us off cheap with a few extra products sold and allow them to continue to steal our intellectual property and crown jewels, that was a miscalculation.”

The Chinese government sees things very differently. “The United States has initiated a trade war and violated market regulations, and is harming the interests of not just the people of China and the US, but of the world,” Chinese officials declared in response to Trump’s actions.

The author, Rick Dunham is a co-director of the Global Business Journalism Program, at Tsinghua University. The article reflects the author's opinion only.