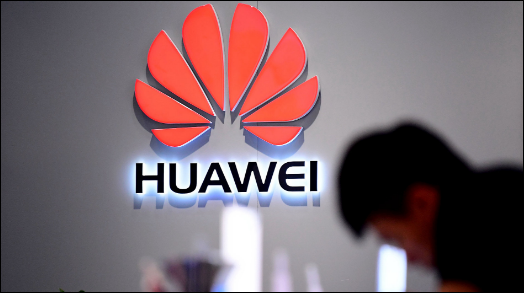 Cybersecurity is rightly a topic at the center of discussions by network providers and national governments when it comes to planning future networks. But it shouldn’t be used as a broad-brush excuse for anti-market behavior undertaken in the name of politics. And when it comes to Australia's ban on Huawei's participation in the construction of 5G networks, the excuse of "cybersecurity" is an untenable one.

If Huawei's networks are not secure, why would global network giants cooperate with it? According to information released by Huawei, Australian operators have already been using Huawei equipment for 15 years, and the Australian government has never challenged the company regarding the security of its networks, its corporate governance, or its business operations.

As Australia's largest 4G network technology provider, Huawei has been a driver of competition in the local telecommunications market, which has helped to reduce costs for Australian consumers. The development of 5G networks brings the promise of higher data speeds and lower latency. It will become the new competitive standard for the telecommunications industry.

Huawei ranks first in the world in terms of the number of 5G technology patents, and most Western countries, including the United Kingdom, New Zealand and Canada see that Huawei is well-placed to build their 5G networks based on their delivery of the existing 4G technology.

New 5G networks can be built along the same lines as the current 4G networks, with the core network and access network separated to defend the network’s security. Given Australia has allowed Huawei to build 4G networks in this way in the past, why block them from taking part in building networks in the future?

The reality is that in today's highly globalized world, telecommunications equipment, whether it’s from Huawei, Nokia, Ericsson or Apple, have similar global supply chains. These supply chains all pass through China. Even if Australia rejects Huawei's participation in the construction of its 5G networks, most of the 5G devices deployed by other vendors will still be made in China. So why is Australia rolling out the excuse of "cybersecurity" to close the door to Huawei?

The United States Congress recently passed a bill as part of the National Defense Authorization Act that prohibits any US government department, or businesses working with the US government, from using products made by Huawei or ZTE. Australia has taken its cue from the United States on the issue of security, and in doing so risks violating the bilateral investment and free trade treaties it signed with China in 1988 and 2015. The result will likely be higher prices paid by Australian consumers.

China has long been Australia's largest trading partner, but the United States provides the country with a security umbrella. Australia is trying to find a balance in its relationships with these two critical partners. Since last year, Australia-China relations have gone cold, and anti-China sentiment in Australia has been on the rise.

Despite being a privately-owned company with private and public industry partners around the world – including strong ties in Australia – Huawei has been tainted because it grew out of China.

Over the years, Huawei has benefited from its participation in the Australian market. And Australia has accelerated its efforts to upgrade its telecommunications networks to the benefit of its digital economy, thanks to the innovative products and services provided by Huawei.

Australian companies have experienced real gains, which should not be needlessly put at risk for political ends. If Australia wants to seize the opportunities on offer thanks to the coming revolution in information technology, it should take off its blinkers and welcome the participation of innovative companies like Huawei.