OPINIONS Opinion: Blame game not able to save lives

Opinion: Blame game not able to save lives 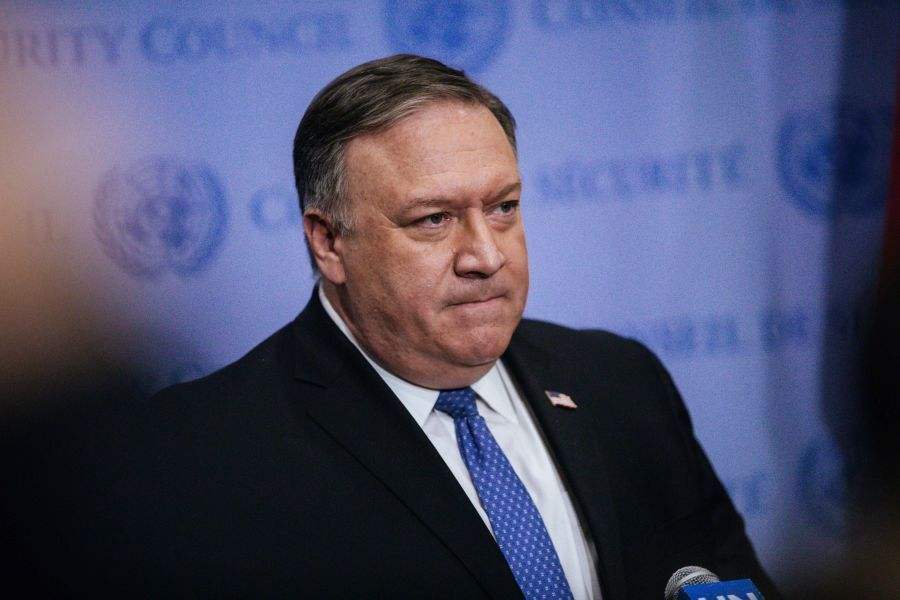 The exacerbating COVID-19 pandemic is taking lives around the world. However, some U.S. politicians, including Secretary of State Mike Pompeo, are “cooperating” with right-wing media outlets such as the Fox News to cover their incapability of pandemic response and shift blames to others.

They spread the rumor that the virus was manmade and escaped the Wuhan Institute of Virology, saying China covered up pandemic information. They even accused the World Health Organization (WHO) of delaying virus response.

It is reported that according to a Republican strategy memo, the party now sees attacking China as an opportunity to buoy their chances in the 2020 election. However, such political manipulation exactly revealed their vicious intentions.

The origin of the novel coronavirus is a serious and scientific issue that calls for meticulous and professional investigation from scientists. The “patient zero” of the 1918 influenza pandemic that originated in the U.S. is still not found today despite over a hundred years of searching.

So how can the U.S. politicians and right-wing media be so certain about the source of COVID-19?

As a matter of fact, their theory that the virus was manmade and leaked has encountered immediate and unanimous opposition from the science world, including American medical experts.

Authoritative academic journals such as The Lancet and Nature Medicine published articles underlining the natural origin of the virus, and a medical expert remarked that focusing on the origin of the virus rather than saving the people, is nothing different from murder. Those who attempt to only gain political benefits from disasters will only live in infamy.

Conspiracies can’t exist under sunshine. U.S. independent news site The Grayzone published an article revealing how conservative journalists cooperated with the U.S. government, as well as the making and spread of their conspiracy theories.

Vincent Racaniello, a professor of microbiology and immunology at Columbia University pointed out the lab leak theory is driven by politics and not science-based. Virologist Jason Kindrachuk from the Canadian University of Manitoba also said on Forbes that the escape theory lacks scientific supporting.

Shifting the blames to China isn’t all that the American politicians have done, and now they are passing the buck to the WHO. Rather than having a look back on their disastrous response to the pandemic, they attributed the spread of the virus in the U.S. to the so-called delayed informing from China and the UN health body.

It’s been recognized that China has always kept its information open and transparent, and the country has reported to the WHO and relevant U.S. organizations on Jan. 3. Besides, the WHO also released information to the world at the first opportunity, without any delay.

Beijing, Shanghai and Guangzhou all reported their first infection on Jan. 20, and that of the U.S. came only one day after. However, the virus developed in totally different ways in the two countries.

A joint letter was recently submitted to the White House by over 1,000 medical associations, charity organizations, pharmaceutical companies and experts around the world, saying the WHO and the Chinese government have always maintained close cooperation to make sure that they report public health data to the international society as early as possible.

China shared the genetic sequence of the novel coronavirus at the first opportunity, which laid a basic foundation for accelerating vaccine development.

Editor-in-chief of The Lancet Richard Horton told the truth. The inaction that followed the WHO’s emergency declaration, he said, was down to member states and not to China, adding that the world should be grateful to the country for its warnings and containment efforts.

The U.S. is currently the most hit-hard region in the world where the response failures of the government have sparked strong dissatisfaction of the society. However, some U.S. politicians, attempting to shift the blames, resorted to “red herring” though the situation is clear enough for all. They bragged their so-called achievements to the U.S. citizens while spreading rumors to the world.

The 57-page strategy document distributed by the Senate Republican campaign arm focused on one thing – to pass the buck to China.

Global scientists are concerned, as the rampant virus is new to this world and it takes time before vaccines are developed and people can finally get rid of its impacts on lives and health. Only mutual assistance can help the world get through the hard time, and only cooperation and solidarity can enable the world to better cope with challenges.

“While American leaders play the blame game, more lives are being endangered,” said Singaporean newspaper the Straits Times. It is far more productive for the US and its allies to focus on saving lives and working together with China to find an effective vaccine, the newspaper added.

China deserves respect for its efforts and contribution, as it launched an all-out war against the virus, conducted unprecedented lockdown of cities, and tried to treat the patients at all cost. This is obvious to all and will never be changed by political manipulation.

“This time the US must learn from others. Global cooperation and the sharing of best practices is our best hope to get out of this crisis alive and intact,” said Jeffrey Sachs, a professor at Columbia University.

To react to disasters with hatred and stigmatization will not only do nothing to help the U.S. overcome the difficulties, but also place a shadow over the world. In fact, the spiking number of COVID-19 deaths is a result of the inaction and blame game.

The U.S. politicians shall understand that the ignorance of people’s lives is inhumane and that seeking temporary relief regardless of the consequences will finally lead to bad results. The blame game, no matter how disguised, is self-deception. They should place such practices with concrete pandemic response actions, as well as stop speculation and take more responsibilities. Besides, they should also halt instigation and admit their wrong doings. Only by this can they save lives and end the tragedy.