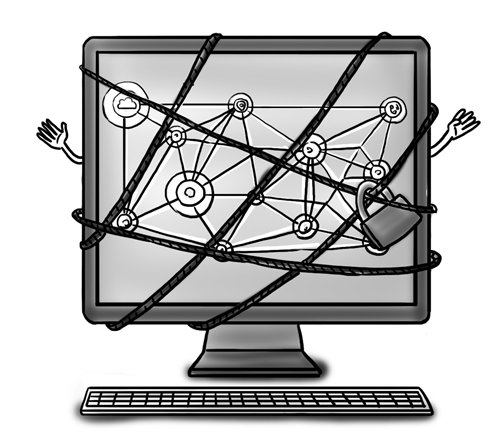 There are massive opportunities for blockchain technology in emerging economies, especially China, where there are serious thoughts about integrating blockchain into the increasingly innovation-oriented economy.

It matters greatly to today's world in which data is as crucial as oil, as the decentralized technology offers a new model of personal data storage and could potentially address the security threats overshadowing the digital boom.

China's open-mindedness toward embracing the technology would strengthen business and customer security in the world's second-largest economy, as well as paving the way for regulatory efforts across the globe to effectively harness the disruptive technology.

The recent Facebook data breach obviously raised alarm bells over the security of personal data. It's a global problem emanating from the existing model, which is essentially flawed in that every business has a database of personal information. That personal information is basically vulnerable because it's stored in a breachable system. And China has such dynamism in the digital and fintech space, with a huge number of people who are active online, that it's inevitable the country has grown concerned about personal data security.

Personal information should be kept and controlled by the person concerned. The current approach in which information is stored in a database is a broken model, and it cannot stop data breaches from reoccurring. So the model needs to be changed. That's the logic behind the growing preference for the decentralized approach, which allows for individual ownership of personal information and data.

There is massive potential in China in this regard, as the nation is looking to incorporate new technologies into its digitalized economy. Take China's approach to mobile communications for instance. The nation is considering a bespoke 5G network; no-one else in the world is doing that. China believes that technology has the potential to drive the economy forward.

In areas such as mobile adoption and payment apps, China is way beyond the rest of the world. As a consequence, businesses with expertise in blockchain are being pulled toward this marketplace, as it offers greater opportunities than other emerging markets.

It's true that India is moving from a completely cash-based society to a cashless one, and it is another major emerging market that is sought after by blockchain businesses. But China's market is a lot more developed, similar to what you might see in India in three to five years time.

In terms of potential, China is established while India is on its way. The potential for emerging markets, such as a large one like India is immense, but it might be slower to move, because efforts will be required to build the infrastructure rather than working with the existing infrastructure.

It also needs to be pointed out that the disruptive blockchain technology has prompted debate over how it can be properly regulated. What is required is sound regulation that doesn't hinder that progress, but accelerates it.

China is in a unique position in assessing what needs to be done to maximize the benefit of technology for its economy. While blockchain is technically borderless, workable apparatuses regulating the technology need to be developed first within nations before being applied globally. There's an increasing requirement for Chinese businesses to move to Europe and to the West. For example, China's market for smartphones is maturing, and consequently many of the domestic manufacturers in China have been expanding into Western markets. A similar principle could work in regulatory terms. China's oversight efforts for its own market could well be applied globally, so long as it works both for China and for the rest of the world.

China serves the rest of the world in terms of manufacturing extremely well, and pretty much everything comes from China. The country could also turn itself into a global blockchain hub, both in terms of the technology's application and its regulatory apparatus.