OPINIONS Opinion: Can the Lira crisis be an opportunity to improve EU-Turkey relations?

Opinion: Can the Lira crisis be an opportunity to improve EU-Turkey relations? 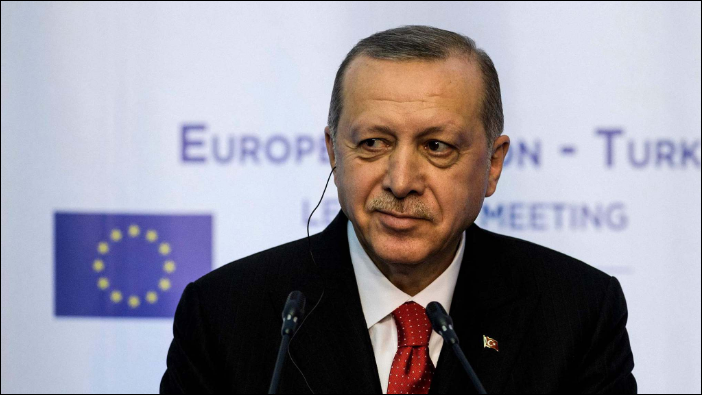 During the past two years, EU and Turkey have been experiencing a difficult time of bilateral relations. But recently, the Lira crisis, which made Turkey suffer and EU concerned, seems to be bringing an opportunity for the two sides to reconsider their relations.

The Turkey Lira crisis has been closely watched by the world. It is widely believed that the Turkish economy has shown clear signs of overheating with a large trade deficit, rising inflation and high corporate debt. As Turkey's neighbor, EU has a reason to be concerned with the current situation.

The Lira crisis can have a negative effect on Europe financially since European banks are exposed to the Turkish economy. For example, Turkey has borrowed $83.3billion from Spain's BBVA, and $38.4billion from Italy's UniCredit. Though the European economy has started to recover since 2013, there are still concerns that the banking system, particularly in the south of Europe, is still vulnerable. With the Lira crisis, the yield on Italian 10-year government bond rose to over 3%.

And politically, Turkey is also important for the EU. For the time being, one of the key challenges EU facing is the migration issue. As a "buffer zone" between Europe and the Middle East, Turkey is housing about 4 million refugees from the Middle East. Though EU and Turkey signed a deal on refugee, in 2016 the potential collapse of the Turkish economy could lead to the incapability of supporting incoming migrants.

That way, a new wave of migration may flow to Europe particularly Greece and Italy. Given the rising of populism, more migrants coming in would be very challenging for European solidarity.

In addition, US sanctions have made Turkey's diplomacy show a tendency of Looking East and Turkey has decided to buy Russian S-400 missiles as a member of NATO. Given the tensions of US-Turkey relations, it's a challenging job for the EU to maintain Turkey in the western camp.

With the reasons above, we are not surprised to see Turkish finance minister Berat Albayrak visiting Germany to meet his counterpart. After the Lira crisis, Turkey would also have to rethink about EU's economic influence. Improved bilateral relations will serve the interest of both sides. But the question is how?

For the time being, what can help Turkey bring down the crisis is external financing. According to IMF, about 23 percent of the short-term external debt, 180 billion US dollars, needs funding. Though it is still early to say Turkey needs a bail-out program, this possibility should be considered seriously given Turkey's economic situations. If that happens, would EU be prepared to deliver the financial support? EU does have the financial instrument of Macro-Financial Assistance (MFA) for non-EU countries, which has been used in recent years to help countries like Tunisia, Georgia and Ukraine.

But the EU explicitly states that "a pre-condition for granting MFA is the respect of human rights and effective democratic mechanisms". So far, it's not clear Turkish domestic politics can meet these criteria according to the EU.

In the long-term, a fundamental difference between the two sides is that whether Turkey can join the EU. The membership used to be a leverage for EU to influence Turkey's policy. But with Enlargement Fatigue, it is hard for EU to absorb a new member with a population of 800 million. Without an accession in the foreseeable future, it hard to expect the bilateral relations come back like before.