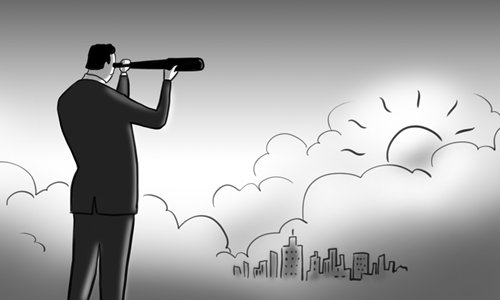 With ties on the uptick, the Japanese government published its annual Diplomatic Bluebook with more favorable references to Sino-Japanese relations on May 15. Chinese Premier Li Keqiang paid a successful visit to Japan and attended China-Japan-South Korea summit in Tokyo in early May. It was the first official visit by a Chinese premier since 2011 and one can see the momentum building up for improved relations. Both domestic and international dynamics are nudging Japan to improve ties with China.

On the domestic front, a series of scandals are plaguing the government and this has led Japanese Prime Minister Shinzo Abe to try to reap diplomatic dividends to offset the damage. In 2017, Abe managed to survive the Moritomo Gakuen issue in which the government allegedly sold a plot of land at an unusually low price to a school run by a friend of his wife. However, the issue returned to haunt Abe this year after 14 Ministry of Finance documents were found with the name of Ms Abe erased. It was speculated that Finance Minister Taro Aso, the closest political ally of Abe, should resign.

Junichi Fukuda, a top Finance Ministry official was forced to resign after he was accused of repeated seku hara (sexual harassment) of a female reporter. Furthermore, the Kake Gakuen issue is rekindling criticism of Prime Minister Abe when one of his then-executive assistants was alleged to win government approval to open a new veterinary department at one of the universities as "the prime minister's matter."

All this has made Abe's popularity wane despite no immediate risk to his position. Yet his re-election for the third term within the fold of the Liberal Democratic Party would not be certain. Therefore, it is understandable for Abe to make overt moves in foreign affairs to bolster his popularity.

Sino-Japanese relations seem to be the only avenue for Abe to show quick and impressive achievements. Although the Bluebook reiterates the significance of US-Japan ties, the room for further diplomatic bonus between Japan and the US appears to be limited. In early April, the Trump administration announced punitive tariffs of up to 25 percent on Japanese steel and aluminum products using the ruse of national security, despite Japan being its closest ally in Asia.

Before Abe's visit to the US in mid-April, Trump hinted at his possible interest in returning to the Trans-Pacific Partnership (TPP), which made many in Japan happy. But Trump clearly stated his preference for a bilateral trade deal with Japan after his joint press conference with Abe. Furthermore, there is no evidence that Japan had been consulted before Trump announced his decision of agreeing to meet with North Korean leader Kim Jong-un. Poll results showed that public assessment of Abe's visit to the US was only partly positive.

The regional dynamics brought about by a string of diplomatic offensives by North Korea in the past few months have dramatically altered the strategic landscape in North East Asia. In terms of Japanese relations with the two Koreas, the room for drastic improvements seems to be limited.

In terms of Japan-Russia relations, the potential would be equally limited despite Abe's efforts to build personal ties with Russian President Vladimir Putin. No obvious progress on the Northern Territory issue, known in Russia as the South Kuril Islands issue, has been seen. Based on this analysis, China probably would be the primary target for Abe's diplomatic dividends. Meanwhile, better China-Japan relations would be doubtlessly helpful for opening the Japanese dialogue window with North Korea. The emerging Japanese demand for developing friendly relations with China is an encouraging sign. But complacency should be avoided as the foundation of such relations is not solid.

On the day the Diplomatic Bluebook was issued, Japan updated its Basic Plan on Ocean Policy in five years in which it for the first time explicitly referred to maritime security by calling on the defense ministry and coast guard to develop an integrated information system with improved radar and satellite cover to protect uninhabited islands. You could read between the lines, even though China is not directly singled out in the document. The valuable window of opportunity for improving Sino-Japanese relations must be seized, but China should tread softly.